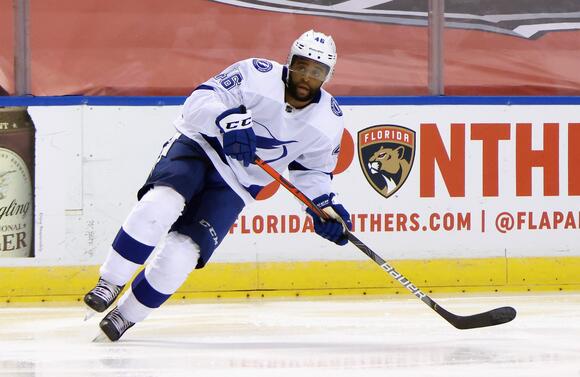 Now they're both in Detroit.

The Red Wings have claimed Gemel Smith off waivers from Tampa Bay, the club announced Wednesday.

The 27-year-old center has yet to play this season while recovering from a lower-body injury, but he'll give the Wings a physical presence down the middle when he's healthy.

Smith spent the past two seasons with the Lightning, where he tallied four points and 15 penalty minutes in eight games. The bulk of his action came with Tampa's AHL affiliate, where he was close to a point-per-game player. As he was the season prior with the Bruins' AHL affiliate.

At 5'10, Smith doesn't boast the size of his 6'2 younger brother, but he does appear to have more offensive upside. Gemel has averaged .68 points per game in the AHL, compared to .36 for Givani.

Now, when can they play on the same line?

I tell you what, you just watch him right now, he is on-tilt every freaking play. I can expect a lot more from that player this coming year.”
DETROIT, MI・1 DAY AGO
97.1 The Ticket

He’s been missed in Detroit, where the Tigers are last in the majors in runs scored. They’ve been particularly poor against right-handed pitching.
DETROIT, MI・1 DAY AGO