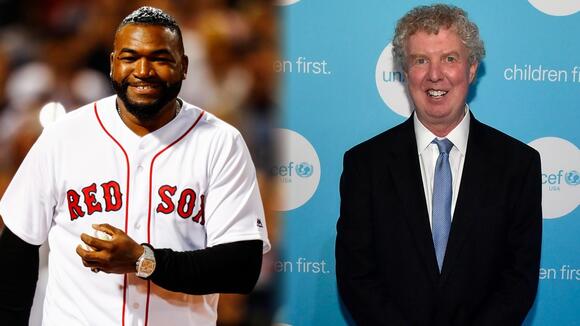 BOSTON (CBS) — Earlier this month, Dan Shaughnessy shared his Baseball Hall of Fame ballot — a ballot which included only Jeff Kent and notably did not include David Ortiz.

While Shaughnessy’s obviously entitled to his opinion, so is Ortiz. And the Red Sox legend let his feelings be known on the writer’s decision to leave him off the ballot.

“You know Dan Shaughnessy has been an a–hole to everybody, so what can I tell you?” Ortiz said on Merloni & Fauria on WEEI on Wednesday. “It’s not a surprise for me, it’s not a surprise for y’all. Now he didn’t vote for me, so what can I do? I mean, seriously, that’s not gonna stop anything. It’s just one guy that didn’t vote for you, and there’s nothing you can do about it.”

Ortiz and Shaughnessy do have one known issue from Ortiz’s playing career. It stems from a 2013 interaction when Shaughnessy asked Ortiz about being suspected of steroid use , based on his age and his native country being the Dominican Republic. Shaughnessy wrote that Ortiz “fit all the models.” Two years later, Ortiz wrote , “I wanted to kill this guy. But you can’t react. That’s what they want.”

(Ortiz never failed a PED test during his career, but he was named in a 2009 New York Times report about testing positive for a banned substance in 2003, when MLB instituted anonymous testing to determine if formal testing was necessary.)

Whether or not that history has any bearing on the present isn’t known, but Ortiz made his stance on Shaughnessy clear.

“He’s got no damn power, bro. You know that,” Ortiz said Wednesday. “He’s just got the power of the pen to write whatever he believe on. But everybody knows that he’s an a–hole. What else can you do?”

BOSTON (CBS) — When the Red Sox and Xander Bogaerts failed to agree on a contract extension ahead of the season, the shortstop said that he was done negotiating until the winter. He may be changing his tune a bit. Bogaerts’ future in Boston is one of the great unknowns at the moment. He can opt out of his deal at the end of the season, and while he continues to say that he would like to finish out his career with the only team that he’s ever played for, the Red Sox may not be too eager to give him...
BOSTON, MA・1 DAY AGO
CBS Boston

A Tom Brady Roast is coming to Netflix

BOSTON (CBS) — People have been making fun of Tom Brady for years. Whether it’s his hair, his diet, his expensive T-shirts, his dancing or a slew of other things, the seven-time Super Bowl champ is an easy target. In the near future, he’ll be taking a stage and hearing it all. Netflix has planned a new series called “Greatest Roasts of All Time,” and Brady will not only be the show’s executive producer, but its first subject, according to Variety. “To quote my good friend, Marshawn Lynch … ‘I’m just here so I won’t get fined,'” Brady told Variety. It’ll be interesting to...
NFL・2 HOURS AGO