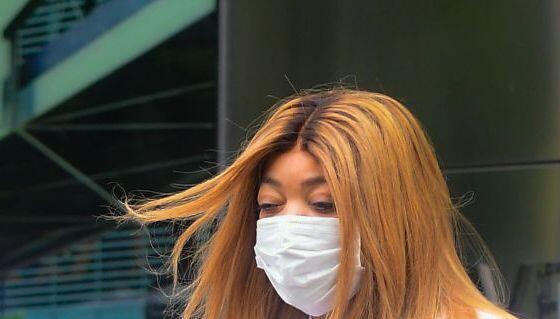 The ongoing concern surrounding beloved talk show host and former radio personality Wendy Williams has seen countless updates, many that tend to conflict with each other.

The latest proves to be no different, with many outlets saying the star is seriously down bad in terms of health while those in her inner circle are brushing off the negative press as nothing other than speculation.

Although we recently gave a rather positive update after her son shared a video of Wendy looking well and eating healthy , a recent article from The Sun is now describing Williams’ condition as a “sad spiral” after a source said “The spark is gone. That Wendy, who for ten years had that spark in her eyes, that cheeky grin and that little wink is not the same now.”

More info below on Wendy’s apparent loss of functionality and an inability to perform basic daily routines for herself, via The Sun :

“The insider added some days are better than others for the once feisty daytime diva.

‘She’s not always functioning like she used to be. She has days where she needs help eating, getting out of bed and getting dressed.’

‘Sometimes she goes out in a robe and without shoes on- the old Wendy would never have allowed herself to be seen out like that.’

Even more heartbreaking, the source added, she doesn’t always recognize people whom she’s known for years.

‘There are people who Wendy knows- who have worked closely with her- and there are days that she has no idea who they are.’”

Another source says told The Sun that her days of doing video segments might over completely, stating, “She really can’t do a video. She’s been having a hard time holding a conversation.”

Those who conflict with the aforementioned report include her son, Kevin Hunter Jr., who recently took to his Instagram Stories once again and wrote, “When the hate don’t work they start telling lies.” Her rep, Howard Bragman, also downplayed the health reports to Page Six by stating, “The health issues are inaccurate and any speculation about her not returning to the show is just that: speculation.” In that same report, Page Six was told by a source to not rule out a lot of what we’ve been hearing lately, telling the outlet, “The truth is a lot of the stories that you are hearing about Wendy are true and they are coming straight from the staff.”

Although we’re not exactly sure who to believe, the best thing we can all do is keep Wendy Williams in our prayers and continue to send her well-wishes and a speedy recovery. Thankfully it appears her guest hosts are holding things down swimmingly as seen below:

As much as I found her tabloid style TV show distasteful, as a human I find it sad that so many people are rejoicing over her mental and physical health issues... if it can happen to her it can also happen to either one of us... Lord God Grant her mercy and healing and the privilege to repent and give her life to your one and only SON JESUS Christ 🙏 🙏 🙏

It's hard to feel sorry for her. She has bad-mouthed and judged so many people, all while hanging out with slime balls like CardiB and other left wing nutjobs. I don't wish any harm to her, but she deserves whatever she gets.

Unfortunately for seasoned daytime vet Sherri Shepherd, it doesn't look like she'll be getting a blessing from talk show predecessor Wendy Williams anytime soon after some shade was thrown towards her upcoming show in a recent interview with Fat Joe.
TV SHOWS・7 DAYS AGO
Hello Magazine

Robin Roberts got emotional as she opened up about her relationship with partner Amber Laign, especially in the midst of a challenging health battle. The Good Morning America star made an appearance on The Ellen DeGeneres Show to promote her new book, Brighter By the Day. VIDEO: Robin Roberts enjoys...
CELEBRITIES・21 DAYS AGO
Davenport Journal

Unfortunately, the 27-year-old mother and the 31-year-old father say their baby daughter has months to live. The 1-year-old child is suffering from a rare condition which was caused by a gene defect both parents carry. The parents knew something was wrong with their child when the baby started to go off her food at six weeks. The baby also started to lose weight, the couple said. The condition was confirmed with genetic testing and the doctors said it affects her ability to absorb the nutrients she needs from food. The condition is so rare it is thought to only occur in one in 79,000,000 people, the doctors said.
WEIGHT LOSS・21 DAYS AGO
Insider

According to Tina Brown's new book, "The Palace Papers," Prince William was aware of his status as future king from a young age.
CELEBRITIES・20 DAYS AGO

Donald Trump didn't hold back when asked his opinions on the royal family during a sit down for Piers Morgan Uncensored. While chatting with the titular host for an interview that airs on Monday, April 25, the former president took aim at Meghan Markle, insisting he hasn't been "a fan" of hers "from the beginning" because of how she treats Prince Harry."Poor Harry is being led around by his nose," he told Piers Morgan. "And I think he’s an embarrassment." Trump also believes that the parents-of-two's dynamic will eventually lead to irreparable marital strife. "I want to know what’s going...
RELATIONSHIPS・21 DAYS AGO
Hello Magazine

The Today Show stars, including Hoda Kotb, Savannah Guthrie, and Craig Melvin, are reeling from the death of a beloved fellow Today host, one whose hiring onto the show made history at NBC studios. The co-hosts took a moment out of Monday morning's show to honor the legacy of Jim...
CELEBRITIES・21 DAYS AGO
Majic 94.5

UPDATE: Ms. Juicy Is Out Of The ICU After Suffering From A Stroke

According to Ms. Juicy Baby's agency, she is now out of the intensive care unit after suffering from a stroke.
CELEBRITIES・6 DAYS AGO
SheKnows

Click here to read the full article. It seems like everyone was rooting for Renée Zellweger and Ant Anstead to get together, including an unexpected duo: the Property Brothers. Drew and Jonathan Scott recently revealed that they were the ones that ended up getting Zellweger and Anstead to meet, and subsequently fall in love. And their hard work ended up paying off! Back on April 14, 2022, the Scott brothers sat down with ExtraTV to talk about everything from Drew’s upcoming fatherhood to Jonathan loving GF Zooey Deschanel’s Vanity Fair gown. While we loved the entire interview, we’re losing it over...
CELEBRITIES・22 DAYS AGO

Gender reveals have firmly become part of the 21st-century parenting journey. While once you had simply to decide whether to wait until your due date to know the sex of your baby, now you have the option of whether to shower your nearest and dearest with pink or blue fireworks, balloons, confetti, or cake to announce the big boy or girl baby news.
FAMILY RELATIONSHIPS・25 DAYS AGO
Newsweek

"Not only was that so disgusting but she was also starving your child," one user commented.
FAMILY RELATIONSHIPS・20 DAYS AGO
Fox News

Prince Harry and his wife Meghan Markle "were really stunned" after the royal family "shut the door" following their decision to step back from "The Firm." The claim was made by a former adviser to former Vanity Fair editor Tina Brown, who has written a new book about the British royal family coming out on April 26 titled "The Palace Papers: Inside the House of Windsor – the Truth and the Turmoil."
CELEBRITIES・21 DAYS AGO
Rolling Stone

Click here to read the full article. In his final day on the stand in his $50 million defamation trial against ex-wife Amber Heard, Johnny Depp told the court “the only person that I have ever abused in my life is myself.” After a three-day break in which the court was dark, the seven-person jury listened to a series of audio recordings — often chaotic and difficult to decipher — that included a Depp prediction that Heard “will hit the wall hard,” a phrase that also appeared in a text message written by the actor that was introduced to the court. “You...
CELEBRITIES・21 DAYS AGO

According to the boy’s mothers, a teacher at the charter school decided to cut their son’s hair while he was in distress, instead of calling them for help. Now, the mothers claim that this will not go unnoticed until everyone is held accountable. The boy’s parents were reportedly upset that the teacher didn’t find a more effective way to help their son aside from cutting his hair. The boy’s mothers also said that their son was proud of the afro he was growing. “What made her think that this is OK? if you were going to help my child why wouldn’t you do it the proper way, common sense way, the helpful way? By getting him some real help?” one of the mothers said.
MINNESOTA STATE・20 DAYS AGO
People

Paulina Gretzky walked down the aisle in Vera Wang!. The bride shimmered during her wedding with pro golfer Dustin Johnson on Saturday at Tennessee's Blackberry Farm. Gretzky showed off the stunning look on Instagram Monday in a photo of the newlyweds kissing. "4/23/22♥," she simply captioned the post. For...
BEAUTY & FASHION・20 DAYS AGO
People

Megan Fox wants her kids to express themselves however they please. In a wide-ranging interview with Glamour U.K. for their April cover story, the 35-year-old actress opens up about how she teaches her children, Journey River, 5, Bodhi Ransom, 8, and Noah Shannon, 9, about gender identity and encourages them to be confident in who they are.
FAMILY RELATIONSHIPS・20 DAYS AGO
Us Weekly

The show — and the vacation — must go on. Jada Pinkett Smith determined that the family trip to India wasn't going to be canceled due to Will Smith's Oscars slap. "Will and Jada have taken the family on [a] vacation that was already planned," a source exclusively tells Us Weekly. The Concussion star, 53, […]
CELEBRITIES・22 DAYS AGO
Outsider.com

Jay z Just Dropped Some Bars , That Young Thug Should Of Heard

Follow The Beat On Twitter:  https://www.youtube.com/watch?v=iHHBLt9Hnos Sign Up For Our Newsletter! Seems like the legendary HOV aka Jay z has been woke some years now, when, it comes to knowing what things to rap , and say about versus what to do and live. Press play of a throwback clip of Jay z breaking down […]
CELEBRITIES・4 DAYS AGO
Newsweek