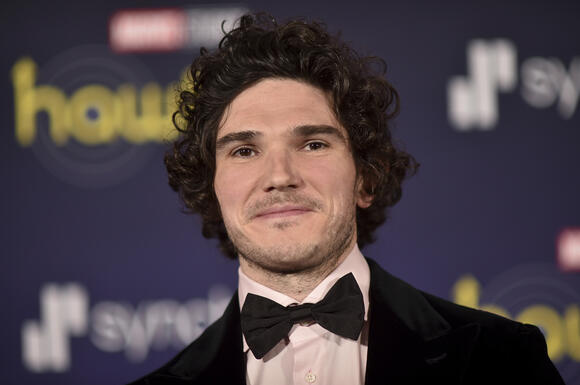 The eight-episode limited musical series, a prequel to the 2017 live-action film, was developed and written by Gad and Once Upon a Time creators Edward Kitsis and Adam Horowitz, with the trio serving as executive producers/co-showrunners. Tony Award-nominated director Liesl Tommy (Respect, Eclipsed) executive produces and directs the pilot.

Set in the iconic kingdom of Beauty and the Beast years before the Beast and Belle’s epic romance, the series will follow Gaston (Evans) and LeFou (Gad) as they set off with LeFou’s step-sister, Tilly (Middleton), after a surprising revelation from her past comes to light, sending the unlikely trio off on an unexpected journey filled with romance, comedy, and adventure. While the mysteries of the past are uncovered and the dangers of the present grow, old friends and new enemies reveal that this familiar kingdom harbors many secrets.

Fee will play Prince Benoit Berlioz, a childhood friend of Tilly’s who has grown into a handsome, charismatic, confident prince.

Fee was most recently seen in the role of Kazi Kazimierczak in the Marvel-Disney+ series Hawkeye . His other credits include Acorn TV series Dalgliesh, live-action film Cinderella, Les Misérables, Pixie and Animals.

Click here to read the full article. EXCLUSIVE: Brian Yorkey (13 Reasons Why) has optioned the film rights to Dan Mathews’ memoir Like Crazy: Life with My Mother and Her Invisible Friends, tapping Ted Malawer (Halston) to adapt it for the screen. Like Crazy follows Mathews and his outlandish mother Perry on an odyssey of self-discovery, as the former navigates the perils and rewards of taking in a fragile parent—ultimately discovering she had lived her entire adult life as an undiagnosed schizophrenic. Surrounded by a rag-tag community that rallies to help them, and one man who just may become the love of...
NFL・9 HOURS AGO
Deadline

Click here to read the full article. Ron Howard’s first animated feature, The Shrinking Of Treehorn, has been acquired by Netflix, Deadline can confirm. The upcoming film, described as a musical set in New York City during the holidays, is based on Florence Parry Heide’s 1971 children’s book of the same, which was illustrated by Edward Gorey. The story centers on Treehorn, a young boy who starts shrinking one day, even if his parents barely seem to notice. Rob Lieber (Peter Rabbit) adapted the script for the project, which was first set up at Paramount back in 2019. Howard’s Imagine Entertainment is producing...
NFL・9 HOURS AGO
Hello Magazine

Robin Roberts got emotional as she opened up about her relationship with partner Amber Laign, especially in the midst of a challenging health battle. The Good Morning America star made an appearance on The Ellen DeGeneres Show to promote her new book, Brighter By the Day. VIDEO: Robin Roberts enjoys...
CELEBRITIES・21 DAYS AGO

Click here to read the full article. It seems like everyone was rooting for Renée Zellweger and Ant Anstead to get together, including an unexpected duo: the Property Brothers. Drew and Jonathan Scott recently revealed that they were the ones that ended up getting Zellweger and Anstead to meet, and subsequently fall in love. And their hard work ended up paying off! Back on April 14, 2022, the Scott brothers sat down with ExtraTV to talk about everything from Drew’s upcoming fatherhood to Jonathan loving GF Zooey Deschanel’s Vanity Fair gown. While we loved the entire interview, we’re losing it over...
CELEBRITIES・22 DAYS AGO
TheStreet

Once again, Disney (DIS) - Get Walt Disney Company Report is finding itself embroiled in a political quagmire owing to its support of the LGBTQ community, after Florida Gov. Ron DeSantis punished Disney for denouncing his “Don’t Say Gay Bill,” by seeking to revoke Disney World’s designation as a special tax district (which as we pointed out, is ultimately a meaningless gesture).
FLORIDA STATE・20 DAYS AGO
Popculture

Netflix has canceled another one of its major shows, with this one getting the ax after only two seasons. Variety reports that hit sci-fi drama Raising Dion has been dropped by the streamer, following its recent season debut. The news seems to have been revealed by series star Sammi Haney, who shared the news with fans on Instagram. "Sad to say that Raising Dion is CANCELED [sic] Thank you for all of the amazing support we got from all of our wonderful fans!" Haney wrote, in part. "Season 2 was a success, equal to Season 1, even if just looking at how many people watched all of it and wanted a season 3!"
TV SERIES・20 DAYS AGO
Hello Magazine

Kate Hudson has realized one of her dreams and has taken to Instagram to share the incredible news with her 15 million followers. Sharing two pictures of her looking casual in a pair of baggy dip-dyed trousers and a white tank top, and singing into a microphone, the actress announced a surprising career change.
CELEBRITIES・21 DAYS AGO

One of the stars of This Is Us is on the move to a new network in advance of the show's series finale. Deadline reported in March that Chris Sullivan, who plays Toby on the NBC series, will headline a comedy pilot for ABC. His new show is set to be titled The Son In Law.
TV SERIES・20 DAYS AGO
Hello Magazine

Gwyneth Paltrow is a doting mom to two teenage children, Apple and Moses, who she shares with ex-husband Chris Martin. The family are notoriously private, but over the weekend the award-winning actress gave a rare insight into their upcoming plans - and how they are changing things up this year for Mother's Day.
FAMILY RELATIONSHIPS・20 DAYS AGO
Newsweek

While Pratt has never publicly expressed his views on sexuality, his links to a church that has been accused of supporting conversion therapy and being anti-LGBTQ have made him a target for online criticism.
MOVIES・21 DAYS AGO
SheKnows

The funny things that kids say are sometimes the cutest. With Eli currently in a coma, we haven’t seen Days of Our Lives actor Lamon Archey in action in Salem for a while now but he recently showed off a new look that had his daughter not only asking him why he decided on the change but also giving her opinion on why he did it in the first place.
CELEBRITIES・20 DAYS AGO

Depp said he discovered Disney would not recast him in "Pirates" days after Amber Heard's Washington Post op-ed article was published.
FAIRFAX, VA・21 DAYS AGO
Insider

From the gourmet meals and missions to the VIP perks and room with a droid, here's what the galactic experience was like — and why we'd do it again.
LIFESTYLE・21 DAYS AGO
Outsider.com

Spring is always a big time for engagements and weddings, and two beloved internet personalities are the latest to update their relationship status. On April 18, Rachel "Seltzer" Quirico revealed she and longtime boyfriend Trevor "TorcH" Housten were tying the knot after 17 years together. Both of them are beloved figures in the esports world, with Seltzer notably starring in the Syfy reality show WCG Ultimate Gamer. She's also hosted numerous esports tournaments and events for TV/streaming outlets; she also made a recent appearance on G4 TV's Boosted.
RELATIONSHIP ADVICE・21 DAYS AGO
PopCrush

90 Day Fiancé: Before the 90 Days star Johnny Chao is showing off a new look on social media. The reality TV star rocked a fresh-faced look on the show. However, Chao debuted some new facial hair in his most recent post on Instagram. More specifically, he grew a beard and mustache.
TV & VIDEOS・20 DAYS AGO
Deadline

Click here to read the full article. Fox has renewed 9-1-1 spinoff 9-1-1: Lone Star for a fourth season. The pickup was part of the network’s upfront slate announcement. Not included in it are Fox’s flagship scripted series 9-1-1 as well as fellow drama stalwart, The Resident. As Deadline reported over the weekend, renewal negotiations on both shows went down to the wire and could not close by Sunday night, in time for Fox’s Monday upfront presentation. From what I’ve heard, the network seems to have focused its attention on the tough decisions and bubble show renewals, and the ones that were...
NFL・18 HOURS AGO
Deadline

Click here to read the full article. Selena Gomez tonight made her debut as host of Saturday Night Live, speaking in her opening monologue about the Hulu series Only Murders in the Building, which has her starring alongside Steve Martin and Martin Short, and more. Gomez opened her monologue by noting that growing up, she’d watch the late-night show with her mother every week. “This is a big moment for me,” she said. “I actually started acting when I was seven, and I’ve been lucky enough to work with some Hollywood icons, [like] Steve Martin, Martin Short and, of course, Barney.” We...
NFL・2 DAYS AGO