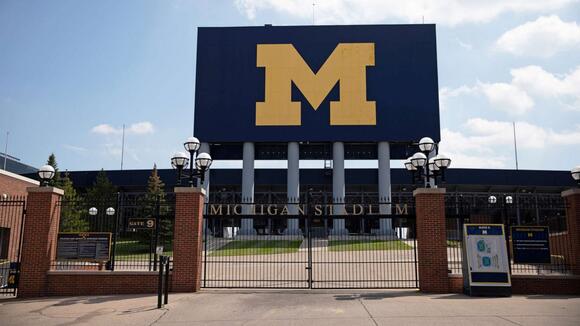 The University of Michigan announced on Wednesday that it's reached a $490 million settlement in connection with allegations against the late Dr. Robert Anderson, who served as the school's sports team physician from 1966 to 2003.

At least 1,050 victims have come forward with accounts, stretching back decades, that Anderson molested or sexually abused them . Anderson died in 2008.

Some of Anderson's victims filed lawsuits two years ago. Jamie White, an attorney representing 100 of the survivors, said in a statement that the school should be commended for taking responsibility financially.

"Most of our clients had a strong love for the university and did not want to see permanent damage, but wanted accountability. I believe we accomplished those goals," White said in a statement.

"This agreement is a critical step among many the university has taken to improve support for survivors and more effectively prevent and address misconduct," University of Michigan President Mary Sue Coleman said in a statement.

Nassar was sentenced in 2018 to 40 to 175 years in prison after pleading guilty to multiple sex crimes. In December, Nassar's victims reached a $380 million settlement with USA Gymnastics, the U.S. Olympic and Paralympic Committee.