Special stimulus check payments up to $1,261 are available – do you qualify? 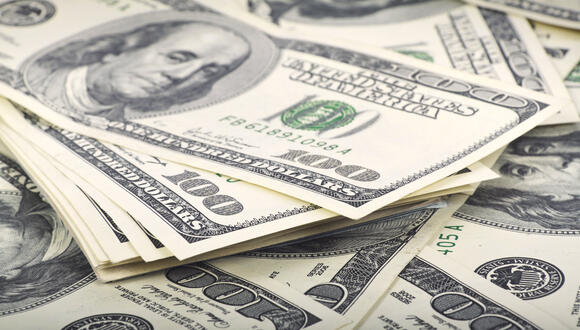 Millions of Americans are about to get what amounts to a pay hike. That’s thanks to a cost of living adjustment (also known as a COLA) that’s giving a boost to these disabled Americans’ Supplemental Security Income and other Social Security benefits.

That COLA stems from a key measure of consumer inflation from the US Dept. of Labor’s Bureau of Labor Statistics — the Consumer Price Index. That index tracks the price of certain goods and services bought by households. And it soared 7 percent in 2021, the biggest year-over-year increase in almost 40 years . Accordingly, the Social Security Administration has said monthly payments for its disabled recipients are going up 5.9% this year. An increase that will be reflected in Social Security checks going out this month. As well as in the Supplemental Security Income payments that started going out in December.

That 5.9% COLA increase was announced in the fall . It’s the biggest for Social Security recipients in about 40 years. And it likewise speaks in a roundabout way to the effects that inflation is having in the US right now.

Partly driven by costs associated with the pandemic, prices are soaring right now — for everything from cars to the price of groceries . The Dollar Tree retail chain for budget-conscious shoppers even announced that most of its prices going forward will be set at above the $1 mark implied in the chains’ name.

The Social Security Administration, meanwhile, mailed notices to recipients last month alerting them to the payment increases. The maximum federal benefit this year for Supplemental Security Income recipients will be $841 (and $1,261 for couples).

This news comes as monthly stimulus checks have dried up for millions of American families, following President Biden’s push to extend them having hit a brick wall in the Senate.

The “them” in this case are the monthly child tax credit checks that ended in mid-December. The political dynamic in the Senate is such that, unless Democrats can peel off a Republican vote or two, the votes just aren’t there for more of these checks right now.

Which belies the fact that the payments are, no surprise, pretty popular with Americans around the country. Especially considering that some 36 million or so got them for the six-month period they were available. Right now, though, one of the only related benefits that are guaranteed this year for a broad swath of Americans is the second half of last year’s child tax credit. That’s something which will come in the form of a tax credit. You’ll claim it when filing your federal tax return in a few weeks — or months, as the case may be.

Meanwhile, check out our most recent coverage of the latest stimulus check news below:

The post Special stimulus check payments up to $1,261 are available – do you qualify? appeared first on BGR .

MILLIONS of Americans are set to receive Social Security checks worth up to $1,657 tomorrow. The cash boost will come just 48 hours before Supplemental Security Income payments, worth up to $841, are set to land in around eight million bank accounts on April 29. Seniors with birthdays on the...
BUSINESS・27 DAYS AGO
GOBankingRates

May is almost here, and millions of households are looking forward to their next SNAP payments. See: Surprising Things You Can Buy With Food StampsFind: SNAP 2022 -- Is My State Giving Out Extra Money...
AGRICULTURE・1 DAY AGO
BGR.com

At the beginning of this year, it certainly looked like stimulus checks were going to be a thing of the past. A US Senator (Joe Manchin) had just signaled his opposition to continuing President Biden’s child tax credit checks, and that was that. Since then, however, states have taken up the mantle themselves, with one after another sending out localized stimulus checks and tax rebates.
INCOME TAX・2 DAYS AGO
GOBankingRates

According to the U.S. Department of Agriculture, emergency allotments were authorized under the Families First Coronavirus Response Act to help address temporary food needs during the pandemic for...
POLITICS・1 DAY AGO

If you're getting a home inspection, be on the lookout for this important contract term.
REAL ESTATE・30 MINUTES AGO
The Motley Fool

You could receive more than you expect from the federal benefit plan.
PERSONAL FINANCE・31 MINUTES AGO
The Motley Fool

This Crypto Mistake Cost Me Hundreds of Dollars

Don't make the same mistake I did.
MARKETS・30 MINUTES AGO