Why Ford Stock Is Down Today

Shares of Ford Motor Company (NYSE: F) were trading down on Wednesday, after the company previewed a series of one-time items it expects to report with its fourth-quarter earnings.

At first glance, Ford's preview, released after the U.S. markets closed on Tuesday, was good news. The company said it will report a fourth-quarter gain of $8.2 billion on its stake in Rivian Automotive (NASDAQ: RIVN) , which went public late last year. Ford said it will also realize a $3.5 billion accounting gain from its annual pension-fund remeasurement, and a $3.6 billion tax benefit related to its global restructuring.

That all sounds good, right? So why is the stock down?

This will take a little bit of explaining. Back in the first quarter of 2021, Ford reported a roughly $900 million gain on its Rivian investment, based on the valuation used in the then-private start-up's most recent funding round. At the time, Ford recognized that gain as income , not as a one-time item.

Then, during Ford's third-quarter earnings call in October, Ford CFO John Lawler said that once Rivian went public, Ford would retroactively recategorize that $900 million gain as a one-time item, not as income. 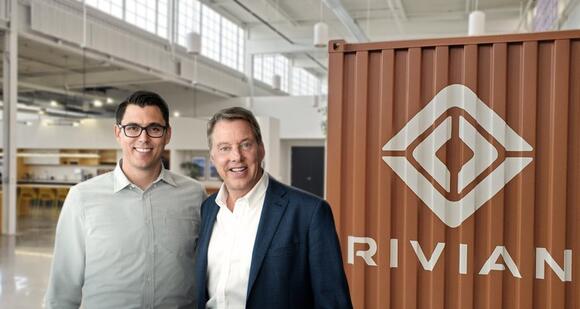 In yesterday's press release, Ford reminded investors of that recategorization plan -- and noted that it will affect the guidance Ford gave during that same third-quarter call, when it said its full-year adjusted earnings before interest and tax would come in between $10.5 billion and $11.5 billion, because that range assumed that the $900 million would still count as income at year-end.

But because Rivian went public before year-end, it won't be counted as part of Ford's 2021 income. Put simply, Ford has essentially revised its full-year earnings guidance lower because of an accounting change related to the timing of Rivian's initial public offering.

The change doesn't affect the long-term investment case for Ford in any meaningful way. But because the traders and algorithms are seeing yesterday's news as a "guidance cut," Ford's stock is getting clobbered today.

Auto investors can look ahead to Ford's fourth-quarter and full-year earnings report on Feb. 3 after the U.S. markets close, during which -- we hope -- Ford will make clear to Wall Street that this accounting change had no material effect on its finances.

Three companies that can beat the market in the coming years.
BUSINESS・2 DAYS AGO
The Motley Fool

The Dramatic News That Hit These 2 Iconic Stocks Hard Thursday

It's advice worth taking right now.
STOCKS・10 HOURS AGO
The Motley Fool