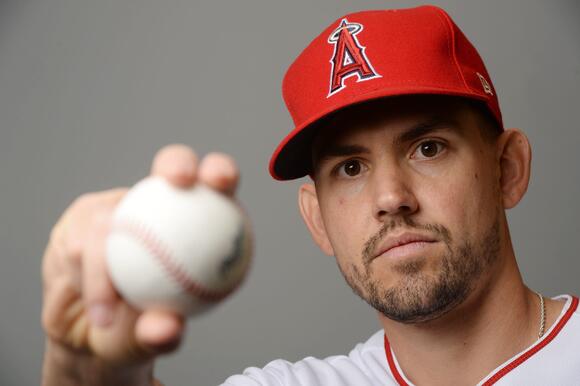 The Red Sox are inviting an intriguing arm to major league spring training.

The team announced that 32-year-old right-handed pitcher Taylor Cole will be participating in the Red Sox' Grapefruit League action after missing the entire 2021 season.

Cole has pitched in 57 big-league games between both the Blue Jays and Angels, making eight starts ( none going more than two innings). His most notable appearance came when the former BYU product contributed to a combined no-hitter for Los Angeles.

The Week of Franchy finished with a bang

The Boston Red Sox had quite a homestand, winning all but one of their seven games. And a big part of the whole production was a surprise to many, Franchy Cordero.
BOSTON, MA・1 DAY AGO
WEEI Sports Radio

Why and how Matt Barnes closed out Red Sox latest win

The Boston Red Sox chose to close out their latest win with Matt Barnes, who had faced just six batters in save situations all year. The reliever came through, nailing down the Sox’$2 6-5 win over the Mariners.
BOSTON, MA・2 DAYS AGO
WEEI Sports Radio

The Boston Celtics bounced back from their Game 3 loss with their most dominant postseason first quarter in 48 years, as they took a 29-11 lead over the Miami Heat through Game 4’s opening 12 minutes.
BOSTON, MA・2 HOURS AGO