Harry Styles announces UK and Ireland 2022 tour: How to get tickets 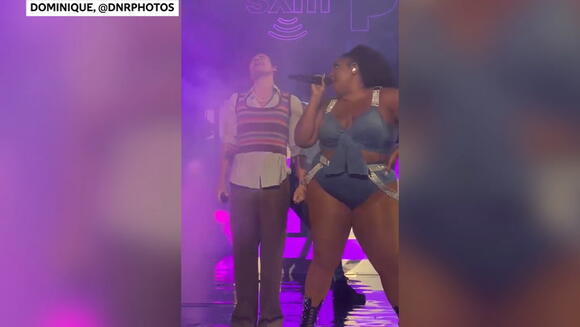 Harry Styles has announced his long-awaited tour dates for the UK, Europe and South America.

The pop singer was forced to reschedule dates due to the ongoing pandemic.

However, Styles has now revealed that tickets for the UK, Europe and South America shows will go on sale on Friday 28 January.

“I’m so happy to announce that ‘Love On Tour 2022’ is finally coming to the UK, Europe and South America,” he wrote on Twitter.

“Check your venue website for further information about your show, and protocols. I’m so excited to see you. Thank you, I love you. H.”

The 27-year-old will be joined by Mitski for his UK dates, which are as follows:

Arlo Parks will support Styles in Dublin, at the Aviva Stadium on 22 June.

Tickets for the Love on Tour shows go on sale on 28 January at 9am. Buy them here .

Styles was recently announced to headline this year’s Coachella festival , alongside Kanye West and Billie Eilish.

The festival, which will be held over back-to-back weekends on 15 to 17 April and 22 to 24 April, will also see Swedish House Mafia returning to the Empire Polo Ground desert.

Princess Eugenie has taken to her Instagram Stories to make an exciting announcement related to The Anti-Slavery Collective, which she co-founded with her best friend Julia de Boinville back in 2017. Resharing a message from the charity organisation, the mother-of-one revealed she was posting "news from my charity". WATCH: Princess...
CELEBRITIES・22 DAYS AGO
Fox News

Prince Harry and his wife Meghan Markle "were really stunned" after the royal family "shut the door" following their decision to step back from "The Firm." The claim was made by a former adviser to former Vanity Fair editor Tina Brown, who has written a new book about the British royal family coming out on April 26 titled "The Palace Papers: Inside the House of Windsor – the Truth and the Turmoil."
CELEBRITIES・23 DAYS AGO
The Independent

Members of the royal family delighted guests as they soaked up the sunny weather at Buckingham Palace’s second official garden party of the year.More than 8,000 guests attended Wednesday’s event, where they had the chance to mingle with the Duchess of Cambridge, the Earl and Countess of Wessex and Princess Alexandra.Kate, who wore an all-pink outfit, was in good spirits as she shook hands and chatted with attendees and charity representatives.Two particular excited guests, Awa Jagne, 23, and Sterre Ploeger, 31, from the inclusive theatre company Act Up! Newham, attracted Kate’s attention and she made her way over to them,...
BEAUTY & FASHION・2 HOURS AGO
The Independent

Members of the band Joy Division have called for better mental health support during a panel in the Houses of Parliament marking 42 years to the day since their frontman Ian Curtis killed himself.Curtis died in 1980 aged 23 on the eve of the Salford band’s first North American tour – shortly before the release of their second and final album, Closer.The group would continue under the new name of New Order, eschewing their dark post-punk sound in favour of synths and electronic beats, becoming a powerful commercial force.Bernard Sumner, 66, who played guitar and keyboards for Joy Division before taking...
MENTAL HEALTH・2 HOURS AGO

The UK may see “blood rain” this week as heavy thunderstorms mix with a dust cloud, forecasters say.Red or orange rain could fall in some parts of the country, as downpours, lightning, strong winds and hail move in.According to the Met Office, “blood rain” occurs when relatively high concentrations of red coloured dust or particles get mixed with rain, giving it a red appearance as it falls.A yellow thunderstorm warning has also been issued from Wednesday evening to the early hours of Thursday in the southeast, including London, saying people should expect to see disruption to travel.It comes after Britons...
ENVIRONMENT・3 HOURS AGO
The Independent

The Oscars are getting back to normal, eligibility-wise. After two years of pandemic-related adjustments, the Academy of Motion Picture Arts and Sciences said Wednesday that Oscar hopefuls will once again have to launch their films in movie theaters.Qualifying films are allowed to premiere “day and date” in movie theaters and on a streaming service, but their theatrical run must go for a minimum of seven consecutive days with at least one showing a day in one of six approved major metropolitan areas. The locations are still Los Angeles, New York, Chicago, Miami, Atlanta and the San Francisco Bay Area. The...
2 HOURS AGO
The Independent

All the British Airways flights cancelled today from UK airports

British Airways has cancelled more than 120 short- and medium-haul flights to and from its main base, London Heathrow airport on Wednesday.The Independent calculates 26 domestic flights have been grounded, including three round-trips from Heathrow to both Edinburgh and Glasgow.Ninety-eight international flights are cancelled, including three round-trips to each of Geneva, Lyon and Paris CDG.BA says the flight cancellations are all pre-planned and that passengers were given advance notice  – with some departures taken out of the schedules many weeks ahead.While airlines do not disclose passenger loads on the grounds of commercial sensitivity, if an average of 80 people...
AEROSPACE & DEFENSE・15 HOURS AGO