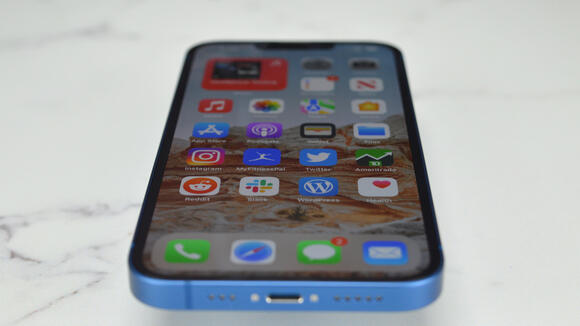 Several years after introducing 120Hz ProMotion displays on the iPad Pro, Apple brought the feature to iPhone last fall. But only the iPhone 13 Pro and Pro Max support dynamic refresh rates up to 120Hz. The iPhone 13 mini and iPhone 13 still feature 60Hz panels. An exciting rumor claimed a few days ago that ProMotion was coming to every iPhone 14 model, not just the Pros. But a reliable display analyst says that’s unlikely to happen this year. It’s not because Apple doesn’t want to upgrade its cheaper models. Rather, supply issues might delay the upgrade.

Last week, an analyst claimed that every iPhone 14 model would feature 6GB of RAM and 120Hz ProMotion displays. At the time, we noted that such upgrades will effectively bring Pro features to the cheaper iPhone 14 models. Even if the new iPhone 14 models do end up costing than their iPhone 13 predecessors, this sort of upgrade would still deliver an iPhone Pro experience to buyers choosing the non-Pro iPhone 14 models.

That said, it makes plenty of sense for Apple to have more Pro features trickle down to non-Pro iPhone 14 models. It’s how Apple does things, and ProMotion is the kind of upgrade that regular iPhone 14 models could benefit from. After all, everyone else in the industry is pushing high refresh rate screens on flagship phones, including handsets that compete directly against the entry-level iPhone 14.

Ross Young is the CEO of Display Supply Chain Consultants (DSCC), a group that studies the display industry closely. Young has been a reliable source of display information for various unreleased products, including the iPhone. And the display analyst has plenty of predictions for the unreleased 2022 iPhones.

Young said a few days ago that the iPhone 14 Pro screens will feature a dual hole-punch display design . And he also said recently that a 5.7-inch iPhone SE version should drop in 2023.

He also responded to iPhone 14 ProMotion rumors and explained why the feature is unlikely for the more affordable iPhones this year.

Young said that Chinese screen maker BOE doesn’t have enough LTPO capacity to ship the iPhone panels that would let Apple bring 120Hz support to iPhone 14 and iPhone 14 Max. So Apple has to wait until 2023 to make such an upgrade happen.

Over the past several months, iPhone 14 rumors have been popping up at a torrid pace. By the time WWDC 2022 comes around next month, we might already know all there is to know about the next iPhones. In fact, so much has already been revealed that the leaks are getting to be almost comically granular. For example, on Tuesday, display analyst Ross Young shared an incredibly specific detail about the new iPhone 14. According to Young, the screens on the iPhone 14 Pro models will be slightly larger than those of their predecessors.
CELL PHONES・5 DAYS AGO
BGR.com

Google unveiled the Pixel 6a on Wednesday, confirming every expectation that preceded Google I/O 2022. And every rumor. The leaks said the Pixel 6a would be a cheaper version of the Pixel 6, ready to offer the same performance thanks to the Google Tensor chip. Moreover, Pixel 6a leaks indicated the phone would not feature a headphone jack, which would be a first for the cheap Pixel A-series phones.
CELL PHONES・3 DAYS AGO
BGR.com

The iPod is finally dead as Apple discontinues the iPod touch

More than 20 years after introducing the original iPod, Apple is retiring the product line. On Tuesday, Apple announced in a post on its website that the seventh-generation iPod touch is the last iPod. Apple will continue selling iPod touch models while supplies last on Apple.com, in Apple Store locations, and at Apple Authorized Resellers.
ELECTRONICS・5 DAYS AGO
BGR.com

Motorola’s rollable phone leaked, but it’s not what you’d expect

Lenovo is reportedly the latest smartphone vendor to make a phone with a rollable display. The device is in development, according to a well-known insider. But the Motorola-branded rollable phone isn’t like similar projects from Oppo (above) and LG that aim to offer users a tablet-like display in a more pocketable format. Well, LG’s rollable phone is already history, as the Korean smartphone vendor abandoned the mobile business before bringing the device to market.
CELL PHONES・6 DAYS AGO

As part of a lawsuit between shareholders and Elon Musk regarding his “funding secured” tweet, new text messages and emails between Musk and people involved have been released. The communications pretty much confirmed how most people saw the situation: Elon Musk took a meeting with the head of...
BUSINESS・20 DAYS AGO
itechpost.com

Jeff Bezos, the founder and former CEO of Amazon, and Elon Musk, the CEO of Tesla and soon-to-be owner of Twitter, don't strike me as best buds. The two men have competed over the past few years for the title of the world's richest man, a title Musk holds. They also sort of compete in space, with Bezos' Blue Origin competing against Musk's SpaceX.
BUSINESS・19 DAYS AGO
BGR.com

The Pixel 6a is one of the most interesting products coming out of I/O 2022, a Google mid-range phone that will deliver flagship performance. The handset rocks the same processor as the Pixel 6 flagships, making the $449 handset just as powerful as the flagship models. The Pixel 6a will make some compromises to hit that price point, but the fingerprint sensor might not be one of them.
CELL PHONES・2 DAYS AGO

Elon Musk, the world’s wealthiest man, who thinks tunnels are immune to natural disasters, is purchasing Twitter. The company confirmed on Monday afternoon that it had accepted the billionaire’s offer. “Twitter, Inc. today announced that it has entered into a definitive agreement to be acquired by an entity wholly owned by Elon Musk, for $54.20 per share in cash in a transaction valued at approximately $44 billion,” reads the official press release. “Upon completion of the transaction, Twitter will become a privately held company.”
BUSINESS・20 DAYS AGO
BGR.com

Sometimes you find kitchen gadgets on Amazon that catch your eye right away. And once you finally get your hands on them, you wonder how you ever lived without them. It might be something sophisticated like an Instant Pot. Or, it might be simpler like the ThermoPro wireless meat thermometer that Amazon shoppers can’t stop raving about. If you don’t already have one, get it while it’s on sale at the lowest price in 2022.
RETAIL・5 DAYS AGO
BGR.com

Mapping and navigations are areas where Google shines thanks to products like Google Maps and Waze, which are must-have apps for so many people. Unsurprisingly, Google Maps got a short segment during the Google I/O 2022 keynote this week, where Google unveiled a new Google Maps immersive view feature. Immersive...
TECHNOLOGY・3 DAYS AGO
BGR.com

A new research report is out, revealing price information for used Galaxy S22 series models as well as the iPhone 13 and Pixel 6. Unsurprisingly, the iPhone 13 is the best at retaining resell value, in line with previous generations. Despite being the newest of the three, the Galaxy S22 is the worst at maintaining resale value.
CELL PHONES・5 DAYS AGO

Apple introduced the first dual-SIM iPhone in 2018 when the iPhone XS generation added eSIM support in addition to a regular nano-SIM. The feature has been available on every iPhone Apple launched since then, even the cheaper iPhone SE. The technology paves the way for iPhones that can work without a physical SIM card. Several reports this year claimed that Apple might soon start selling eSIM-only iPhones, although nothing has been confirmed by Apple or its carrier partners.
CELL PHONES・2 DAYS AGO
BGR.com

In the past, Samsung phones have not held up for long periods of time. It was almost like, if you had a Galaxy S8, it wasn’t a question of if the screen would break, but more of when would it break. Various tests showed that the Galaxy S8 and other Galaxy phones couldn’t handle accidental drops that many other smartphones could. That meant that you were having to more or less plan to have protective gear with your phone, shell out extra cash for insurance, or put some money aside for the inevitable accident that will ruin your display.
CELL PHONES・2 DAYS AGO
BGR.com

This has been a rather busy week for smartphone leaks and announcements alike. Not only did Google reveal the Pixel 6a and Pixel 7 on Wednesday, but we also saw leaked renders of the Galaxy Z Fold 4. Hours after he shared the Z Fold 4 leaks, Steve H. (@OnLeaks) returned with leaked renders of Samsung’s upcoming Galaxy Z Flip 4 as well.
CELL PHONES・3 DAYS AGO
BGR.com

Amazon recently announced that Prime Day will be in July this year. You could’ve fooled us though, because there are already so many incredible Amazon deals available right now. Highlights on Tuesday include Bluetooth earbuds with 4,500 5-star reviews for less than $19. You can also get a super-popular...
ELECTRONICS・5 DAYS AGO
BGR.com

The Galaxy Z Fold 4 is three months from release, which explains why the number of leaks is increasing. And why we already have renders showing the purported Galaxy Z Fold 4 design. The new phone might resemble the previous version, but it won’t be identical to the Fold 3. That’s what several design leaks have told us so far, and the renders put that in perspective.
CELL PHONES・4 DAYS AGO
BGR.com

The BGR Deals team dug through the deepest depths of the internet this morning. In doing so, we found incredible daily deals that you won’t even believe. First and foremost, #1 best-selling TP-Link Kasa mini smart plugs are down to a new all-time low price of just $5.75 each. You’ll also find a rare, albeit small discount on Apple AirTag 4-packs today.
ELECTRONICS・3 DAYS AGO
BGR.com

Google’s Pixel 6a appeared in countless leaks ahead of I/O 2022, suggesting that a launch is imminent. After a lengthy keynote that detailed Google’s newest software advancements across various products, Google finally unveiled its newest affordable Pixel offer. And now that Pixel 6a is official, we can tell you it’s the most exciting A-series Pixel phone Google ever made. And it’s not because the Pixel 6a starts at $449, although the price tag is undoubtedly exciting.
CELL PHONES・4 DAYS AGO
BGR.com

What happens when the country’s top online retailer starts offering deep discounts on the world’s best-selling headphones? Well, it doesn’t take a crystal ball to foresee sell-outs. And that’s especially true anytime Amazon has an AirPods Pro deal or deep discounts on other models. The first...
ELECTRONICS・5 DAYS AGO