Berkshire Hathaway (NYSE: BRK.A) (NYSE: BRK.B) CEO Warren Buffett is widely considered as one of the greatest investors of all time. One of Buffett's keys to success -- and a core lesson learned from his mentor Benjamin Graham -- has been to invest with a so-called "margin of safety." This concept centers on the idea of buying stocks trading a substantial discount relative to their intrinsic value.

While the intrinsic value of a stock means different things to different investors, one of the common themes across the galaxy of definitions for this time-tested investing concept is to focus on companies with strong free cash flows, a solid balance sheet, and a growing dividend program. By taking this approach, investors can essentially ignore the inherent volatility in the market from year to year and simply let the company's strong fundamentals do the heavy lifting, so to speak.

Which Berkshire Hathaway holdings -- a.k.a. Warren Buffett stocks -- are the best buys during this particularly volatile market? Dividend-paying pharma stocks AbbVie (NYSE: ABBV) and Bristol Myers Squibb (NYSE: BMY) are both outstanding buys for any type of investor right now. Here's why. 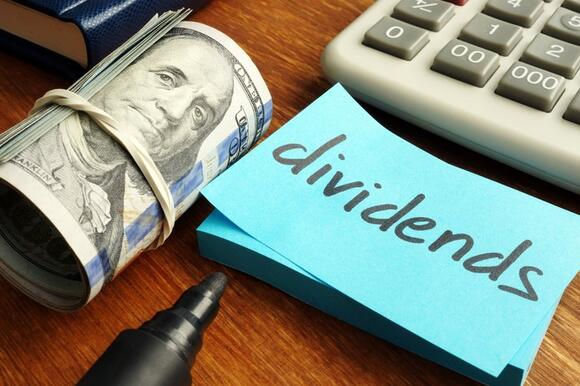 AbbVie is an oddball of sorts. Despite the looming U.S. patent expiration for its top drug Humira in 2023 and the ongoing bear market in biopharma stocks in general, AbbVie's stock has produced total returns (including the dividend) on capital of a healthy 28.7% over the prior 12 months. Investors have bid this top biopharma stock up for a couple of reasons. On the margin-of-safety side of things, AbbVie sports an above average annualized yield of 4.15% at current levels. Its shares are also trading at less than 9 times forward-looking earnings, which is a bargain-basement valuation for a large-cap biopharma.

On the growth front, the drugmaker's top line is projected to continue to rise in the low to mid-single digits over the next three years, despite Humira's upcoming battle with the patent cliff. By 2025, though, AbbVie expects its top-line growth to ramp up in a significant way, thanks to the strength of its five core business segments in aesthetics, eye care, hematologic oncology, immunology, and neuroscience. Specifically, a parade of newer drugs such as the autoimmune-disease medications Rinvoq and Skyrizi, as well as the novel cancer treatment Venclexta, are forecast to push the biopharma's annual sales to all-time highs in the second half of the decade. AbbVie's shares thus appear to be trading at a steep discount right now, relative to the company's longer-term prospects.

All told, AbbVie is a safe bet in an uncertain market.

Bristol's shares have essentially broken even from a total return standpoint over the prior 12-month period. Investors have been less enthusiastic about this big pharma stock than AbbVie because the company is set to go through a major portfolio churn later this decade. Bristol's top three selling medications -- cancer drug Revlimid, blood thinner Eliquis, and immuno-oncology superstar Opdivo -- are all slated to lose patent protection before 2030. This patent cliff risk, however, is arguably being overblown by this moody market.

The key reason is that Bristol expects to generate between $10 billion to $13 billion in new product sales by 2025, according to the company's recent J.P. Morgan Healthcare conference presentation. What's more, the drugmaker has one of the deepest and most robust clinical pipelines, with more than 50 early-stage candidates under development right now. Bristol is also likely to add a few key revenue generating products through bolt-on acquisitions in 2022 and 2023. Long story short, Bristol has the pieces in place to overcome this spate of patent expirations, and future business development deals should ensure that its top line continues to head higher over the long term.

You’re reading a free article with opinions that may differ from The Motley Fool’s Premium Investing Services. Become a Motley Fool member today to get instant access to our top analyst recommendations, in-depth research, investing resources, and more. Learn More. Costco Wholesale (COST -0.59%) may not operate an...
STOCKS・10 DAYS AGO
Motley Fool

Buffett's company has averaged a 20.1% annual return since 1965, so it pays to follow his investing activity. As the growth-driven Nasdaq Composite has tumbled into a bear market, Buffett has stepped up his buying in these five stocks. You’re reading a free article with opinions that may differ from...
STOCKS・3 DAYS AGO
The Motley Fool

It may not be as scary as homeowners expect.
REAL ESTATE・3 DAYS AGO

Warren Buffett suggests most investors should put their money into the S&P 500. An S&P 500 index fund is a low-risk investment that's consistently produced good returns. Investing enough in it over time could help you become a millionaire. You’re reading a free article with opinions that may differ from...
MARKETS・6 DAYS AGO
Money

Inflation is sky high, recession worries run rampant, and stocks are getting pummeled. Your first impulse may be to join the selloff, but it's actually extra important that you keep your money invested right now. If you're invested in stocks and constantly checking on your portfolio, you probably haven't had...
STOCKS・2 DAYS AGO
The Motley Fool

This 5%-yielding bank has exposure to emerging markets layered on a strong core in a safe country.
STOCKS・2 DAYS AGO
24/7 Wall St.

This Is What the New Recession Will Look Like

Economists increasingly believe a recession is all but inevitable. What does the next recession look like?
BUSINESS・3 DAYS AGO

Homeowners who want to refinance will definitely feel some aftershocks.
BUSINESS・18 DAYS AGO
Motley Fool

AbbVie's deep portfolio offers sustainability amid a decline in its top-selling drug. A housing boom provides Lowe's with the tools to keep investors happy. Parker Hannifin is using motion control technology to help companies be cost efficient while optimizing processes. You’re reading a free article with opinions that may differ...
STOCKS・6 DAYS AGO
The Motley Fool

It's advice worth taking right now.
STOCKS・23 HOURS AGO

These stocks have a history of rising dividends in a variety of conditions.
STOCKS・3 DAYS AGO
The Motley Fool

Dividend stocks are a safe haven for investors in a period of market turmoil.
MARKETS・8 DAYS AGO
The Motley Fool

Go off the beaten path to increase your dividend income with these three names.
STOCKS・4 DAYS AGO
Fortune

A Bitcoin margin call. If the world’s leading cryptocurrency drops below $21,000, Michael Saylor’s MicroStrategy will be forced to pay up

Sign up for the Fortune Features email list so you don’t miss our biggest features, exclusive interviews, and investigations. Michael Saylor is perhaps one of the most fervent supporters of Bitcoin on the planet—and that’s saying something, given the almost cultlike community behind the world’s leading cryptocurrency.
MARKETS・18 DAYS AGO
The Motley Fool

Suze Orman is known for having strong opinions, and this one may be her most fervent.
PERSONAL FINANCE・19 DAYS AGO