The world's second-most valuable cryptocurrency, Ethereum (CRYPTO: ETH) , had an outstanding 2021, rising 409% during the 12-month period. If we zoom out, we see even more jaw-dropping returns. Over the past three- and five-year periods, Ethereum has skyrocketed over 2,600% and 33,000%, respectively. These kinds of numbers could dramatically alter an individual's personal financial situation.

You might be contemplating where to invest in the cryptocurrency world today to try to achieve similar returns. While digital assets are extremely volatile and have a lot left to prove, there are some promising projects out there that have smart-contract functionality just like Ethereum. And they have the potential to be winning investments over the long term.

Here are two cryptocurrencies to consider if you missed out on Ethereum. 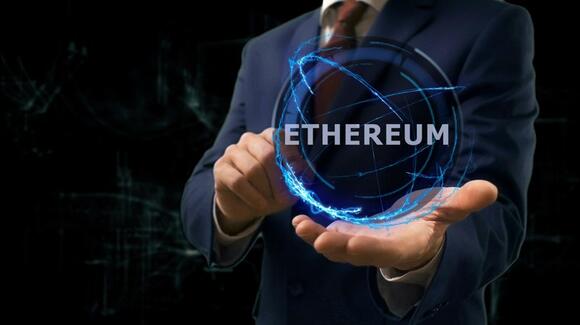 Founded by Ethereum co-founder Charles Hoskinson in September 2017, Cardano (CRYPTO: ADA) is a blockchain that enables the use of smart contracts, utilizing a proof-of-stake protocol called Ouroboros. A proof-of-stake system allows Cardano token holders to validate transactions by "staking" their crypto. Since its creation, Cardano's native token, ADA, has soared 5,000%. There are 33.5 billion ADA coins in circulation today, with a max supply of 45 billion.

Cardano's overarching goal is to be a highly scalable and environmentally sustainable blockchain. It hopes to achieve this with a two-layer system, consisting of the Cardano Settlement Layer (CSL) and the Cardano Computing Layer (CCL). The former is used strictly to validate transactions with Ouroboros, while the latter is where smart contracts can be executed. With the implementation of the upcoming Hydra layer-2 protocol, which is built on top of Cardano's existing network to handle excess capacity, Cardano could process over 1 million transactions per second (TPS), up from 250 today.

Updates to the system occur via a peer-review, research-based process with input from computer scientists from various universities all over the world. This might result in a longer development process, but it helps ensure that all scenarios and risks are considered. It's no wonder that Cardano already has use cases in numerous industries, including education, agriculture, and healthcare. The ability to create decentralized applications (dApps) on top of Cardano's blockchain makes it appealing to developers and users.

Like Cardano, Solana (CRYPTO: SOL) also allows for the creation of smart contracts, which support the development of dApps. It was launched in March 2020 by former Qualcomm employees Anatoly Yakovenko and Greg Fitzgerald. There are 314 million SOL, Solana's native token, in circulation today. And since its founding, SOL has returned more than 15,000% (as of Jan. 15).

Solana's competitive edge comes from its scalability and speed. In addition to using a proof-of-stake consensus mechanism, the network deploys what's called proof-of-history. This method marks transaction blocks with a time stamp, a situation where communication between validators isn't required, thus increasing speed. Because of this structure, Solana can process an incredible 50,000 TPS. Bank of America went as far as to say that Solana could become the Visa of the digital asset ecosystem .

One of the most prominent projects related to Solana was the release of Degenerate Ape non-fungible tokens (NFT), the first major NFT drop on the platform. Solana is now big in the NFT space, rivaling even Ethereum's dominance. Besides NFTs, other dApps, from decentralized finance (DeFi) and gaming to governance and social media, are gaining momentum. There is now almost $10 billion in value locked on Solana's blockchain, demonstrating the presence of deep liquidity.

Both Cardano and Solana are known as layer-1 blockchains, meaning they are independent networks that are designed to compete directly with Ethereum. As developers and users continue to gravitate to these platforms, the chance that their values rise increases as demand for the native tokens goes up.

Ethereum, with its $400 billion market cap, may get all the attention as the smart-contract blockchain of choice. But Cardano and Solana are quickly emerging. As a result, they're two promising cryptocurrencies to consider investing in right now.

It may not be as scary as homeowners expect.
REAL ESTATE・20 HOURS AGO
The Motley Fool

Is It Too Late to Buy Coinbase Global Stock?

The cryptocurrency exchange faces an uphill battle this year.
STOCKS・19 HOURS AGO
The Motley Fool

One of the most promising cryptocurrencies has cratered.
STOCKS・2 DAYS AGO
dailyhodl.com

Silk Road founder Ross Ulbricht is forfeiting billions of dollars worth of Bitcoin (BTC) and other crypto assets to the US government. According to a new court filing, Ulbricht will relinquish any claim to over 69,000 BTC and undisclosed amounts of Bitcoin Gold (BTG), Bitcoin SV (BSV) and Bitcoin Cash (BCH) worth a combined $3 billion as part of a settlement.
PUBLIC SAFETY・24 DAYS AGO
The US Sun

MILLIONS of Americans are set to receive Social Security checks worth up to $1,657 tomorrow. The cash boost will come just 48 hours before Supplemental Security Income payments, worth up to $841, are set to land in around eight million bank accounts on April 29. Seniors with birthdays on the...
BUSINESS・23 DAYS AGO
The Motley Fool

These stocks have been heavily sold off, but their long-term prospects are fantastic.
STOCKS・2 DAYS AGO

As part of a lawsuit between shareholders and Elon Musk regarding his “funding secured” tweet, new text messages and emails between Musk and people involved have been released. The communications pretty much confirmed how most people saw the situation: Elon Musk took a meeting with the head of...
BUSINESS・24 DAYS AGO
The Motley Fool

These stocks offer a reasonable valuation and positive returns in a challenging market.
STOCKS・1 DAY AGO
Inc.com

There's no need to panic for one big reason.
REAL ESTATE・1 DAY AGO
The Motley Fool

Berkshire Hathaway made several new stock purchases, but this one is particularly interesting.
STOCKS・21 HOURS AGO
The Motley Fool

This business should benefit as cryptocurrency adoption accelerates.
STOCKS・19 HOURS AGO
The Motley Fool

Enjoy your "Golden Years" while these stocks preserve and build your nest egg.
STOCKS・16 HOURS AGO
The Motley Fool

Aside from its market-beating payout and track record as a Dividend King, there are other reasons to like Genuine Parts.
STOCKS・1 DAY AGO