The Earth’s core is cooling surprisingly fast, scientists say – and it could tell us how our planet dies 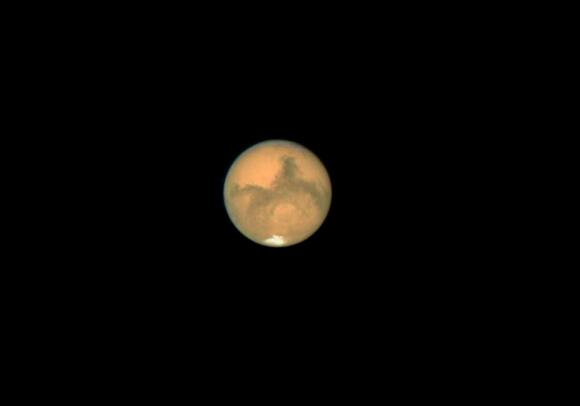 The Earth ’s core is cooling more quickly than we realised, scientists have found – and the discovery could have important implications for the future of our planet.

The history of Earth has been one of gradually getting colder. Some 4.5 billion years ago, when it was young, its surface was just a deep ocean of violently hot magma; over time, that cooled down to form the crust that we walk on top of today.

That process left behind a range of processes that keep our Earth active today, such as volcanoes and plate tectonics.

But it remains a mystery exactly how fast it is cooling – and when it might end. That question is key because it could tell us where our planet is headed, and how and when it might meet a kind of death that will leave it more like inactive planets such as Mars .

One of the ways of answering that question is to delve into the minerals that make up the boundary between the Earth’s core and its mantle. That is where rock meets the molten core, and so is one of the key parts where the rate of that cooling will be decided.

Actually examining that layer is difficult however, since it is so deep beneath our feet and hard to experiment on. In a new study, scientists instead looked in a laboratory at how the materials making that boundary might conduct heat, and used those to understand what might be happening inside our planet.

They looked at the mineral bridgmanite, which makes up most of that layer. And they were shocked to find that it is actually more conductive than they thought, suggesting that the heat is likely flowing out of the core more quickly too.

“This measurement system let us show that the thermal conductivity of bridgmanite is about 1.5 times higher than assumed,” said Motohiko Murakami, an ETH Zurich professor who works on the study.

If the Earth is cooling more quickly, then the various effects of that process would be altered too. Plate tectonics – which happen as the mantle moves around in the heat – could slow down more quickly than realised too, for instance.

What’s more, that process could accelerate even more quickly in future. As bridgmanite cools, it changes into post-perovskite – and as that more conductive material comes to dominate, it could further speed up.

“Our results could give us a new perspective on the evolution of the Earth’s dynamics. They suggest that Earth, like the other rocky planets Mercury and Mars, is cooling and becoming inactive much faster than expected,” Murakami said.

But the full story remains a mystery. Scientists hope to do yet more research to understand the Earth’s interior and better pin down a more detailed understanding of the timing.

The research is described in a paper, ‘Radiative thermal conductivity of single-crystal bridgmanite at the core-mantle boundary with implications for thermal evolution of the Earth’, recently published in the journal Earth and Planetary Science Letters .

This is only a theory like most science because they can't run test with the core or many other things it's done in a lab on a desk written on paper... Wow

Then why do we still have major volcanic activities with our volcanoes and major shifted to in the plates. If the earth's core was to cool down this wouldn't happen as often.

The Hubble Space Telescope has reached a new milestone in its work to find out how quickly the universe is expanding – and it supports the idea that something strange is happening in our universe, Nasa says.In recent years, astronomers have used telescopes like Hubble to understand exactly how quickly our universe is expanding.But as those measures have become more precise, they have also shown something strange. There is a key difference between the rate of the expansion of the universe as it is around us, when compared with observations from right after the Big Bang.Scientists are unable to explain...
ASTRONOMY・3 DAYS AGO
The Independent

Zero Altitude: How going flight-free can help save the planet – and change how you see the world

When I had the idea to write my first book, Zero Altitude – and attempt, as The Independent’s travel editor, to go flight-free for a year – the world was set on one obstinate course from which there was seemingly no turning back: growth. Growth, growth and more growth, ever expanding, no slowing down. This was true of world economics, of consumption – and, of course, of flying. Despite promises about reaching carbon neutrality by 2050, airlines were doing little to curb that growth. Rather, with pound signs in their eyes, they were set on further expansion and better connectivity;...
LIFESTYLE・55 MINUTES AGO
The Guardian

The exponential increase in saltwater crocodile populations in the Northern Territory in recent decades may be partly a result of them preying on feral pigs, new research suggests. Scientists who have analysed the diets of saltwater crocodiles in the Territory believe the reptiles have shifted from marine prey to predominantly...
ANIMALS・29 DAYS AGO
The Independent

Rare 12m-long humpback whale gives ‘thank you sign’ to Spanish rescuers: ‘She knew we were there to help’

The reactions of a 12m-long humpback whale and its gesture of “a little thank you” to a group of Spanish divers who saved it from a drift net was “just incredible”, said one of the group.The whale had been spotted by a ship three miles off the eastern coast of Mallorca in the Balearic islands, where the sighting of such whales is rare, having been reported only twice before.Thirty-two-year-old marine biologist Gigi Torras, who was a part of the rescue group, said the whale’s gesture stood out as the “best ever” birthday present for her.“It was like out of this...
ANIMALS・58 MINUTES AGO

#Our Planet#History Of Earth
The Independent

Boeing capsule lands back on Earth after space shakedown

Boeing’s crew taxi returned to Earth from the International Space Station on Wednesday, completing a repeat test flight before NASA astronauts climb aboard.It was a quick trip back: The Starliner capsule parachuted into the New Mexico desert just four hours after leaving the orbiting lab, with airbags attached to cushion the landing. Only a mannequin was on board. Aside from thruster failures and cooling system snags, Starliner appeared to clinch its high-stakes shakedown cruise, 2 1/2 years after its botched first try. NASA astronauts will strap in next for a trip to the space station. The space agency has...
AEROSPACE & DEFENSE・9 HOURS AGO