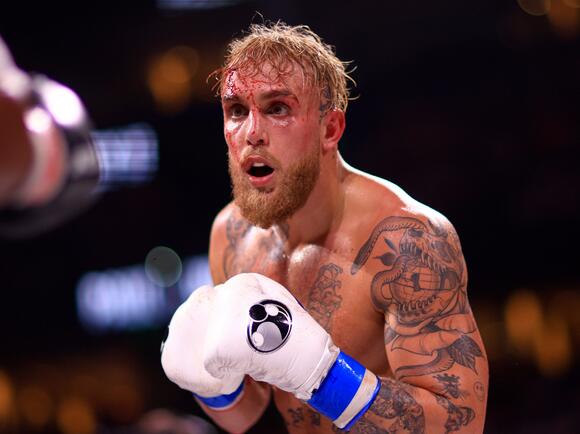 A potential fight between Mike Tyson and Jake Paul in Las Vegas is unlikely to be sanctioned.

Former UFC champion Michael Bisping believes that strict rules set by the Nevada State Athletic Commission mean that an exhibition encounter will not be licensed.

Paul and Tyson are said to be in discussions over a bout, with organisers hoping a clash between the Youtube personality and former undisputed heavyweight champion could generate £36million if held in the American city.

Yet Bisping, a former UFC middleweight champion, does not think it would be approved even as reports suggest a verbal agreement between the pair may have been reached.

“The [Jake Paul] fight with Mike Tyson, there’s a good chance that won’t get licensed either,” Bisping explained on his Youtube channel .

“When Mike Tyson came back and fought Roy Jones Jr, I believe that was in Florida [the fight was actually in California] because they couldn’t get licensed in Las Vegas.

“Las Vegas is the fight capital of the world, the Nevada State Athletic Commissions that is one of the toughest to get licensed by. Is it gonna happen? According to Mike Tyson, the answer to that is no.”

Paul has five victories from five professional fights since making an ambitious foray into boxing.

He has, however, been criticised for the nature of his opponents, who have not been noted boxers.

Bisping believes a duel with Tyson would add legitimacy to Paul’s career, even if Tyson is 30 years his senior.

“I was like “wow, interesting”, but first of all not that interesting because it fits the formula, doesn’t it,’ the British mixed martial artist said.

“Well it doesn’t fully fit the formula because it’s a boxer, for one, and I’m not being a f****** hater but he’s yet to fight a boxer, but this is a boxer so that’s a little unusual.

“In the more usual, it’s a guy who’s almost 60 years old. I’m not disrespecting “Iron” Mike Tyson, never in a world would I do that. The man is truly a legendary boxer.

“But he is almost 60 years old and I think because of what happened in Jake Paul’s last fight he kinds of needs somebody like a Mike Tyson.”

Tyson made his return to boxing in 2020 agains Jones Jr. in a fight that was scored a draw.

It was his first fight of any kind held in public for 14 years.