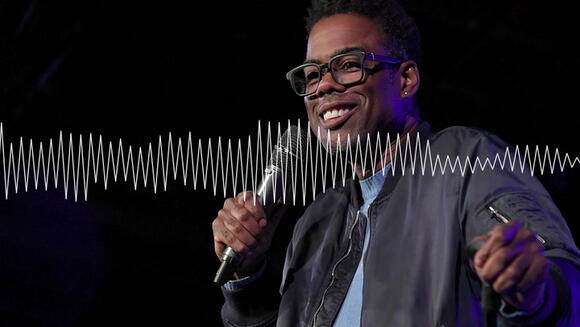 West, who recently changed his name to Ye, has been at the centre of several controversies over the years, but Rock has defended his honour.

While speaking to Dana Carvey and David Spade on their podcast Fly on the Wall , Rock was asked if the rapper is “crazy”.

When asked to clarify if he meant as a friend or a musician, Rock stated: “As an artist. He puts you through a lot but you’re like, ‘OK, the record’s pretty great! I love these sneakers!’

Fox was forced to deny that their relationship not a PR stunt in the most recent episode of her podcast, Forbidden Fruits,

Talking about her relationship with the rapper and fashion designer, Fox said: “There’s always people that think every single celebrity scandal is a setup. I personally don’t.” 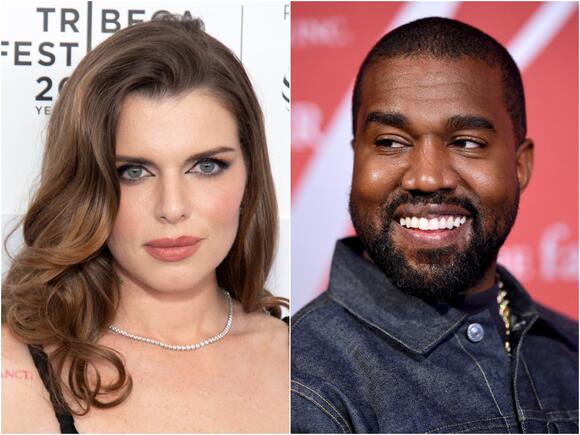 Going into further detail with her podcast co-host Niki Takesh, Fox said: “I feel like, to the people who know us both personally, like all the people that we have in common, like friends in common, have texted me like, ‘Oh my God, this makes so much sense.’”

In December 2021, West said that he will be “homeless in a year ” as he plans to turn all of his properties into churches in a bid to combat homelessness in Los Angeles.

The Kardashian-Jenner clan were in Italy this weekend to attend the nuptials of Kourtney Kardashian and Travis Barker, where the famous family rotated through a number of extravagant designer looks.However, it appears the dresses weren’t always easy to navigate Italy in, as Kylie Jenner at one point captured the moment her sister Kendall Jenner struggled to walk in the dress she wore for the wedding ceremony.In a clip shared to Kylie’s Instagram Stories on Sunday, Kendall, 26, who was wearing a Dolce & Gabbana champagne-coloured dress with a low back and floral detailing, could be seen wearing slide sandals...
CELEBRITIES・1 DAY AGO
The Independent

Laughter erupted in courtroom after Johnny Depp said he doesn’t watch his own movies and couldn’t recall the question he was asked. “I don’t watch them. I feel better not watching them. What was the question again?” Mr Depp said to laughter from the room. Johnny Depp trial – latest updates“Order in the court, or I will have you removed,” Judge Azcarate said. “Understood? Thank you.”The defamation trial between Mr Depp and Amber Heard began on Monday 11 April in Fairfax, Virginia following Mr Depp’s lawsuit against his ex-wife in March 2019. Mr Depp is arguing that she defamed him...
CELEBRITIES・29 DAYS AGO
Outsider.com

During last night’s finale, “American Idol” crowned Noah Thompson as the Season 20 winner, and fellow finalist HunterGirl couldn’t be prouder of him. The rising country star from Winchester, Tennesee, has impressed the judges and audience since her audition. She immediately became a frontrunner in the competition, and she held onto that title all the way until the end when it was just her and Thompson.
TV SHOWS・1 DAY AGO

After weeks of silence, Chris Rock has finally addressed his now-infamous incident with Will Smith at March's 94th Annual Academy Awards. During another sold-out show at Baltimore's Lyric Performing Arts Center on Friday, Rock directly referenced the slap, but only spent a second on it before moving on with his set.
BALTIMORE, MD・29 DAYS AGO
People

Megan Fox wants her kids to express themselves however they please. In a wide-ranging interview with Glamour U.K. for their April cover story, the 35-year-old actress opens up about how she teaches her children, Journey River, 5, Bodhi Ransom, 8, and Noah Shannon, 9, about gender identity and encourages them to be confident in who they are.
FAMILY RELATIONSHIPS・27 DAYS AGO
Popculture

Netflix has canceled another one of its major shows, with this one getting the ax after only two seasons. Variety reports that hit sci-fi drama Raising Dion has been dropped by the streamer, following its recent season debut. The news seems to have been revealed by series star Sammi Haney, who shared the news with fans on Instagram. "Sad to say that Raising Dion is CANCELED [sic] Thank you for all of the amazing support we got from all of our wonderful fans!" Haney wrote, in part. "Season 2 was a success, equal to Season 1, even if just looking at how many people watched all of it and wanted a season 3!"
TV SERIES・27 DAYS AGO
People

Paulina Gretzky walked down the aisle in Vera Wang!. The bride shimmered during her wedding with pro golfer Dustin Johnson on Saturday at Tennessee's Blackberry Farm. Gretzky showed off the stunning look on Instagram Monday in a photo of the newlyweds kissing. "4/23/22♥," she simply captioned the post. For...
27 DAYS AGO

It seems Coi Leray is getting fed up with the drama. She and her father, Benzino, have not seen eye to eye for quite some time, and despite numerous attempts to mend their relationship, they keep ending up back at square one. Yesterday, 50 Cent, whose been feuding with Benzino...
CELEBRITIES・29 DAYS AGO
Hello Magazine

Sharon Osbourne opened up about everything from her family life to her health in a tell-all interview over the weekend. And during the chat, the TV favorite spoke out about her devastating battle with bulimia, which she has been living with for many years. Talking to The Times, she told...
CELEBRITIES・28 DAYS AGO
hotnewhiphop.com

50 Cent cast doubt on Megan Thee Stallion's recent comments about not having been in an “intimate relationship” with Tory Lanez, prior to the infamous shooting in July 2020 which left her with gunshot wounds. Megan's comment came during a recent interview with Gayle King, during which she...
CELEBRITIES・28 DAYS AGO
The Independent

Mark Hamill has revealed he lost thousands of followers on Twitter in the space of a few hours yesterday (25 April).While the exact reason for the exodus has not been confirmed, his tweet came shortly after it was announced that Elon Musk is set to purchase the social media platform in a deal worth $44bn.Since the news broke, many users of the site (including Jameela Jamil) have announced their intention to delete their accounts, owing to Musk’s reputation as a politically controversial figure. It is believed this could be the reason for Hamill’s loss in followers.“Weird. I just lost...
CELEBRITIES・28 DAYS AGO

In a surprise to no one, Kimmel devoted much of his opening monologue on Monday’s “Jimmy Kimmel Live!” to roasting Marjorie Taylor Greene after the far-right congresswoman testified last week in a Georgia court about her role in the Jan. 6 Capitol riot. Kimmel — who was...
WASHINGTON, DC・28 DAYS AGO
Outsider.com

Geroge Wendt, who played Norm on the classic TV show Cheers, decided to be like Jack when he was in public. We mean Jack Nicholson here. The famed movie actor seemingly did not mind being noticed when out among the non-Hollywood crowd. Nicholson’s attitude about this did ring a bell for Wendt during his show’s incredible run on NBC and in reruns today.
CELEBRITIES・28 DAYS AGO
Popculture

Spring is always a big time for engagements and weddings, and two beloved internet personalities are the latest to update their relationship status. On April 18, Rachel "Seltzer" Quirico revealed she and longtime boyfriend Trevor "TorcH" Housten were tying the knot after 17 years together. Both of them are beloved figures in the esports world, with Seltzer notably starring in the Syfy reality show WCG Ultimate Gamer. She's also hosted numerous esports tournaments and events for TV/streaming outlets; she also made a recent appearance on G4 TV's Boosted.
RELATIONSHIP ADVICE・28 DAYS AGO
Insider

"The sisters are clearly concerned for our brother's safety and the credibility of the brand," Khloe Kardashian wrote in a 2016 email.
LOS ANGELES, CA・28 DAYS AGO
PopCrush

90 Day Fiancé: Before the 90 Days star Johnny Chao is showing off a new look on social media. The reality TV star rocked a fresh-faced look on the show. However, Chao debuted some new facial hair in his most recent post on Instagram. More specifically, he grew a beard and mustache.
TV & VIDEOS・27 DAYS AGO
hotnewhiphop.com

Kim Kardashian's ex-husband, Damon Thomas, continues to "wish her the best," despite any false narratives about their past relationship. The 51-year-old sat down with DJ Vlad, looking back at his marriage with now-billionaire businesswoman Kim Kardashian in the early 2000s. He believes he's played a "part in their journey," however, he doesn't want to be known as "Kim Kardashian's husband" and wants to "get in control of [his] narrative," as many people fail to recognize he has won Grammys and even made it to the Oscars.
RELATIONSHIPS・28 DAYS AGO
The Independent

In case you haven’t heard, Kourtney Kardashian and Travis Barker are married. The eldest Kardashian sibling wed her beau not one, but three times. The first, a “faux” wedding, happened in Las Vegas after the Grammys. They were married by an Elvis impersonator; the bride wore a leather jacket. Last week saw a legal wedding in Santa Barbara, California, before the pair held a larger, more lavish wedding in Portofino, Italy this past weekend.For the nuptials, the bride, groom, and entire guest list (it seems), wore Dolce & Gabbana, with the fashion house also hosting the ceremony at its villa...
BEAUTY & FASHION・2 HOURS AGO
The Independent

Kylie Jenner has shared a glimpse of some of the food that was served at the reception following Kourtney Kardashian and Travis Barker’s wedding celebrations over the weekend.After the couple’s ceremony on Sunday at the Castella Brown in Portofino, Italy, Kardashian, Barker and their guests attended the reception. In a video shared on Jenner’s Instagram Story while at the event, she showed how attendees were given a wide variety of food options to choose from.In one clip, the 24-year-old reality star documented a cannoli making station, as there was a tray of empty cannoli cookies on a plate. A...
CELEBRITIES・1 HOUR AGO