The amount of data being produced today is already immense. Roughly 90% of the world's data has been created within just the past two years, yet this will double over the next two years. Every day, the world creates 1.1 trillion megabytes of data, and companies are beginning to get overloaded with information.

At some point, companies need to be able to easily store this data and analyze it effectively. As the amount of data grows, these needs will become even more important, and Snowflake (NYSE: SNOW) and Palantir Technologies (NYSE: PLTR) are two companies that will be able to help. 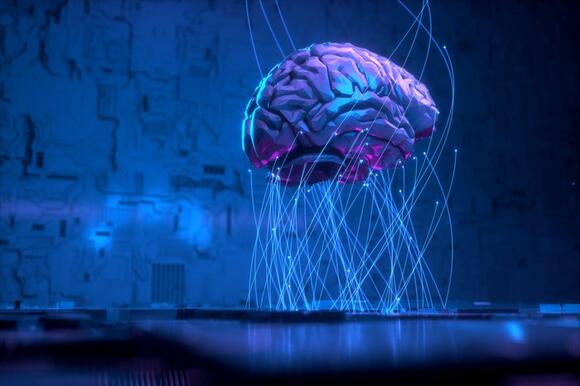 Snowflake: A storage and analytics platform

Snowflake is a fast-growing tech company that allows businesses to integrate all of their data so that they can analyze it more easily. One problem with having data stored across multiple cloud warehouses like Amazon 's AWS and Microsoft 's Azure is if you have data from both warehouses that you want to analyze together, it is difficult to do so. A customer would have to go through AWS and Azure to query specific data separately, which is not only time-consuming and more expensive, but a customer likely wouldn't see the same trends as they would if all their data was aggregated in one place.

Snowflake helps customers do this easily by aggregating all their data from the various warehouses, essentially creating an analytic database. Then, Snowflake only charges the customer when they want to query or analyze the data. With over 1.3 million daily queries on its platform and contracts that show that customers will spend over $1.8 billion on querying data in the future, Snowflake has been quite successful.

Snowflake has over 5,400 customers, all of which are generating more data flowing into its system. More data also means more things a company can analyze, so Snowflake is becoming valuable to its customers. In the third quarter, the company reported a net retention rate of 173%, meaning that existing customers are spending 73% more today than they did in the year-ago quarter. This, combined with the 52% year-over-year customer growth Snowflake saw in Q3, caused revenue to soar 110% to $334 million.

The company has a $90 billion opportunity in its sights, and its running a net loss reflects that. The company invested over $306 million in customer acquisition and research expenses in Q3 to gain market share as its industry grows. The company has seen impressive success gaining market share so far, and as long as it has a superior product, I would have to believe this spending today will pay off over the next decade.

At 84 times sales, Snowflake is trading at an extremely high valuation. Shares have already fallen 27% off its highs, and at such a lofty price, they could continue falling for a while. However, if the company continues to grow its top line at 100% year over year or more, it could drastically reduce its valuation.

The company is providing a very valuable service in the market, and it has caught the eyes of thousands of customers. As the amount of data in the world increases, Snowflake will only become more valuable, which is why I think it could be a life-changing investment for the next decade.

Palantir could also become a valuable tool for enterprises with its slightly different scope in this market. The company has significant revenue coming from many government agencies and has a specific focus on unstructured data -- data that cannot be easily put onto a spreadsheet. This data might be photos or phone recordings, both of which have lots of value but are tough to analyzed alongside traditional data.

This big data company has a specific focus on big customers. Palantir acquired only 54 new deals in Q3, but 51 of those deals were worth over $5 million. This means that while these deals might be expensive to obtain, they are definitely worth Palantir's time. Palantir also gets huge amounts of data from these companies to analyze, so once these deals are made it can be incredibly hard for consumers to switch away from Palantir, making its platform very sticky.

The company's valuation is quite high at 21 times sales, so investors are paying up for this innovative company. It should be a comfort, however, that Palantir has become a major contractor with the U.S. government, including agencies like the U.S. Army and the Department of Defense. These agencies will be producing more data over the next decade, and with the kind sensitive data they hold, they will likely want to keep working with Palantir. This allows the company to continue growing steadily at a high rate, which is why I like Palantir as a long-term investment .

Find out why Snowflake Inc. is one of the 10 best stocks to buy now

They just revealed their ten top stock picks for investors to buy right now. Snowflake Inc. is on the list -- but there are nine others you may be overlooking.

These stocks are trading at a discount, making them better buys for income investors.
NEW YORK CITY, NY・1 DAY AGO

Russia was invading, so a Ukrainian converted his life savings of $10,500 into the crypto token terra. Then the token crashed.

The Kyiv, Ukraine, resident said he wanted to avoid the risks from Russia's war or a currency collapse.
MARKETS・3 DAYS AGO
The Motley Fool

If you have $77,280 that you can afford to invest, these stocks can turn that into $400 in recurring monthly income.
STOCKS・9 HOURS AGO
The Motley Fool

Income investors can find a safe haven in these dividend stock stalwarts.
STOCKS・2 DAYS AGO

It's one you shouldn't gloss over.
PERSONAL FINANCE・1 DAY AGO
The Motley Fool

REITs can be a port in the economic uncertainty storm.
STOCKS・1 DAY AGO
The Motley Fool

MercadoLibre is a success story that shows inflation is not necessarily an obstacle to rising profits.
STOCKS・10 HOURS AGO
The Motley Fool

Better Buy: Costco or a 50-50 Split of Target and Walmart?

These three dividend stocks are down big off their highs.
RETAIL・2 DAYS AGO
The Motley Fool

Lingering concerns about a potential big-ticket buy and an analyst price-target cut combined for a bad day on the market for The House of Mouse.
STOCKS・2 DAYS AGO