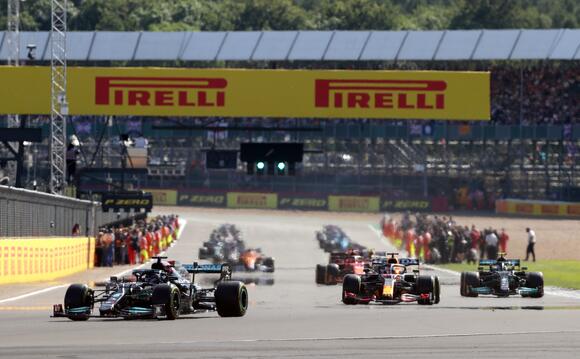 Formula 1 may not hold any sprint events during the 2022 season with teams unable to agree the details, and accused of holding out for more money by McLaren chief executive Zak Brown .

F1 had planned to double the number of sprint qualifying events from three last season to six in 202.

However such a move requires the agreement of eight teams, and Brown believes that may not be achieved.

To compensate teams for the increased amount of racing and potential damage caused by the sprint events, teams were given a small payment last year for the three events held.

Brown has suggested that some of the grid are now pushing to increase the budget cap, and may block any sprint events if this request is not granted.

“A couple of teams, and one team in particular, wanted a $5m budget cap increase, which was just ridiculous,” Brown told the BBC .

“And no rational facts behind it. When you challenged them, they go to what if and could and you’ve got to anticipate. You sit there and go ‘This is just nonsense’.”

Sprint events, contested over 100km to determine the grid for the Sunday race in lieu of standard qualifying, were new to F1 in 2021.

They were held at the British, Italian and Brazilian Grands Prix, and were generally popular - F1 has reportedly shown teams data that their introduction increased viewing figures and income from sponsorship.

Yet if the expansion of the format is to be approved for this calendar year, it requires a quorum of 80%, while Brown says “might not” happen, adding that this would be “unfortunate”.

More likely, then, may be that it is introduced ahead of the 2023 season, which would require only half of the grid to agree.

“Maybe there can be a compromise raised and we raise it a little bit, and we start in 2022 or we skip 2022, and a couple of these teams should have to explain to the fans why there is no sprint races,” Brown said.

The Formula 1 season is due to start on March 20 in Bahrain.