Is Brentford vs Manchester United on TV? Kick-off time, channel and how to watch Premier League fixture 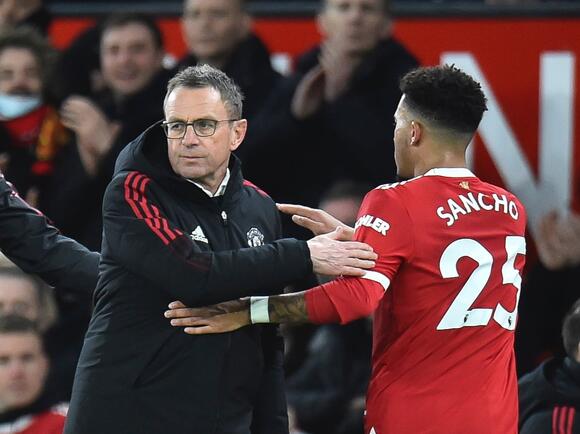 Manchester United and Brentford will meet competitively for the first time since 1975 when they face one another at the Brentford Community Stadium.

Thomas Frank ’s side have lost four of their last five in the league and slipped to 14th.

For Manchester United, clear signs of improvement under Ralf Rangnick are yet to become apparent, with Aston Villa holding them to a deserved draw last time out.

Follow live reaction as Everton came from two goals down at half-time to beat Crystal Palace and secure their Premier League safety at a raucous Goodison Park.Dominic Calvert-Lewin’s 85th minute winner rescued Frank Lampard’s side and sparked a pitch invasion from the home supporters, after goals from Michael Keane and Richarlison pulled them level.At half-time, and with Burnley leading Aston Villa, Everton were facing the possibility of needing to go to Arsenal on the final day of the season and getting a result.Despite making a positive start in what was a noisy atmosphere at Goodison Park, the visitors took the lead when Jean-Philippe Mateta was allowed space to score a free header from Eberechi Eze’s free-kick.It went from bad to worse for Everton as Jordan Ayew, who was fortunate to escape a red card for a high challenge on Anthony Gordon, punished a series of defensive mistakes to double Palace’s lead.Michael Keane got one back after half-time to spark the comeback, and Richarlison equalised with 15 minutes of normal time remaining with a scrambled finish. But Calvert-Lewin’s header was greeted by wild scenes - which continued at full-time as the Toffees celebrated staying in the Premier League.
PREMIER LEAGUE・14 MINUTES AGO
The Independent

Konstantinos Mavropanos to leave Arsenal for Stuttgart in permanent deal

Arsenal have allowed defender Konstantinos Mavropanos to sign for Stuttgart on a permanent deal.The Greece international has spent the last two seasons on loan with the Bundesliga outfit and has not featured for the Gunners since he started a 2-2 draw away to Standard Liege in the Europa League at the end of 2019.Mavropanos told the official Stuttgart website: “I’ve always given my best and will continue to give my best for this great club.“The trust of the management and the affection of the fans in Stuttgart serve as a great motivation for me.”The centre-back, who helped the German club avoid relegation this term, will be contracted to the Baden-Wurttemberg-based side until the summer of 2025.Mavropanos made eight appearances overall for Arsenal, being sent off away to Leicester in his third outing at the end of the 2017-18 campaign after he joined from PAS Giannina midway through that season.“We thank Dinos for his contribution and wish him all the best with Stuttgart,” an official club statement from the Gunners read.“The deal is subject to the completion of regulatory processes, with the registration for Dinos to officially become a Stuttgart player completing on July 1 2022.”
SOCCER・2 HOURS AGO