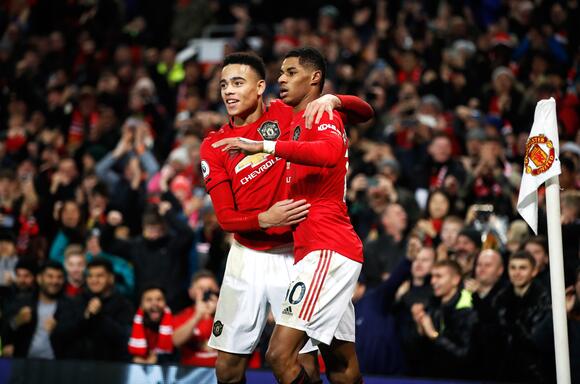 Manchester United could be boosted by the availability of a host of key players for their trip to Brentford .

Luke Shaw and Scott McTominay missed the 2-2 draw against Aston Villa while serving suspensions, but are now back available, and could be joined in Ralf Rangnick ’s squad by Cristiano Ronaldo and Marcus Rashford.

The forwards trained ahead of the clash at the Brentford Community Stadium , which will be the first competitive encounter between the two sides in 47 years.

Thomas Frank will hope to have Josh Dasilva available soon for the first time in almost a year after the midielder came through a behind-closed-doors fixture this week.

Liverpool manager Jurgen Klopp insists his side will not stop in their pursuit of Manchester City and trophies whatever the outcome of the title race this weekend.The Reds face Wolves at the weekend needing to better City’s result against Aston Villa, managed by former Liverpool captain Steven Gerrard, to claim a record-equalling 20th championship and a domestic treble.They also have a Champions League final reunion with Real Madrid in Paris on May 28 but even if they miss out on one or both Klopp said his side would not go away next season.“Whatever happens on Sunday we will not stop....
PREMIER LEAGUE・2 HOURS AGO
The Independent

Antonio Conte said he would have thought Daniel Levy was joking had the Tottenham chairman made qualifying for the Champions League a target when he was appointed.The Italian arrived at Spurs in November and was left to pick up the pieces of Nuno Espirito Santo’s ill-fated short stay which saw them heading towards mid-table mediocrity.For a long time, Conte said reaching the top four was a pipe dream as his side battled with wild inconsistency, before eventually accepting it was possible as form and results improved as the season progressed.They are now in pole position to book a return to...
SAN ANTONIO, TX・2 HOURS AGO
The Independent

Tammy Abraham set a new scoring record for an English player in a single Serie A season as Roma secured Europa League qualification with a 3-0 win at Torino.Abraham’s first-half double took his league tally to 17, eclipsing the 16 goals Gerry Hitchens scored for Inter Milan in 1961-62.Roma play Dutch side Feyenoord in the final of the Europa Conference League on Wednesday.🐺 @ASRomaEN wins and get a spot in #EuropaLeague 🔥🇪🇺#TorinoRoma #SerieA💎 #WeAreCalcio pic.twitter.com/2GQ6pZuBnf— Lega Serie A (@SerieA_EN) May 20, 2022But Jose Mourinho’s side could not afford to relax with a top-six place to be claimed.Andrea Belotti went close...
SOCCER・2 HOURS AGO
The Independent

Rangers meet Hearts in the Scottish Cup final on Saturday.Here, the PA news agency looks at the main talking points ahead of the Hampden showpiece.Rangers’ Euro hangoverMuch will depend on how Rangers react, both physically and mentally, to their midweek exertions in the Europa League final against Eintracht Frankfurt. Playing 120 minutes in searing Seville heat is sure to have taken a toll on the limbs of Giovanni van Bronckhorst’s players. In addition, the sense of anguish at putting so much into the biggest game of their lives and coming away empty-handed is unlikely to have fully dissipated by kick-off....
SOCCER・5 HOURS AGO

A year on from her Olympics disappointment, Beth Mead is preparing for a home Euros feeling she has been in the finest form of her career – and can produce even better.The Arsenal winger was among the notable players not included by Hege Riise in the Great Britain squad for last summer’s Tokyo Olympics.Mead has bounced back in some style, going on to register 11 goals and eight assists across Arsenal’s 2021-22 Women’s Super League campaign and score 12 times in 10 England appearances.Having earlier this week been confirmed as part of the Lionesses’ provisional squad for this summer’s Euros...
WORLD・4 HOURS AGO