Steve Harvey Playfully Reacts To A Picture Of Step-Daughter Lori And Michael B. Jordan: ‘Very Uncomfortable With That Picture Right There’ 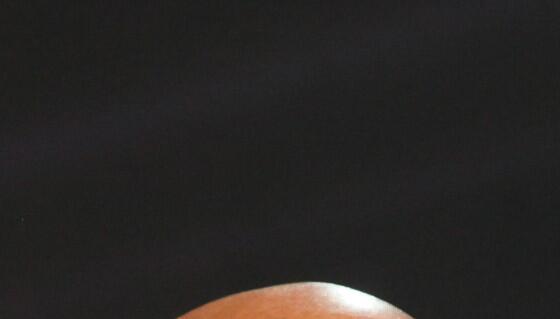 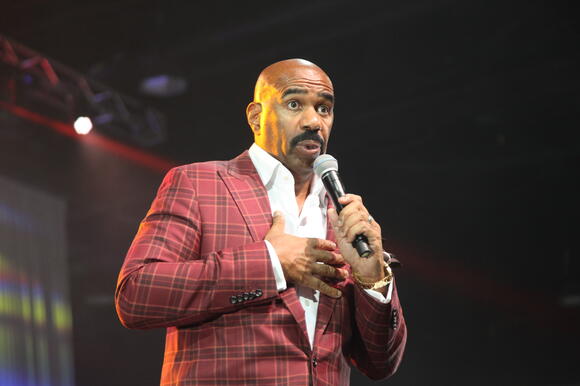 On an upcoming episode of The Ellen DeGeneres show, the TV presenter, author, and businessman sat down with Ellen DeGeneres and shared playful comments about Lori and Michael B. Jordan’s relationship, including how the 34-year-old actor has been spending a lot of time with the Harvey family since their romance started.

To kick off the conversation, Ellen showed Steve a picture of Lori and MBJ all boo’ed up on New Year’s Eve, a photo that undeniably broke the internet when it was first posted to Instagram.

Steve playfully reacted to the picture, telling Ellen and the crowd, “I’ve never seen that picture before. Very uncomfortable with that picture right there.” Despite his antics, Steve confirmed that he likes MBJ for his daughter, telling the audience that he’s “a really good guy coming from a good family.”

Steve also shared that MBJ is getting in quite comfortable with the family having already been around for two Christmas holidays. And according to Steve, MBJ is seemingly a pro at giving gifts. “That boy comes through,” he said about the Journey For Jordan actor.

He continued, “he’s trying to impress the family with these gifts. I’m her father, so he brought me this big, 100-cigar box of the most hard to get cigars. One-hundred of them in this big box, and he gave that to me! He gave my wife some skis. Who do that? The only way you give your potential mother-in-law some skis is because you want her to be your mother-in-law.”

Check out the interview below.

Ryan Reynolds accidentally gave Denzel Washington two black eyes during the filming of "Safe House." He said he was extremely embarrassed.
CELEBRITIES・3 DAYS AGO
The US Sun

RAY Liotta, the brilliant actor who made his name in Martin Scorsese's crime classic Goodfellas, has passed away. The star died in his sleep in the Dominican Republic, where he was filming Dangerous Waters, according to Deadline. There were no signs of foul play or anything suspicious about the death,...
CELEBRITIES・14 HOURS AGO
Hello Magazine

Kevin Bacon's City on a Hill co-star Marnie Schulenburg has tragically passed away from cancer at the age of 37. The Hollywood star worked alongside Marnie in the Showtime program, with her death being announced last week. The actress left behind her husband Zack Robidas and the couple's two-year-old daughter...
CELEBRITIES・3 DAYS AGO
Hello Magazine

Jenna Bush Hager is departing on an adventure unlike any other! The star revealed on the Today Show that she would be "setting sail," quite literally, in honor of the return of New York's iconic Fleet Week. ALSO: HELLO! launches Jubilee T-shirt collection to celebrate Queen Elizabeth in style. Fleet...
NEW YORK CITY, NY・2 DAYS AGO

Chicago Fire's cast and crew is mourning the loss of one of their own. Just days ahead of the Wednesday night Season 10 finale, beloved canine sidekick and firehouse Dalmatian Tuesday died after working on the series alongside stars including Daniel Kyri, Jesse Spencer, Taylor Kinney, and more for the past four years.
TV & VIDEOS・17 HOURS AGO
Power 102.9 NoCo

Lil Durk's father's story is that of Chicago street legend. He was infamously sentenced to life in prison in the early 1990s for cocaine distribution. He recently revealed he received the lengthy sentence after he refused to snitch on Gangsta Disciple cofounder Larry Hoover. Last month, Durk's father, Dontay Banks,...
CHICAGO, IL・11 HOURS AGO