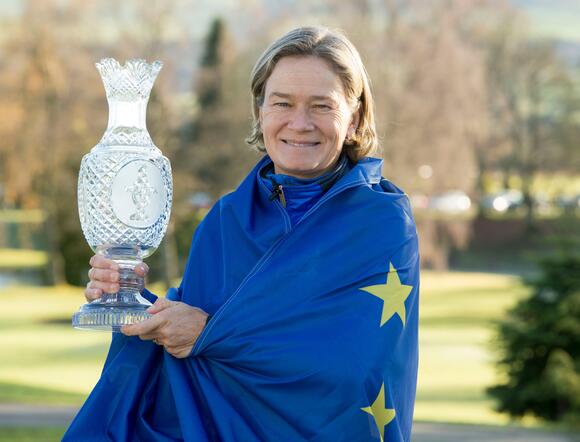 Internationally-acclaimed golfer Catriona Matthew and former Scotland footballer Rose Reilly are among more than 100 people to be honoured at the Palace of Holyrood on Wednesday.

The sports stars are among a host of high achievers to have been recognised for their efforts in the last two years but only now being able to receive their awards in person because of the pandemic.

Mrs Matthew, who grew up in North Berwick and who plays mainly on the US-based Ladies Pro Golf Association circuit, has been made an OBE for her services to golf.

The sportswoman, whose husband Graeme is her caddy, turned pro in 1995, won the Women’s British Open in 2009 and in 2019 was the victorious European team captain of the Solheim Cup, a biennial competition between top women golfers from Europe and the US.

Meanwhile, Ms Reilly, a former professional football player from Kilmarnock who played for Scotland and for Italy, has been made a CBE for her services to women’s football. 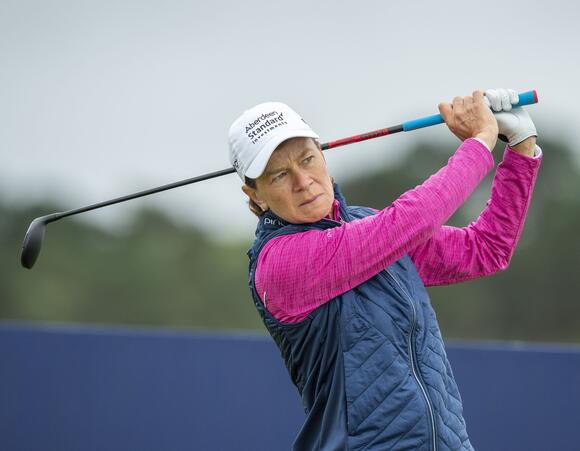 The 67-year-old attracted the interest of scouts at Celtic, and was allowed to play provided she cut her hair short and called herself Ross.

She left to play for Reims as a teenager, and later joined ACF Milan, and was a member of the victorious Italian national side which won the Mundialito, the precursor to the women’s world cup, in 1984.

Many of those who have been chosen are being recognised for their work during the Covid-19 pandemic, alongside others who have excelled in academia, the arts, sport, business and charity. 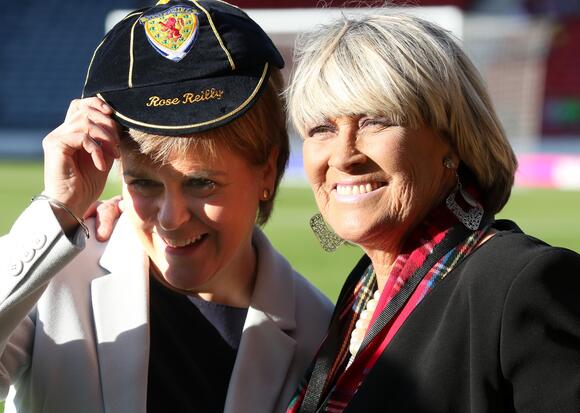 Miss Olivia Strong, founder of RunForHeroes, has been made an MBE for her services to fundraising during Covid-19.

She raised millions of pounds encouraging people to run 5K and donate £5 to NHS Charities Together during lockdown.

And Mrs Fiona Drouet, the mother of an undergraduate, Emily, who took her own life after being subjected to a campaign of abuse, has been made an MBE for setting up Scottish charity EmilyTest, which helps tackle gender-based violence.

Former professional basketball player Kieron Achara (MBE), the TV science presenter Dr Hermione Cockburn (OBE) and Scott McPartlin (MBE), a telecoms engineer who spent three nights in a tent on the Hebridean island of Coll to help a vulnerable islander whose signal had been knocked out by a lightning strike, have also been recognised for their achievements.

The 115 recipients will be split over two ceremonies on Wednesday, one in the morning and another in the afternoon, and will receive their honours from the Princess Royal.

Wimbledon with no ranking points will be ‘like an exhibition’, Cameron Norrie claims

Cameron Norrie believes this year’s Wimbledon has been reduced to nothing more than an exhibition after the tournament was stripped of its ranking points.The British number one also fears some top stars may even opt not to compete at the season’s third grand slam.The ATP and WTA announced on Friday night that there would be no points on offer at SW19 after Wimbledon banned Russian and Belarusian players following the invasion of Ukraine.World number 11 Norrie feels the country’s flagship tournament has been diminished as the top players would “not really be playing for anything”.“Obviously it’s an extremely difficult situation...
TENNIS・1 HOUR AGO
The Independent

As I sat in the seats of Wembley Stadium for the Women’s FA Cup Final on Sunday 15 May, I was overjoyed to see the passionate crowds of young women and girls who were undoubtedly inspired by the talent on the pitch.As a childhood football fan, who often struggled to find physical spaces to play without fear of sexism, I felt disconnected to the game for many years. This made watching as Chelsea went on to win the cup all the more exciting and memorable.However, I couldn’t help but notice that the stadium was not adorned with sponsored advertising from...
UEFA・6 HOURS AGO