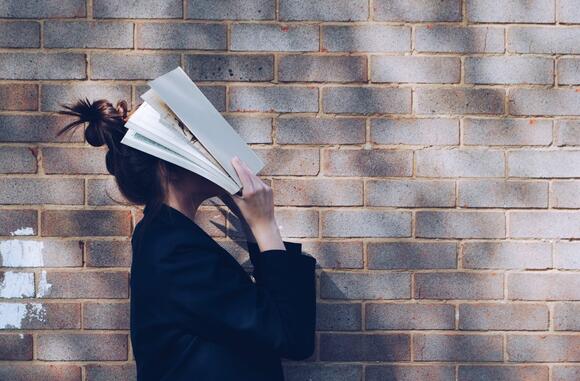 Raise your hand if you’ve ever stared at an academic paper, brows furrowed, wondering what the authors were trying to say. Bonus points if you’ve pulled up a separate tab to google any jargon that you came across.

The good news is that you’re not alone. A 2017 eLife study found that science papers from the mid-2010s were more difficult to read than papers from the 19th century. Features that seem to plague most modern academic papers are poorly constructed sentences , questionable word choices, as well as unnecessary jargon and obscure acronyms . This can make scientific knowledge hard to access, for both junior researchers in the field and for those without a science background.

So can artificial intelligence help? A new AI project called tl;dr papers sought to tackle this challenge by using machine learning to comb through the abstracts of wordy research papers and spit out a pithy summary of its contents that even a 7-year-old can understand.

The Verge reported that although this program was first created almost two years ago, it went viral over the weekend when academic researchers input their articles into it and shared the summaries it generated on Twitter . Some of the summaries were shockingly accurate and simple, while others were laughably off-mark.

For example, the AI summarized the concept of the “the glass cliff” as “a place where a lot of women get put” and a “bad place to be.” The paper’s author, Michelle Ryan , director of the Global Institute for Women’s Leadership at the Australian National University, told The Verge that while it was accurate, it didn’t offer a lot of nuance. Ultimately, she and other researchers that The Verge reached out to acknowledged that it was a “fun tool” that could show scientists what it looks like to “write in a way that is more reader-friendly.”

Despite its popularity, tl;dr papers’ creators have told The Verge that they intend to sunset the product (the site is currently under maintenance), offering alternative tools like the AI summarizer created by The Allen Institute for Artificial Intelligence.

[Related: This new AI tool from Google could change the way we search online ]

This is not the first time humans have turned to robots to synthesize briefs. In 2017, a company called Primer employed AI to create intelligence reports for spies based on incoming data and information. Two years later, The New York Times reported that AI-powered robot reporters were assisting a number of newsrooms around the world. A robot powered by the same neural network that the tl;dr papers runs on even keyed an op-ed in The Guardian about the threat of AI.

The neural network in question is called GPT-3, a language-writing AI tool created by OpenAI. It was trained on around 200 billion words, and it has learned to code , blog, and argue. The AI was so impressive that developers are trialing its use on legal documents, customer-service enquiries, text-based role-playing games and more, Nature reported.

Although it can be at times funny and uncanny, Vox noted that it was not intelligent, meaning that it didn’t really understand the world beyond the notes it receives; it works by parsing out the relationship between words and phrases. Nature reported last March that GPT-3’s creators were working on teaching the AI to search for concepts rather than specific words or phrases.

But common sense, unfortunately, is still lacking for the AI. That’s why, like most large language models, it can sometimes make mistakes, produce nonsense, give dangerous information, or be negatively biased. Maybe patching these models through to a large database of facts is the solution, Nature proposed. Or perhaps, these robo-writers could benefit from a human editor.

A plethora of downright bizarre scientific research from the Department of Defense previously kept under wraps has been uncovered, revealing an array of peculiar schemes proposed by the United States military. One outlandish proposal suggested detonating nuclear bombs on the moon to create a tunnel through it. Millions in taxpayer dollars were spent on the research, which appears to have relied on a contractor, Bigelow Aerospace Advanced Studies, which was owned by multi-millionaire Robert Bigelow, a hotel impresario. The public was kept in the dark until now regarding what research was being funded.
ASTRONOMY・22 DAYS AGO
MedicalXpress

Tragic events like wars, famines, earthquakes, and accidents create fearful memories in our brain. These memories continue to haunt us even after the actual event has passed. Luckily, researchers from Tokyo University of Science (TUS) have recently been able to understand the hidden biochemical mechanisms involved in the selective suppression of fearful memories, which is called fear extinction. The researchers, who had previously demonstrated fear extinction in mice using the chemically synthesized compound "KNT-127," have now identified the underlying mechanism of this compound's action. Their findings have been published recently in Frontiers in Behavioral Neuroscience.
SCIENCE・23 DAYS AGO
itechpost.com

The summer issue of PopSci is extremely metal

Photograph by The Voorhes; prop fabrication by Rich SchillerFor our 150th anniversary issue, we’re digging into the past, present, and future of humankind’s relationship with metal.
ENTERTAINMENT・1 DAY AGO

From the archives: Inside the tantalizing quest to sense gravity waves

Walking at a brisk pace for just 75 minutes every week could cut your risk of depression, a new study finds. The World Health Organization recommends everyone should exercise for at least two-and-a-half hours every seven days. But researchers at Cambridge University, England, found adults who got half as much...
FITNESS・23 DAYS AGO
US News and World Report

It’s a story many have heard before. COVID-19 enters a household whether through a spouse, parent, sibling or caretaker – but despite extensive exposure, not everyone gets sick. [. SEE:. Latest Coronavirus and Vaccine News ]. And it could be a more common occurrence than some think. The...
PUBLIC HEALTH・27 DAYS AGO
American Songwriter

Gene Simmons of Kiss and several other musicians are beginning to react to the news of Elon Musk’s purchase of Twitter for $44 billion, questioning Musk’s desire for more “free speech” and how it may impact the spread of more hate and misinformation. “Fantastic news, at...
BUSINESS・22 DAYS AGO

Jeff Bezos, the founder and former CEO of Amazon, and Elon Musk, the CEO of Tesla and soon-to-be owner of Twitter, don't strike me as best buds. The two men have competed over the past few years for the title of the world's richest man, a title Musk holds. They also sort of compete in space, with Bezos' Blue Origin competing against Musk's SpaceX.
BUSINESS・22 DAYS AGO
Entrepreneur

Dorsey, who was CEO of the company until November 2021, took to the platform to pen his thoughts on the new changes.
BUSINESS・22 DAYS AGO
inputmag.com

Elon Musk, the world’s wealthiest man, who thinks tunnels are immune to natural disasters, is purchasing Twitter. The company confirmed on Monday afternoon that it had accepted the billionaire’s offer. “Twitter, Inc. today announced that it has entered into a definitive agreement to be acquired by an entity wholly owned by Elon Musk, for $54.20 per share in cash in a transaction valued at approximately $44 billion,” reads the official press release. “Upon completion of the transaction, Twitter will become a privately held company.”
BUSINESS・23 DAYS AGO
MedicalXpress

Shielding those vulnerable to COVID-19, while allowing the virus to spread, largely unmitigated, through the rest of the population, would have failed according to a new modeling paper published today in PLOS Global Public Health by University of Bath scientists. Shielding strategies or "focused protection", as advocated for in the...
SCIENCE・22 DAYS AGO

This is an important segment of the population with purchasing power that is practically ignored by advertising campaigns.
ECONOMY・22 DAYS AGO
Popular Science

Quorn, pictured here, is one of several brands of microbial proteins on the market. QuornIt might be time to swap animal protein for similarly-delicious fungi.
AGRICULTURE・7 DAYS AGO
Popular Science

The annals of science journalism weren’t always as inclusive as they could have been. So PopSci is working to correct the record with In Hindsight, a series profiling some of the figures whose contributions we missed. Read their stories and explore the rest of our 150th anniversary coverage here.
SCIENCE・2 DAYS AGO
Popular Science

Best monitors for music production of 2022

Stan HoraczekMake your recording studio as easy on the eyes as it is on the ears.
ELECTRONICS・7 DAYS AGO
Popular Science

A chain of magnets inside the tunnel at the Large Hadron Collider. Samuel Joseph Hertzog via CERNWhat happens where the LHC's beams meet tells us how the universe works.
AEROSPACE & DEFENSE・3 DAYS AGO
Popular Science

Swappable batteries can help spur electric scooter use across the globe

A solid-state swappable battery. GogoroOne company is expanding to Italy, and another to Israel.
BICYCLES・2 DAYS AGO
Popular Science

Around 540 million years ago, Earth’s life underwent a burst of evolution that gave rise to the major groups of animals alive today, including those with backbones and those that hunt prey. This bonanza is known as the Cambrian explosion. Based on the fossil record, animal life appeared to be comparatively sparse and looked very different from the creatures that emerged later in the fossil record.
WILDLIFE・1 DAY AGO