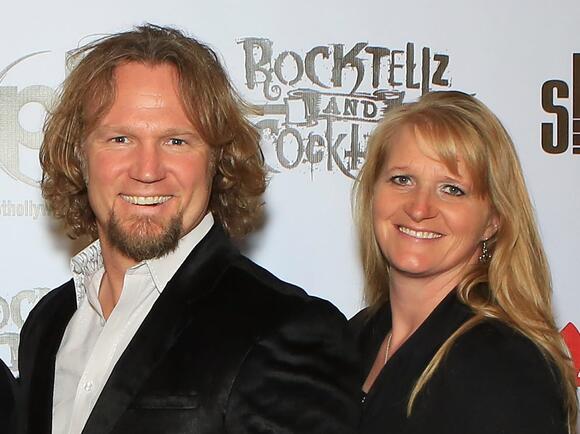 Christine and Kody Brown didn't publicly announce their separation until November 2021 , but cracks in their relationship were already beginning to show on the latest episode of "Sister Wives, " which was seemingly filmed in late 2020.

In an interview on Sunday's episode, Christine admits that some of her children are struggling with their relationship with their father Kody, who is seen on the show spending most of his time at his fourth wife Robyn's house during the pandemic.

"It's hard for the girls to respect their dad when they see he has favorites," Christine said. "And they struggle with how apparent it is that he's more comfortable at some houses than others."

Kody's four wives each live in their own separate home with their respective kids, and Kody typically moves between them. Throughout the current season of the show, Kody has been very upfront about the fact that he avoids his second wife Janelle's house, along with Christine's, because their households are refusing to follow his strict rules for protecting his family against COVID-19, like disinfecting mail and groceries and changing clothes every time they go out.

Kody's relationship with his first wife, Meri, has been strained for many years and is not currently romantic on "Sister Wives," which means that he has been spending most of his time with Robyn and her kids.

"I'm head of my house. I am," Christine said on Sunday's episode, explaining that she no longer defers to what Kody wants in every situation. "I'm the one who's present, I'm the one who's around."

In November, shortly after the split announcement, Christine said in a Cameo video for a fan that she's living in a "whole new world" as a single woman, though there are "good and bad days."

It’s AMAZING he can go to a funeral, but not his daughter surgery. The living needed him more than the dead. I can’t imagine the scaring he left on his daughter. I hope his pride, rules and a funeral were more important than her If he would stop looking at himself, he could see the pain in his children’s eyes. Sad a teenager (Gabe) was more mature and handle the conversation, better than him. Obviously the mom has taught the children well

This guy is a poor excuse for a man! He loves bossing women around wonder if he would ever have enough nerve to speak up to another male? The kids are on to what a nothing he is if only their mothers would wake up & stop supporting him & walk away & find a happy life without him around.

He only cares about Robin and her kids. I don’t understand how Meir can stay with him when she knows there’s no love or romance in it . Cody has said that . She deserves a better life she is very beautiful she can do better. I wish her luck and Christine and Janelle too. Let him have Robin . I used to like him but the way he treats his wife’s is sickening.

Princess Eugenie has taken to her Instagram Stories to make an exciting announcement related to The Anti-Slavery Collective, which she co-founded with her best friend Julia de Boinville back in 2017. Resharing a message from the charity organisation, the mother-of-one revealed she was posting "news from my charity". WATCH: Princess...
CELEBRITIES・29 DAYS AGO
Newsweek

Kate Hudson has realized one of her dreams and has taken to Instagram to share the incredible news with her 15 million followers. Sharing two pictures of her looking casual in a pair of baggy dip-dyed trousers and a white tank top, and singing into a microphone, the actress announced a surprising career change.
CELEBRITIES・29 DAYS AGO
hotnewhiphop.com

50 Cent cast doubt on Megan Thee Stallion's recent comments about not having been in an “intimate relationship” with Tory Lanez, prior to the infamous shooting in July 2020 which left her with gunshot wounds. Megan's comment came during a recent interview with Gayle King, during which she...
CELEBRITIES・29 DAYS AGO

Paulina Gretzky walked down the aisle in Vera Wang!. The bride shimmered during her wedding with pro golfer Dustin Johnson on Saturday at Tennessee's Blackberry Farm. Gretzky showed off the stunning look on Instagram Monday in a photo of the newlyweds kissing. "4/23/22♥," she simply captioned the post. For...
BEAUTY & FASHION・28 DAYS AGO
Newsweek

"We divorced because Jim was a bad husband and not a great dad when we were together," she explained.
RELATIONSHIP ADVICE・29 DAYS AGO
The Independent

Helen Skelton has revealed that she has separated from her husband, rugby player Richie Myler.The Countryfile host announced the news in an Instagram statement, writing that Myler has “left the family home”.Skelton’s announcement comes just four months after they welcomed their third child.“Very sad to say that Richie and I are no longer a couple,” she wrote. “He has left the family home. We will be doing our best to co parent our small children.”Skelton, who married Myler in 2013, accompanied the post with two broken heart emojis.The pair have three childen together: Ernie, aged six, Louis, aged...
CELEBRITIES・29 DAYS AGO

Ryan Seacrest is weighing in on the ongoing court battle between the Kardashian-Jenner family and Blac Chyna.According to a new report from Radar, the TV producer made some bombshell claims in his deposition, which the famous family is trying to get blocked from the jury. As reported by the outlet, Seacrest — who is scheduled to take the stand in the trial — shockingly revealed in his deposition that he wanted Chyna's show with Rob Kardashian, Rob & Chyna, to move forward, despite the Kardashian-Jenner squad's claim that there was fear over Rob's safety as a result of the exes'...
CELEBRITIES・29 DAYS AGO
Popculture

90 Day Fiancé stars Anna-Marie Campisi and Mursel Mistanoglu have added a little boy to their family! The couple, who tied the knot on Season 7 of the TLC reality show, announced on Instagram this week that their son, Gokhan John, had been born via a surrogate on Monday, April 11 after the couple's initial struggle with fertility.
FAMILY RELATIONSHIPS・29 DAYS AGO
PopCrush

90 Day Fiancé: Before the 90 Days star Johnny Chao is showing off a new look on social media. The reality TV star rocked a fresh-faced look on the show. However, Chao debuted some new facial hair in his most recent post on Instagram. More specifically, he grew a beard and mustache.
TV & VIDEOS・29 DAYS AGO
SheKnows

The funny things that kids say are sometimes the cutest. With Eli currently in a coma, we haven’t seen Days of Our Lives actor Lamon Archey in action in Salem for a while now but he recently showed off a new look that had his daughter not only asking him why he decided on the change but also giving her opinion on why he did it in the first place.
CELEBRITIES・29 DAYS AGO

Spring is always a big time for engagements and weddings, and two beloved internet personalities are the latest to update their relationship status. On April 18, Rachel "Seltzer" Quirico revealed she and longtime boyfriend Trevor "TorcH" Housten were tying the knot after 17 years together. Both of them are beloved figures in the esports world, with Seltzer notably starring in the Syfy reality show WCG Ultimate Gamer. She's also hosted numerous esports tournaments and events for TV/streaming outlets; she also made a recent appearance on G4 TV's Boosted.
RELATIONSHIP ADVICE・29 DAYS AGO
TMZ.com

Ne-Yo and his wife, Crystal Renay, are as serious as they can be about giving their marriage another go -- TMZ's learned, they just walked down the aisle again, and they did it up big!!!. Witnesses tell TMZ ... Ne-Yo and the former reality star got re-hitched Sunday night on...
CELEBRITIES・29 DAYS AGO
Insider

Former "Toddlers and Tiaras" star Kailia Posey, who died at age 16, sent her mother a blanket that arrived after her death.
CELEBRITIES・1 HOUR AGO
Insider

Mariah Carey tied the knot with her first husband, Tommy Mottola, in 1993 and previously said she almost burned the dress for a music video.
DESIGNERS & COLLECTIONS・5 HOURS AGO