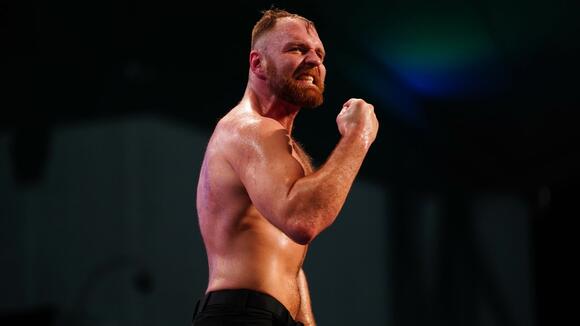 Moxley will make his return on Wednesday’s “Dynamite”, his first televised appearance in more than two months.

After more than two months away from pro wrestling, AEW star Jon Moxley is back.

AEW has announced that the 36-year-old Moxley (real name Jonathan Good) will make his return on this Wednesday’s episode of Dynamite . It will be Moxley’s first televised appearance since entering a rehab program to help battle issues with alcohol abuse.

AEW president and CEO Tony Khan announced on November 2 that Moxley had made the decision to enter an inpatient alcohol treatment program. Khan wrote that AEW was supporting Moxley however they could and looked forward to when Moxley would eventually be able to return.

Before his hiatus, Moxley was scheduled to face Orange Cassidy in the semifinals of AEW’s world title eliminator tournament. It appeared that the plan was for Moxley to defeat Cassidy and advance to face Bryan Danielson in the tournament finals at Full Gear . Instead, Danielson ended up defeating Moxley’s replacement Miro .

Moxley is a former world champion for AEW, holding the title from February to December 2020.

Prior to signing with AEW in 2019, Moxley was one of the top stars in WWE. He went by the name Dean Ambrose in WWE and was a member of The Shield alongside Roman Reigns and Seth Rollins.

It’s also been announced that Moxley will be in action at Game Changer Wrestling’s The Wrld on GCW show at the Hammerstein Ballroom in New York City this Sunday. Moxley will defend his GCW world championship against Homicide.

There will be a tournament to determine the new women’s tag team champions.
WWE・2 DAYS AGO
Sports Illustrated

Brazilian contender Vieira calls for title shot, though Holm believes scores should have been different.
UFC・1 DAY AGO
Sports Illustrated

All three drivers involved in the crash avoided serious injury.
MOTORSPORTS・23 HOURS AGO