NASCAR’s driver movement for the 2022 season 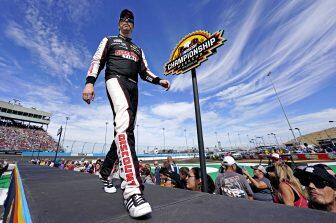 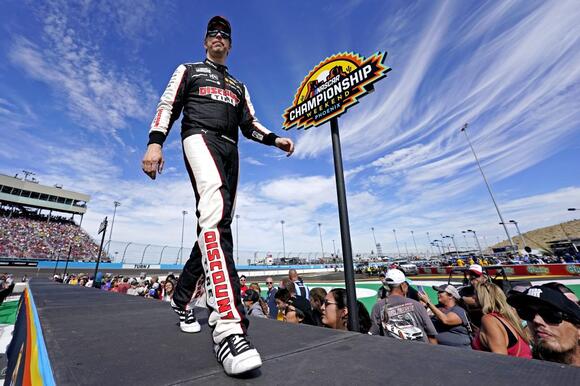 The 2022 NASCAR season begins in a few weeks and most of the driver movement during silly season has wrapped up. What are the new entries for the NASCAR Cup Series as we enter the season?

Out of every driver who is in a new car this year, Brad Keselowski is the most-notable name to switch rides. Keselowski, 37, has moved on from Team Penske to drive the No. 6 car for RFK Racing in 2022 and beyond.

The 37-year-old driver will be running full-time as a driver/owner after he became a minority owner of the team. Keselowski will be paired with crew chief Matt McCall for the 2022 season.

Another NASCAR champion that changed organizations is Kurt Busch as he joins 23XI Racing in the No. 45 car . Busch, 43, joined the team after Chip Ganassi Racing sold its operations to Trackhouse Racing .

Busch will also be reunited with his former crew chief Billy Scott. The two were a pair at Stewart-Haas Racing during the 2018 season when they won at Bristol Motor Speedway in August of that year.

As mentioned above, Busch moved on from Chip Ganassi after their sale to Trackhouse left them with no stake in NASCAR. However, his teammate decided to make the move to Trackhouse instead of going elsewhere.

Ross Chastain will pilot the No. 1 car for Trackhouse this season. Chastain, 29, will finally have a spot in NASCAR after his illustrious journey featured many heartbreaks and changes along the way.

The 29-year-old driver will continue his partnership with crew chief Phil Surgen as he moves to Trackhouse as well.

Many organizations stood pat with their lineups from the 2021 season, but others made changes after drivers were either not maintained or moved on to new opportunities.

The 23-year-old driver is expected to be one of three drivers fighting for the Rookie of the Year Award. Cindric will be paired with crew chief Jeremy Bullins as he continues with the No. 2 car in 2022.

Harrison Burton is another Xfinity Series driver that made the jump to the Cup Series this season. Burton, 21, is set to drive the No. 21 car for Wood Brothers Racing . This comes after spending two seasons with Joe Gibbs Racing in the Xfinity Series.

Todd Gilliland is the other addition to the Cup Series rookie class. Gilliland, 21, is making a huge jump to drive the No. 38 car for Front Row Motorsports after spending the last two seasons with the organization in the NASCAR Truck Series.

The 21-year-old driver spent a total of four full-time seasons in the Truck Series and only won two races. Seth Barbour will continue as the crew chief of the No. 38 car for the third straight season.

New teams and drivers for the NASCAR Cup Series in 2022

There are no newly formed teams for the NASCAR Cup Series in 2022, but there are two new organizations entering the series after spending time in the lower ranks, such as the Xfinity and Truck Series.

Kaulig Racing will enter two full-time cars throughout the season after buying two charters from Spire Motorsports last year. Justin Haley will be the organization’s only full-time entry as he drives the No. 31 car.

Haley, 22, ran full-time with Kaulig in the Xfinity Series from 2019 to 2021 and won four times at only superspeedway tracks. Trent Owens will be Haley’s crew chief after spending the last five years with JTG Daugherty Racing.

As for Kaulig’s other entry, Noah Gragson, A.J. Allmendinger, and Daniel Hemric will split time in the No. 16 car to help build the organization. Gragson, 23, will run 14 races while the others have not been made official yet.

Another organization making a jump to the Cup Series is GMS Racing, but this one is not as simple as it seems. Maury Gallagher, the owner of GMS Racing, purchased the majority stake of Richard Petty Motorsports during the offseason.

Due to this purchase, GMS Racing and Richard Petty Motorsports have merged to become Petty GMS Racing . Erik Jones will continue as driver of the No. 43 car after spending the 2021 season in the same car.

However, Ty Dillon will now drive full-time in the No. 42 car for Petty GMS Racing after it was previously announced that he would drive the No. 94 car for GMS Racing. Dillon, 29, gets another opportunity in NASCAR’s top level after leaving the series last season.

The 29-year-old spent four seasons with Germain Racing before they sold their operations to 23XI Racing for the 2021 season. Jerame Donley will be Dillon’s crew chief after spending nine years as the engineer for the No. 42 car.

Kyle Larson wants a new challenge: "I would love to race the .."

Kyle Larson, a man who dominates NASCAR tracks, has even greater ambitions for the continuation of his career. Namely, Larson wants another challenge in his career, the Indy 500. He emphasized this in the podcast and revealed that he wants a team in which he can show his maximum. “I...
MOTORSPORTS・1 DAY AGO
FanBuzz

Haley Carey has been extremely supportive of her husband Ty Dillon and his NASCAR career since the couple first started dating more than 10 years ago. But, Haley has also had an interesting career of her own. Let’s take some time to get to know a little bit more about...
CHARLOTTE, NC・2 DAYS AGO
Racing News

On May 2, Denny Hamlin lost a wheel during the race at Dover Motor Speedway. NASCAR issued their penalty report noting section 10.5.2.6 and it included three four-race suspension for the No. 11 team. Sections: (10.5.2.6) Loss or separation of an improperly installed tire/wheel from the vehicle with the note:...
MOTORSPORTS・2 DAYS AGO
Outsider.com

Outsiders, get ready. NASCAR‘s All-Star Race weekend is almost here. While many of the motorsport’s top drivers will take to Texas Motor Speedway, it’s bound to be exciting. I know I can’t wait. While we already knew what the weekend would look like, we now have...
TEXAS STATE・2 DAYS AGO

The Cost To Get Into the Top NASCAR Races

With June fast approaching, three months have passed since the NASCAR Cup Series kicked off with the Daytona 500 on Feb. 20 -- a dozen key races are now in the books for 2022. After the All-Star...
MOTORSPORTS・1 DAY AGO
Sportsnaut

Check in here throughout the 2022 season to find out what's going on in NASCAR today, and for our power rankings, highlights, latest race recaps, and standings.
FORT WORTH, TX・20 HOURS AGO
Racing News

Drivers don’t necessarily dislike going to Texas Motor Speedway for the NASCAR All-Star Race, but they don’t want to go to the same track year after year after year for the event. With the drivers making a second consecutive trip to the 1.5-mile track for the All-Star Race...
MOTORSPORTS・1 DAY AGO

Joe Gibbs Racing is reportedly pulling all the stops in a attempt to sign a new sponsor. Kyle Busch is in a contract year. His deal with Joe Gibbs Racing is set to end following the 2022 season. The team is currently working on a new deal. However, a new...
MOTORSPORTS・1 DAY AGO
AOL Corp

NASCAR All-Star Race betting: Kyle Larson is the favorite and the defending champ

It’s NASCAR All-Star Race weekend at Texas again. The track is set to hold its second All-Star Race after a deal that replaced the spring points race at the 1.5-mile track with the exhibition. Texas Motor Speedway got the All-Star Race (8 p.m. ET, Fox Sports 1) after the race spent a year at Bristol following a move from longtime home Charlotte Motor Speedway in 2019.
MOTORSPORTS・2 DAYS AGO
Autoweek.com

Documentary 'Rowdy' Ponders Why We Hate Kyle Busch So Much

There is nothing NASCAR fans love more than to boo a villain. And which villain do they love to hate? None more than Kyle Busch, winningest driver in NASCAR history (but only if you look at wins in all classes—Cup, Truck, and Xfinity—which is a little misleading). A...
MOTORSPORTS・1 DAY AGO
NBC Sports

Joe Gibbs Racing lost its appeal Wednesday of the four-race suspension to crew chief Chris Gabehart and two pit crew members for a wheel coming off Denny Hamlin’s car during the May 1 Dover Cup race. The National Motorsports Appeals Panel also altered the penalty. Instead of the suspensions...
MOTORSPORTS・2 DAYS AGO

Hey, Kyle Busch fans: Get 'Rowdy' in an upcoming documentary on the NASCAR star

Attention NASCAR fans: if you’re a Kyle Busch fan – or even if you’re not – put this on your to-do list. A new documentary on the NASCAR Cup star is set to debut soon that, as a press release notes, “offers an insider’s look at one of the most successful and controversial drivers in NASCAR ...
MOTORSPORTS・1 DAY AGO
NBC Sports

NASCAR’s All-Star weekend kicks off with on-track action for the Truck and Xfinity Series. Friday features practice and qualifying for both divisions, leading into the Camping World Truck Series’ 147-lap race around the 1.5-mile Fort Worth speedway at 8:30 p.m. ET. Friday, May 20. (All times Eastern) Forecast:...
FORT WORTH, TX・23 HOURS AGO
FOX Sports

FORT WORTH, Texas (AP) — Brad Keselowski was the runner-up in the NASCAR All-Star race at Texas last year and has led more laps on the 1 1/2-mile track than anyone who has never won here. Keselowski is in a much different position going into Sunday night's All-Star race,...
MOTORSPORTS・11 HOURS AGO
Sportsnaut

NASCAR silly season will start to heat up as we near the summer months. What is the current landscape and what should be expected out of this time of the year?
MOTORSPORTS・18 HOURS AGO
Sportsnaut