Is Amari Cooper a candidate to be cut this offseason? 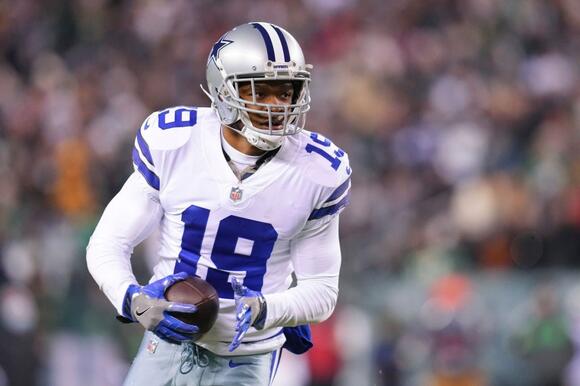 DALLAS (105.3 The Fan) - With a very limited cap situation heading into the offseason, the Cowboys could look to cut some veteran players to free up some cap space.

One player whose name has been brought up since the team's postseason ouster is wide receiver Amari Cooper. But will Dallas move on from him?

105.3 The Fan's Bobby Belt believes it's a possibility when asked Monday on the GBag Nation about Cooper's future.

“I feel like Amari Cooper’s gone,” Belt said. “That’s just a sense I get; nobody’s told me that.”

While not being an official report, Belt's comments caught some attention in DFW, so the Cowboys' insider wanted to expand on his comments about the receiver's future during Tuesday's edition of GBag.

"First off, I wasn't reporting anything. ... I'm certain Amari Cooper's $22 million cap figure is something that they're evaluating if they want to carry that into next year. Whether that be they trade him, they release him, they restructure him, which they have not been willing to do to this point. I don't see him carrying that exact figure into next season," Belt said. ... "The part where I was just more projecting, was I think that this ultimately ends up (with them deciding to) handle that cap figure (by moving on)."

Cooper had a down year this season, posting 865 receiving yards and eight touchdowns on 68 catches. That production doesn't exactly equate to a receiver coming off of the second year of a 5-year, $100 million contract.

"I think the production wasn't always there this year. He's not always fully healthy. … So, I think when you talk about salary, plus performance, plus health, it equals tough to carry that as a $22 million cap figure next year," Belt continued. … "I think they like Amari Cooper and they think well of him. I just think that they don't know that the money is going to make sense. So, that will be an evaluation for them. I don't think they've made any sort of a determination of what they're going to do there yet. Nobody's told me he's outta here, or anything like that. I just think that's where this is ultimately heading."

Jon Machota of the Athletic compiled a list of the ten Dallas Cowboys players who need to make a bigger impact in 2022. 7 of the 10 are on offense, but who comes in at No. 1?
ARLINGTON, TX・1 DAY AGO
105.3 The Fan

Dallas has relied on its three-point shooting to help propel them in their playoff run thus far, but their shooting from deep cost them in their 112-87 Game 1 loss to the Warriors on Wednesday night at the Chase Center.
DALLAS, TX・2 DAYS AGO
105.3 The Fan

Did an illness affect Luka's play in Game 1 loss to Warriors?

Is there another explanation as to why Mavs superstar point guard Luka Doncic had his worst game of the postseason in his team’s blowout loss to the Warriors in Game 1 of the Western Conference Finals?
DALLAS, TX・1 DAY AGO