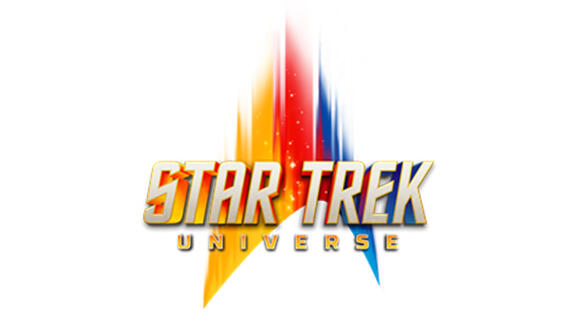 ● Star Trek: Strange New Worlds has been renewed for a second season ahead of its season one debut, which will premiere on Thursday, May 5. Following the premiere, new episodes will drop weekly on Thursdays.

“Four years ago, we made a promise to grow Star Trek into something it had never been before, and thanks to the incredibly hard work done by our many talented showrunners, writers, and directors, along with the extraordinary support of CBS Studios and Paramount+, we’re keeping our word,” said Alex Kurtzman, architect and executive producer, Star Trek franchise. “Now our current shows are set up for the future as we work to build Trek’ s’ next phase of programming for years to come.”

Click here to read the full article. Sky has unveiled a second series of I Hate Suzie and an adaptation of The Tattooist of Auschwitz, while confirming Universal Pictures’ Wicked will be one of the first projects to be filmed at Elstree Studios, relocating from the U.S. The Comcast-owned outfit is to present the news at a glitzy London event taking place this evening, led by the announcements about Wicked, the new TV dramas, and comedies featuring Sheridan Smith, Katherine Ryan and Suranne Jones. Sky is upping its original commissioning by 60% to 200 shows this year, revealed by CEO Dana Strong last week. Meanwhile, a...
NFL・2 DAYS AGO
Deadline

Click here to read the full article. Amazon Prime Video’s Reacher will see a familiar face as Maria Sten returns for the action series’ second season. Months after the streamer picked up the Alan Ritchson-fronted series for Season 2, Prime Video shared that Sten will reprise her role of Frances Neagley. Ritchson, who stars as Jack Reacher, revealed on Wednesday that the upcoming chapter seeks to cover Lee Child’s Bad Luck and Trouble, the 11th book in the Jack Reacher series. The first season was based on Child’s Killing Floor. From writer and showrunner Nick Santora, the series follows Jack Reacher, a...
NFL・1 DAY AGO
Deadline

Click here to read the full article. SPOILER ALERT: The story includes details about the Season 4 finale of ABC’s A Million Little Things. In a typical A Million Little Things fashion, the most recent fourth season ended with a cliffhanger and once again, someone’s life is in danger. This time, it was not an incident — or an accident — but a revelation that Gary’s cancer has returned. He and Maggie had been keeping his diagnosis secret but Rome stumbled upon it when he checked the memory card of his camera ahead of filming Tyrell’s graduation ceremony. Gary had borrowed the...
TV SERIES・1 DAY AGO

Click here to read the full article. UPDATED: When America fell asleep watching the election returns last night, Dave McCormick led Dr. Mehmet Oz 31.2% to 31.1% in the race to become the Republican nominee in the election for the Pennsylvania Senate seat being vacated by Pat Toomey. What a difference a day makes. Late today, those results had flipped, with Oz registering 31.2% and McCormick 31.1%. A New York Times tally had the lead at just over 1200 votes. Thousands of votes are outstanding — many of them mail in ballots — and, according to several reports, they could take...
PENNSYLVANIA STATE・1 DAY AGO
The US Sun

GENERAL Hospital revealed a major character change is coming to the show this week as one of its stars battles health issues. There are often comings and goings happenings on soaps, and the latest cast switch-up involves longtime cast member Nancy Lee Grahn. Nancy, who turns 66 on Thursday, has...
CELEBRITIES・24 DAYS AGO
Insider

Netflix has canceled another one of its major shows, with this one getting the ax after only two seasons. Variety reports that hit sci-fi drama Raising Dion has been dropped by the streamer, following its recent season debut. The news seems to have been revealed by series star Sammi Haney, who shared the news with fans on Instagram. "Sad to say that Raising Dion is CANCELED [sic] Thank you for all of the amazing support we got from all of our wonderful fans!" Haney wrote, in part. "Season 2 was a success, equal to Season 1, even if just looking at how many people watched all of it and wanted a season 3!"
TV SERIES・23 DAYS AGO
Outsider.com

After weeks of silence, Chris Rock has finally addressed his now-infamous incident with Will Smith at March's 94th Annual Academy Awards. During another sold-out show at Baltimore's Lyric Performing Arts Center on Friday, Rock directly referenced the slap, but only spent a second on it before moving on with his set.
BALTIMORE, MD・25 DAYS AGO
Insider

From the gourmet meals and missions to the VIP perks and room with a droid, here's what the galactic experience was like — and why we'd do it again.
LIFESTYLE・24 DAYS AGO

Click here to read the full article. Elon Musk said overnight that his $44 billion acquisition of Twitter can’t move ahead unless the company backs up statements about the number of fake accounts on the platform, which the company has put at under 5%. It’s something he’s been picking at for days but made explicit in a tweet early Tuesday as some estimates put the number of spam accounts at 20%. “20% fake/spam accounts, while 4 times what Twitter claims, could be *much* higher. My offer was based on Twitter’s SEC filings being accurate. Yesterday, Twitter’s CEO publicly refused to show proof...
NFL・2 DAYS AGO
Deadline

Click here to read the full article. Bass Reeves, a previously announced limited series produced by Yellowstone co-creator Taylor Sheridan, will now be an offshoot of Yellowstone prequel 1883 at Paramount+. The news was revealed as part of MTV Entertainment Studios’ upfront on Wednesday. Now titled 1883: The Bass Reeves Story, the limited series stars Emmy-nominated David Oyelowo as Reeves, a legendary lawman of the Wild West. Known as the greatest frontier hero in American history, and also believed to be the inspiration for The Lone Ranger. Reeves worked in the post-Reconstruction era as a federal peace officer in the Indian...
NFL・1 DAY AGO
The Independent

Johnny Depp found humour in a question asked during a Disney executive’s testimony in the ongoing defamation trial brought against ex-wife Amber Heard. In a pre-recorded deposition presented to the court on Thursday (19 May), Tina Newman – who works on the Pirates of the Caribbean franchise – was questioned about Depp’s future in a potential sixth film. “Do you know whether Mr Depp is being considered for a role in Pirates 6?” Heard’s lawyer inquired. To which Newman responded “I don’t know one way or another,” adding that the “decision does not fall within my job responsibilities. It’s...
MOVIES・12 HOURS AGO
Popculture

Spring is always a big time for engagements and weddings, and two beloved internet personalities are the latest to update their relationship status. On April 18, Rachel "Seltzer" Quirico revealed she and longtime boyfriend Trevor "TorcH" Housten were tying the knot after 17 years together. Both of them are beloved figures in the esports world, with Seltzer notably starring in the Syfy reality show WCG Ultimate Gamer. She's also hosted numerous esports tournaments and events for TV/streaming outlets; she also made a recent appearance on G4 TV's Boosted.
RELATIONSHIP ADVICE・24 DAYS AGO
Deadline

Click here to read the full article. UPDATE, 1:48 PM PT: A “wasted” Johnny Depp left a “visibly very upset” Amber Heard with a “swollen face” after an alleged 2016 fight, an acquaintance of the actress told a Virginia courtroom today in the former Pirates of the Caribbean star’s $50 million defamation trial. “It looked like she had been hit in some way,” Elizabeth Marz said in a November 2019 video deposition played for Judge Penny Azcarete, the jury and on-lookers on Wednesday afternoon. Describing that spring night at Depp and Heard’s DTLA penthouse residences six years ago, the close friend...
NFL・1 DAY AGO
Deadline

Click here to read the full article. Stark political divisions in the U.S. have caused a surge in TV ad spending, with primary races in Ohio, Pennsylvania and other key states pointing to a massive haul in the upcoming fall midterms. One key beneficiary of that influx of cash is Sinclair Broadcast Group, the No. 2 owner of local TV stations in the U.S. The company’s CEO, Chris Ripley offered his outlook on political ads and other topics in an appearance at the MoffettNathanson 9th Annual Media and Communications Summit. “Some of these primary races are crazy,” Ripley said. He cited Ohio,...
NFL・15 HOURS AGO
Deadline

Click here to read the full article. Top Gun: Maverick’s Cannes Film Festival premiere marks another high point in the movie star career of Tom Cruise. The actor turns 60 on July 3, and unlike most leading men of that age who become quicker to call for the stunt double, Cruise shows little evidence of slowing down after 43 films. If anything, his Mission: Impossible stunts seem to grow more ambitiously dangerous, not to mention the fact that he and director Doug Liman will become the first to actually shoot a space film in space for real—aboard one of Elon...
MOVIES・2 DAYS AGO