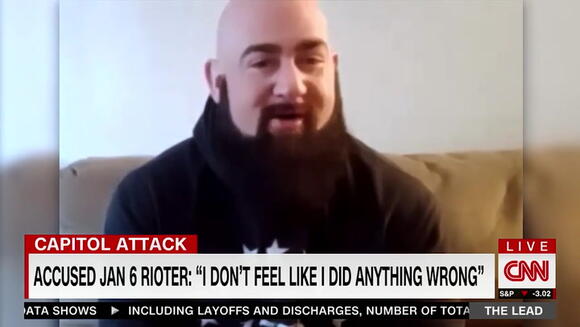 The wife of one of the Supreme Court justices who could be charged with deciding whether the House January 6th select committee can view Trump administration White House records has signed on to an open letter calling for the committee’s two Republican members to be ousted from the House GOP conference.

Virginia “Ginny” Thomas, a longtime conservative activist and the wife of Justice Clarence Thomas , was one of more than 60 signatories to the open letter, which was organised by the pro-Trump Conservative Action Project and asks House Minority Leader Kevin McCarthy to “act immediately to remove” Reps Liz Cheney and Adam Kinzinger from the Republican conference “due to their egregious actions as part of the House of Representative’s January 6th Select Committee”. 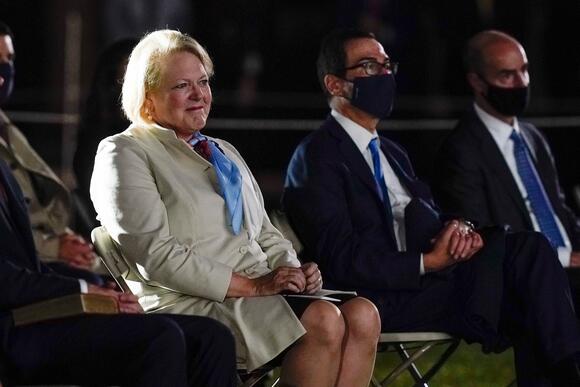 It further accuses the two GOP House members of having “deliberately sought to undermine the privacy and due process of their fellow Republicans, and those of private citizens, with improperly issued subpoenas and other investigatory tactics” and complains that their participation in the House’s investigation into the worst attack on the Capitol since 1814 “have given supposedly bipartisan justification to an overtly partisan political persecution that brings disrespect to our country’s rule of law, legal harassment to private citizens who have done nothing wrong, and which demeans the standing of the House”.

The list of signatories includes a veritable who’s who of names from the Trump wing of the GOP, including Reagan-era attorney general Ed Meese, ex-Ohio Secretary of State Ken Blackwell, former senator Jim DeMint, and American Conservative Union chairman Matt Schlapp, as well as two attorneys who helped perpetuate former president Donald Trump ’s false claims of election fraud in the weeks prior to the 6 January insurrection, Cleta Mitchell and Jenna Ellis.

But the inclusion of Ms Thomas as a signer of a letter denouncing the investigation into the attack on the Capitol is controversial in and of itself because her husband is set to vote on whether the court will hear arguments in Mr Trump’s bid to block the National Archives and Records Administration from releasing White House records to the committee.

Although her husband is duty-bound to keep any political opinions to himself and out of his jurisprudence, Ms Thomas has long been a high-level player in GOP activist circles, and was known to be a key behind-the-scenes adviser to Mr Trump during his presidency.

She has also courted controversy by opining on matters that were on track to be argued before the Supreme Court in the past, including voicing her opposition to the Affordable Care Act while challenges to the health care law were making their way through the courts.

Ms Thomas’ participation in the push to oust Ms Cheney and Ms Kinzinger from the House GOP conference comes on the heels of another dust-up she created on social media the day the pro-Trump mob stormed the Capitol.

Early that morning, she took to Facebook urge followers of her personal page to “watch what Congress does” and wrote: “LOVE MAGA people!!!!”

She later added: “GOD BLESS EACH OF YOU STANDING UP or PRAYING.”

While experts say the political views of a judge’s spouse should not be attributed to the judge, they can create the appearance of a conflict of interest.

But because the Supreme Court does not require justices to follow the recusal rules it applies to lower court judges, individual justices are responsible for deciding whether they must recuse themselves from a case.

why would you want someone out of congress for doing there job, if you didn't do anything then it's nothing to worry about, then she's the wife of a Supreme Court Justice wow, what's he doing wrong when she's in his ear, her husband should be taken off the bench just because of her and the views she has

WOW!!! The rePUBICan'ts must be really worried. They've gone and paid some big money to someone. I'm praying hard that GOD prevails and the evil one is cast aside!! In the Name of Jesus, Amen!!

Rep. Greene has repeatedly pushed the conspiracy theory that left-wing activists and rogue FBI agents carried out the siege.
GEORGIA STATE・20 DAYS AGO
The Independent

A former official in Donald Trump’s administration is sounding the alarm about the danger of far-right rhetoric in the wake of the mass shooting in Buffalo, New York.Miles Taylor, a former deputy chief of staff at the Department of Homeland Security, wrote on Twitter early on Sunday morning that the words of “leaders” of the GOP, including presumably Donald Trump, was responsible for “directly” inspiring violence like the attack an 18-year-old is accused of carrying out in a Buffalo supermarket on Saturday that left 10 dead and others injured.“I spent a decade working in counterterrorism. The rhetoric we are...
PUBLIC SAFETY・17 HOURS AGO
Salon

Rep. Marjorie Taylor Greene (R-GA) speaks to supporters of former U.S. President Donald Trump at the Banks County Dragway on March 26, 2022 in Commerce, Georgia. This event is a part of Trump's Save America Tour around the United States. (Megan Varner/Getty Images) On Monday, CNN's Andrew Kaczynski and Em...
COMMERCE, GA・19 DAYS AGO
The Independent

New York congresswoman Elise Stefanik, the third-ranking Republican in the US House of Representatives, has been roundly criticised for calling her political opponents the “usual pedo grifters” as she joined GOP officials attacking the White House and congressional leadership for their response to a nationwide shortage of baby formula.She claimed that the administration has “no plan” to address the shortage; the White House and House Speaker Nancy Pelosi have put forth plans to tackle the crisis, including a forthcoming vote to boost supplies for low-income families.Congresswoman Stefanik’s use of “pedo” on 13 May follows an explosion of casual smears...
CONGRESS & COURTS・2 DAYS AGO

Senator Lindsey Graham has said he was wrong to describe Joe Biden as 'the best person' to lead the country after the January 6 insurrection. Graham was recorded speaking to New York Times reporter Jonathan Martin on the day of the riot itself. Martin has written a new book with...
PRESIDENTIAL ELECTION・3 DAYS AGO
Business Insider

Greene testified on Friday that she didn't recall whether she asked Trump to invoke military rule, despite telling Meadows to relay the idea to Trump.
ATLANTA, GA・20 DAYS AGO
WashingtonExaminer

When President Joe Biden named Kamala Harris as his running mate, he promised his former campaign rival would be one of the most influential voices in the White House.
PRESIDENTIAL ELECTION・20 DAYS AGO
The Independent

A legal effort to ban Marjorie Taylor Greene from standing for re-election has been given the go-ahead by a federal judge, who denied the far-right Georgia congresswoman’s attempt to have the case against her thrown out – paving the way for further proceedings by the end of this week.The news led Ms Taylor Greene to complain that “I have to go to court on Friday and actually be questioned about something I’ve never been charged with and something I was completely against.”Ms Greene, a hardline pro-Trump Republican who has long circulated false conspiracy theories, is accused by campaigners of...
CONGRESS & COURTS・26 DAYS AGO

MEXICO CITY — Mexican President Andrés Manuel López Obrador on Monday urged U.S. Latinos not to vote in November’s midterm elections for politicians who have “mistreated” them, in response to a comment by former U.S. President Donald Trump. Trump boasted at a rally in...
PRESIDENTIAL ELECTION・19 DAYS AGO
USA TODAY

The Centers for Disease Control and Protection announced in April that the Title 42 would be rescinded on May 23.
LOUISIANA STATE・20 DAYS AGO
Fox News

EXCLUSIVE: A group of Republican senators is introducing legislation to block the Biden administration from sending personnel and funding from the Department of Veterans Affairs (VA) to alleviate the crisis at the southern border. The senators are alarmed by the Biden administration's announced termination of Title 42 on May 23,...
CONGRESS & COURTS・19 DAYS AGO
NBC News

A Kansas legislator said she does not “appreciate the huge transgender female who is now in our restrooms in the Capitol,” seeming to refer to her only transgender colleague. State Rep. Cheryl Helmer made the statement in an email with a University of Kansas graduate student, who voiced...
KANSAS STATE・19 DAYS AGO

Harvard polled Americans under 30 who are likely to vote in the midterms and found 85% of them want some government action on student loan debt.
PRESIDENTIAL ELECTION・20 DAYS AGO
Business Insider

The intelligence the U.S. shared with Ukraine helped it continue to resist Russian invading forces and even shoot down a transport plane carrying hundreds of Russian troops, a new report revealed. According to current and former U.S. officials who spoke with NBC News on Tuesday, the U.S. provided critical intelligence...
MILITARY・19 DAYS AGO

Marjorie Taylor Greene is being slammed online for claiming that a video showing US lawmakers visiting Ukrainian president Volodymyr Zelensky proves the country is safe, because a Republican delegation wasn’t wearing bulletproof vests as they toured Kyiv.“Notice U.S. elected politicians like [House Speaker Nancy Pelosi] and [Senate Minority Leader Mitch McConnell] can go visit Zelensky in Ukraine without bullet proof vests/helmets or any fear from dangers of war, while they eagerly give billions to fund their proxy war w/ Russia,” the Georgia Republican wrote on Twitter on Saturday.“If the conditions in Ukraine were so grave to warrant the U.S....
WORLD・1 DAY AGO
The Independent

Representatives Dan Crenshaw and Marjorie Taylor Greene feuded on Twitter after the two Republican members of Congress took different votes on an aid package to Ukraine.On Tuesday, the House passed a $40bn aid package to Ukraine. Every Democrat present voted for the legislation, while 57 Republicans voted against the package, including Ms Greene. Other Republicans who voted against the legislation included Representatives Paul Gosar of Arizona, Matt Gaetz of Florida, Madison Cawthorn of North Carolina and Lauren Boebert of Colorado. But the feud began when Mr Crenshaw, a Texas Republican who lost an eye while serving in Afghanistan, tweeted...
FOREIGN POLICY・3 DAYS AGO
Salon

House Republican Leader Kevin McCarthy (R-CA) (Joe Raedle/Getty Images) There was a flurry of headlines last week when news broke that House Minority Leader Kevin McCarthy (R-CA) said out loud that he thought former President Donald Trump should resign in the wake of the deadly Jan. 6 insurrection. The focus was on the fact that McCarthy lied about ever expressing that thought - until, of course, he was confronted with the audio recording of him saying exactly that.
CONGRESS & COURTS・19 DAYS AGO
Newsweek

The former president referenced scoring well on a cognitive test in 2018, which is designed to detect whether a person has early stages of dementia.
DELAWARE COUNTY, OH・21 DAYS AGO