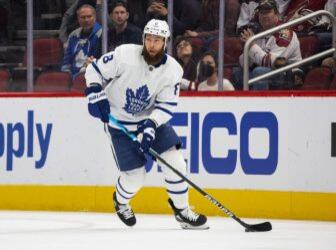 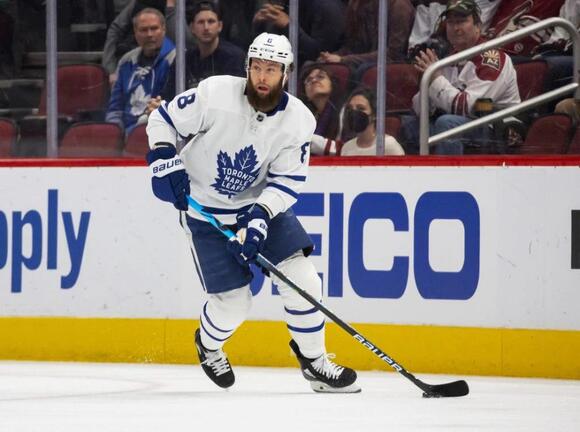 Toronto Maple Leafs defenseman Jake Muzzin will miss the team’s visit to New York after being diagnosed with a concussion.

Muzzin, 32, will remain in Toronto and sit out Wednesday’s game at the Rangers and Saturday’s contest against the Islanders.

Muzzin took a big hit from St. Louis Blues forward Klim Kostin during last Saturday’s game. Muzzin remained in the game and was a full participant in Monday’s practice, however he said didn’t feel right afterward.

Johnny Gaudreau scored the series-winning overtime goal and the host Calgary Flames claimed a 3-2 victory over the Dallas Stars
DALLAS, TX・13 HOURS AGO

Nothing gets the people going quite like the Stanley Cup Playoffs. Find out how to live stream every NHL Playoff game here.
NHL・3 HOURS AGO
Sportsnaut

Now that the 2021-22 postseason is in full bloom, it’s time to check in on our NBA Playoff predictions with
PHILADELPHIA, PA・16 HOURS AGO
Sportsnaut

The Phoenix Suns were looking to punch their ticket to the Western Conference Finals Sunday evening at home. Everything was
PHOENIX, AZ・17 HOURS AGO
Sportsnaut

The Philadelphia 76ers have confirmed that swingman Danny Green suffered a torn ACL and LCL in the team’s Game 6
PHILADELPHIA, PA・2 DAYS AGO
Sportsnaut

Celtics’ Robert Williams III to play in Game 7 vs. Bucks

Boston Celtics center Robert Williams III is available to come off the bench in Game 7 against the visiting Milwaukee
BOSTON, MA・1 DAY AGO
Sportsnaut

Bookmark. Save. Favorite. Do your thing. This is the one-stop-shop for everything NBA schedule-related heading into the 2021-22 season: Related:
NBA・8 HOURS AGO
Sportsnaut

The NHL season officially started back on October 12. In this article, we track all the NHL games today as
NHL・8 HOURS AGO
Sportsnaut

Giannis Antetokounmpo and his Milwaukee Bucks are coming off an ugly Game 6 home loss to the Boston Celtics with
MILWAUKEE, WI・1 DAY AGO
Sportsnaut

Outfielder Luis Barrera might not be in the starting lineup Monday night for the Oakland A’s when they host the
OAKLAND, CA・7 HOURS AGO

Our MLB Games Today schedule is back for the 2022 MLB season. Major League Baseball ended its lockout, officially clearing
MLS・8 HOURS AGO
Sportsnaut