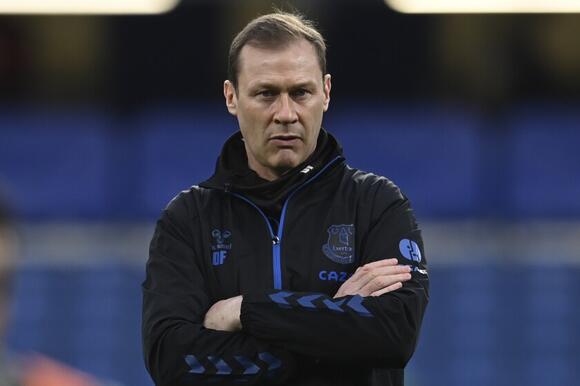 Everton promoted Duncan Ferguson to caretaker manager on Tuesday while it searches for Rafa Benitez's successor.

Ferguson, a former Scotland and Everton striker, took charge for three games in 2019 following the dismissal of Marco Silva and he has remained on the coaching staff.

The club said in a statement that Ferguson would be in charge "for the club's upcoming games” starting with the visit of Aston Villa on Saturday.

Everton is looking for a sixth permanent managerial appointment since owner Farhad Moshiri took over in 2016.

The team is 16th in the Premier League, six points above the relegation zone with two games in hand over 18th-placed Norwich.

Manchester United are going to let Aaron Wan-Bissaka to leave the club this summer as the defender will not be a part of Erik ten Hag’s plans when he takes over at Old Trafford. Ole Gunnar Solskjaer signed Wan-Bissaka as a bright prospect from Crystal Palace in 2019 for...
PREMIER LEAGUE・25 MINUTES AGO