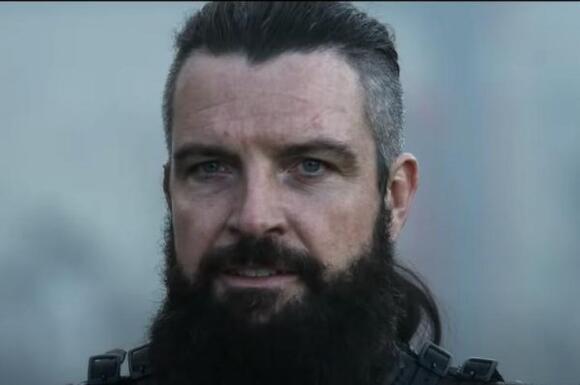 Jan. 18 (UPI) -- Vikings go to war in the new teaser trailer for Netflix's Vikings: Valhalla, which comes to the streaming service on Feb. 25.

Viking armies assemble and attack the English in order to avenge the death of fellow Vikings in the clip released on Tuesday.

The teaser provides quick looks at a number of epic battle scenes from the sequel series as swords clash and bridges are destroyed.

May 26 (UPI) -- Adult animation continues to expand into new genres across a number of streaming services. Gone are the days when only a handful of animated shows like The Simpsons, King of the Hill and South Park existed for adult audiences. Here five upcoming adult animated shows to...
TV SERIES・20 HOURS AGO
UPI News

May 26 (UPI) -- Vertical Entertainment is giving a glimpse of the new film Abandoned. The company shared a trailer for the horror film Thursday featuring Emma Roberts, John Gallagher Jr. and Michael Shannon. Abandoned follows Sara (Roberts) and Alex (Gallagher), a couple with an infant son who move into...
MOVIES・11 HOURS AGO
UPI News

May 26 (UPI) -- Disney+ released the trailer for their Willow series on Thursday at Star Wars Celebration in Anaheim, Calif. The show premieres Nov. 30 on Disney+. The trailer shows Willow (Warwick Davis) living peacefully in the Nelwyn village with his family. A group of young warriors come to ask Willow to help them with his magic.
ANAHEIM, CA・7 HOURS AGO
UPI News

Kristen Stewart attends 'Crimes of the Future' premiere at Cannes

May 24 (UPI) -- Kristen Stewart walked the red carpet Monday at the 2022 Cannes Film Festival. The 32-year-old actress attended the premiere of her film Crimes of the Future at the Palais des Festivals. Stewart wore a jeweled high-neck crop top and a white skirt from Chanel. The actress...
MOVIES・2 DAYS AGO

May 26 (UPI) -- Disney+ released the first trailer for the Star Wars series Andor on Thursday. The trailer premiered at Star Wars Celebration in Anaheim, Calif. Diego Luna reprises his role of Cassian Andor from Rogue One: A Star Wars Story. Rogue One took place directly before Star Wars: Episode IV - A New Hope and Andor is a prequel to Rogue One.
ANAHEIM, CA・8 HOURS AGO
Insider

Click here to read the full article. Rotem Shamir, whose credits include hit series “Fauda” and “Hostages” will make his Indian film debut as director of “Garud.” Inspired by real events, “Garud” will present a fictionalized depiction of the rescue mission in Afghanistan, based on the story of a police officer and his team of special forces. The film will be produced by Ajay Kapoor (“Attack”) for Ajay Kapoor Productions and Subhash Kale for Vikrant Studio. The cast is being finalized. Kapoor said: ” ‘Garud’ is a huge project for me, I’m emotionally driven to the film and want to give it the...
WORLD・49 MINUTES AGO

May 26 (UPI) -- Justin Timberlake sold his entire music catalog to Blackstone-backed Hipgnosis Song Management on Thursday, joining the wave of recent mega stars who have sold the rights to their songs for millions of dollars. Hipgnosis CEO Merck Mercuriadis announced the purchase of all the Grammy-winning singer's copyrights...
MUSIC・1 HOUR AGO
UPI News

May 25 (UPI) -- The Bold and the Beautiful star Jacqueline Wood is a mom of three. The 35-year-old actress recently welcomed her third child, son Brando Elion, with her husband, Elan Ruspoli. Wood introduced her baby boy in a photo featuring her two other sons, Rise, 3, and Lenix,...
CELEBRITIES・1 DAY AGO
UPI News

May 26 (UPI) -- Maryanne Oketch, a 24-year-old seminary student from Ontario, was crowned the winner of Survivor Season 42. Oketch was named the Sole Survivor and took home the $1 million grand prize on Wednesday during the Season 42 finale. The finale started with five contestants, including Oketch, Lindsay...
TV SHOWS・12 HOURS AGO
UPI News

May 26 (UPI) -- South Korean boy band Astro is giving a behind-the-scenes look at the making of its "Candy Sugar Pop" music video. The K-pop group shared a featurette Thursday that shows the members of Astro on the music video's set. Astro is seen filming in front of a...
WORLD・10 HOURS AGO