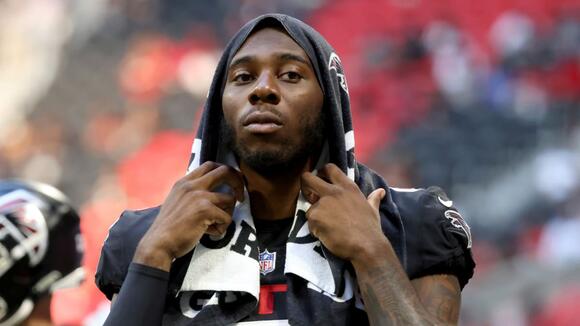 Watch all the highlights of Kyle Pitts’ historic rookie season with the Atlanta Falcons.

A unicorn.
A generational talent.
The best tight end prospect in history.

Those were the things being said of tight end Kyle Pitts before the NFL Draft last year.

The Atlanta Falcons made him the No. 4 overall pick out of the University of Florida, and in doing so, made him the highest drafted tight end… ever.

Those were exceedingly high expectations to place on the shoulders of a 20-year old.

That Pitts met those expectations, and maybe even exceeded them his rookie was no small feat.

Pitts finished 2021 as the Falcons leading receiver. He set the franchise record for yards by a rookie with 1,026 yards , finishing just shy of the all-time rookie tight end record of 1,076 set by Mike Ditka of the Chicago Bears in 1961.

Pitts was selected to the Pro Bowl this year and will participate for the NFC on February 6th.

Pitts did all of this while facing double and triple-team coverage as receiver Calvin Ridley left the team having played only five games, and Russell Gage battled injuries the first half of the season.

It’s often mentioned that Ditka’s record was set in the era of the 14-game season while Pitts played 17 games.

What isn’t talked about as much is the 1,076 yard for Ditka his rookie season was also a career high.

It’s a different era, but 1,000 yards per season should be the expectation for Kyle Pitts moving forward, not a high-water mark like it was for Ditka.

And he’s just getting started.

Which player should be on Falcons fans' radars next offseason?
ATLANTA, GA・2 DAYS AGO
Falcon Report

'Be Marcus Mariota': What Falcons Need from New Starting QB

"I’m kind of hungry to get back on the field again.” - Mariota.
ATLANTA, GA・1 DAY AGO
Falcon Report

What role, if any, will McNichols have on the Falcons roster?
ATLANTA, GA・2 DAYS AGO
Falcon Report

Why Pees hopes Jarrett will 'be a Falcon forever.'
ATLANTA, GA・18 HOURS AGO
Falcon Report

Charles London has been impressed with the leadership and maturity in Atlanta Falcons quarterbacks Marcus Mariota and Desmond Ridder
ATLANTA, GA・14 HOURS AGO
Falcon Report

New rules for managing player health and rosters heading into the new season for the Falcons.
ATLANTA, GA・12 HOURS AGO