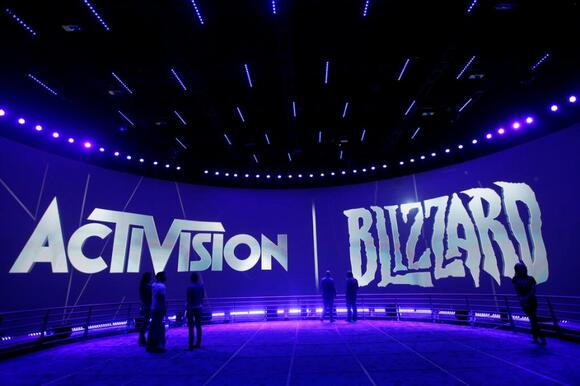 Microsoft is paying nearly $70 billion for Activision Blizzard, the maker of “Candy Crush’’ and ‘’Call of Duty,’’ as it seeks an edge in the fiercely competitive businesses of mobile gaming and virtual-reality technology.

The all-cash $68.7 billion deal will turn Microsoft, maker of the Xbox gaming system, into one of the world’s largest video game companies and help it compete with tech rivals such as Meta, formerly Facebook, in creating immersive virtual worlds for both work and play.

If the deal survives scrutiny from U.S. and European regulators in the coming months, it also could be one of the priciest tech acquisitions in history since Dell bought data-storage company EMC in 2016 for around $60 billion.

Activision has been buffeted for months by allegations of misconduct and unequal pay, and that was addressed Tuesday by Microsoft CEO Satya Nadella in a conference call with investors.

Most neighborly US cities: where Columbus ranks

“The culture of our organization is my number one priority,” Nadella said, adding that ”it’s critical for Activision Blizzard to drive forward on its” commitments to improve its workplace culture.

Activision disclosed last year it was being investigated by the Securities and Exchange Commission over complaints of workplace discrimination.

Activision CEO Bobby Kotick will retain his role, and he and his team will maintain their focus on driving efforts to further strengthen the Santa Monica, California, company’s culture and accelerate business growth.

Wall Street saw the acquisition as a big win for Activision Blizzard Inc. and shares soared 27% in early trading Tuesday. Shares of Microsoft slipped less than 1%.

Microsoft, based in Redmond, Washington, said both acquisitions will help beef up its Xbox Game Pass game subscription service.

Started in 1979 by former Atari Inc. employees, Activision has been behind games such as “Guitar Hero” and the “World of Warcraft” franchise. Kotick has been CEO since 1991.

Microsoft said it expects the deal to close in the upcoming 2023 fiscal year, which starts in July. The Activision business unit would then report to Phil Spencer, who has led Microsoft’s Xbox division and will now serve as CEO of Microsoft Gaming.

Missing in Waverly: ‘Cut up in a chipper’

WAVERLY, Ohio (WCMH) — The daughter of a missing Waverly man said people close to her father told her that he’d been cut up in a chipper and fed to hogs. Raymont Willis, 42, disappeared from his home on Johnson Hill Road on July 4, 2020. His disappearance is connected to Koby Roush — who […]
WAVERLY, OH・1 DAY AGO
NBC4 Columbus

Homicide suspect turns himself in for southeast Columbus shooting

COLUMBUS, Ohio (WCMH) — Columbus Police said that a homicide suspect turned himself in on the same day he allegedly shot and killed a man on the southeast side. Police state Bayette Mitchell, 21, turned himself in to CPD headquarters Saturday and is in Franklin County jail. Mitchell’s first court appearance is scheduled for Monday. […]
COLUMBUS, OH・2 DAYS AGO
NBC4 Columbus

Women shot at after trying to prevent man from picking up young girls, Columbus police say

COLUMBUS, Ohio (WCMH) – Columbus police are investigating after two women said they were shot at after allegedly trying to stop a man from “picking up” girls in southwest Columbus. Police said the incident happened Monday at approximately 1:39 p.m. in the area of Tiger Drive and Regentshire Drive. When officers responded to the scene, […]
COLUMBUS, OH・23 HOURS AGO
inputmag.com

Jeff Bezos, the founder and former CEO of Amazon, and Elon Musk, the CEO of Tesla and soon-to-be owner of Twitter, don't strike me as best buds. The two men have competed over the past few years for the title of the world's richest man, a title Musk holds. They also sort of compete in space, with Bezos' Blue Origin competing against Musk's SpaceX.
BUSINESS・28 DAYS AGO
electrek.co

Silk Road founder Ross Ulbricht is forfeiting billions of dollars worth of Bitcoin (BTC) and other crypto assets to the US government. According to a new court filing, Ulbricht will relinquish any claim to over 69,000 BTC and undisclosed amounts of Bitcoin Gold (BTG), Bitcoin SV (BSV) and Bitcoin Cash (BCH) worth a combined $3 billion as part of a settlement.
PUBLIC SAFETY・29 DAYS AGO
itechpost.com

COLUMBUS, Ohio (WCMH) — A 20-year-old man was arrested Saturday by police two days after a warrant was issued relating to his alleged role in an April shooting at a north Columbus Roosters, according to court records. Court records said Travaughn McConnell was charged with attempted murder and numerous counts of felonious assault after taking […]
COLUMBUS, OH・3 DAYS AGO
NBC4 Columbus

COLUMBUS, Ohio (WCMH) — After a man was found dead in a burned-out car earlier in the year, Columbus police say a man is facing several charges including murder and arson. Gregory Howard, 34, was identified as the suspect in the January death of Raymond Morris, 38, according to the Columbus Division of Police. On […]
COLUMBUS, OH・1 DAY AGO
NBC4 Columbus

A woman was arrested in Miami-Dade County after it was reported she allegedly stole over $437,000 from a hospitalized elderly cancer patient.
MIAMI, FL・1 DAY AGO
NBC4 Columbus

Court records show a 3-year-old tested positive for methamphetamine and was hospitalized for months after staying at their father's home in Missouri.
FESTUS, MO・1 DAY AGO

FAIRFIELD COUNTY, Ohio (WCMH) — The Fairfield County Sheriff’s Office is searching for a woman who has been missing since early May. Krista Stebelton was reported missing on May 5 and has not been seen since, per the FCSO. FCSO states Stebelton did contact a family member on May 6 to say she was fine. […]
FAIRFIELD COUNTY, OH・1 DAY AGO
NBC4 Columbus

COLUMBUS, Ohio (WCMH) — A man is recovering after Columbus police said he was shot in his backside early Sunday morning. According to Columbus police, the shooting was reported at a gas station on the 3000 block of East Broad Street at approximately 12:24 a.m. The 27-year-old victim initially refused to cooperate with police before […]
COLUMBUS, OH・2 DAYS AGO
NBC4 Columbus

COLUMBUS, Ohio (WCMH) — The Central Ohio Crime Stoppers are looking for community help in an investigation of an east Columbus shooting in May 2021 for its “Crime of the Week.” On May 27, 2021, Columbus Police officers went to the 3600 block of East Livingston Avenue and found a woman who had been shot […]
COLUMBUS, OH・2 DAYS AGO
Entrepreneur

COLUMBUS, Ohio (WCMH) — The Franklin County Sheriff’s Office is on scene near an elementary school in west Columbus.   Prairie Lincoln Elementary School, with the South-Western City Schools, was closed Monday as a precaution because of a SWAT situation that happened earlier in the morning in the area of Darbyhurst Road and Amesbury Way.   […]
COLUMBUS, OH・1 DAY AGO
NBC4 Columbus

COLUMBUS, Ohio (WCMH) — Police have arrested a man and charged him with an overnight shooting and assault.   According to the Columbus Division of Police, at about 1:21 a.m., Monday, officers were called to the 2500 block of W. Broad Street on the report of an assault.   Police say one person had been […]
COLUMBUS, OH・1 DAY AGO
NBC4 Columbus

HILLIARD, Ohio (WCMH) — A two-year-old girl has been hospitalized Monday after a crash in Hilliard, according to local police.   The City of Hilliard Division of Police said a car struck a 2-year-old girl around 8:40 a.m., in the 3400 block of Fishinger Road. She had wandered out of her grandparents’ home into the […]
HILLIARD, OH・1 DAY AGO
NBC4 Columbus

KNOX TOWNSHIP, Ohio (WCMH) — A Columbus man is dead after the motorcycle he was driving ran off the road in Knox Township, Guernsey County on Saturday. According to the Cambridge post of the Ohio State Highway Patrol (OSHP), Mark A. Moody, 70, was driving a 2015 Harley Davidson motorcycle along SR-658 at approximately 2:45 […]
GUERNSEY COUNTY, OH・2 DAYS AGO