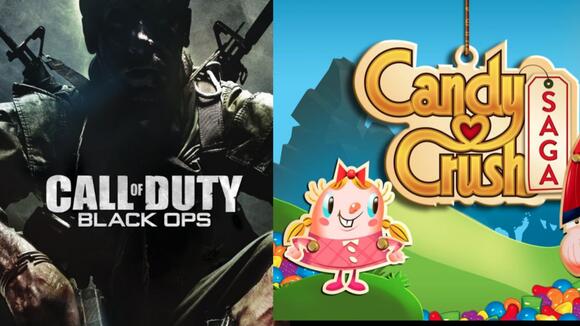 According to the agreement, Microsoft will purchase extremely popular gaming franchise, Activision, for $68.7 billion. This will make Microsoft the third largest gaming company behind Sony and Tencent.

Microsoft officials have hinted that once the deal in complete Activision games will be placed on the Xbox and PC game pass.

Microsoft expects the Activision deal “to close in fiscal year 2023,” which means we might not see this deal approved for up to 18 months.

Silk Road founder Ross Ulbricht is forfeiting billions of dollars worth of Bitcoin (BTC) and other crypto assets to the US government. According to a new court filing, Ulbricht will relinquish any claim to over 69,000 BTC and undisclosed amounts of Bitcoin Gold (BTG), Bitcoin SV (BSV) and Bitcoin Cash (BCH) worth a combined $3 billion as part of a settlement.
PUBLIC SAFETY・25 DAYS AGO
HipHopDX.com

Ice Cube returned from a trip to Morrison, Colorado last week where he performed at the historic Red Rocks Amphitheater alongside Cypress Hill, E-40 and Too $hort for the annual 420 on the Rocks show. Now presumably back at home in Los Angeles, the N.W.A legend has turned his attention...
MORRISON, CO・25 DAYS AGO
electrek.co

As part of a lawsuit between shareholders and Elon Musk regarding his “funding secured” tweet, new text messages and emails between Musk and people involved have been released. The communications pretty much confirmed how most people saw the situation: Elon Musk took a meeting with the head of...
BUSINESS・25 DAYS AGO
Inc.com

Jeff Bezos, the founder and former CEO of Amazon, and Elon Musk, the CEO of Tesla and soon-to-be owner of Twitter, don't strike me as best buds. The two men have competed over the past few years for the title of the world's richest man, a title Musk holds. They also sort of compete in space, with Bezos' Blue Origin competing against Musk's SpaceX.
BUSINESS・24 DAYS AGO