The stock market was having a rough start to the trading week on Tuesday, with all three major averages firmly in the red. However, investment banking giant Goldman Sachs (NYSE: GS) was a big underperformer. As of 10:45 a.m. ET, Goldman has fallen 8% for the day.

As you might expect given the time of year, earnings are to blame. Goldman Sachs reported its fourth-quarter earnings on Tuesday morning, and it's fair to say that investors are disappointed. 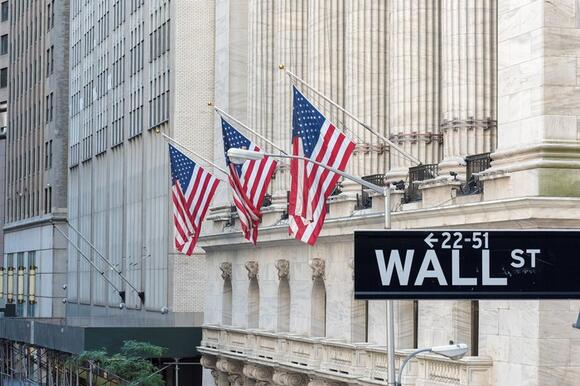 First of all, while Goldman beat top-line revenue expectations, it missed on bottom-line earnings, which is quite rare for the bank. In recent quarters, Goldman has handily surpassed even the most optimistic projections, so this certainly caught many investors by surprise.

One big culprit was rising expenses, which has been a major trend throughout the industry. In fact, Goldman's operating expenses soared by 23% year over year and were $500 million higher than analysts had been looking for, with higher pay and benefits one of the main reasons cited by management.

There were some positive components of the report, however. Investment banking revenue was one big bright spot, as revenue skyrocketed 45% higher year over year and beat expectations by a wide margin. Plus, Goldman's revenue and earnings for the full year 2021 were all-time records for the bank. However, it wasn't nearly enough to overcome the sting of the earnings miss.

It's important to take any single-quarter earnings miss with a big grain of salt, but there are some things investors should definitely keep an eye on. Specifically, while Goldman faces the same inflationary pressures as other banks, especially when it comes to wages, it isn't likely to benefit from rising interest rates nearly as much as other big banks with larger lending operations.

10 stocks we like better than Goldman Sachs
When our award-winning analyst team has a stock tip, it can pay to listen. After all, the newsletter they have run for over a decade, Motley Fool Stock Advisor , has tripled the market.*

They just revealed what they believe are the ten best stocks for investors to buy right now... and Goldman Sachs wasn't one of them! That's right -- they think these 10 stocks are even better buys.

The discount retailer provided its first-quarter earnings and an update for the year, and Wall Street didn't like what it saw.
STOCKS・13 HOURS AGO

The company's founder is wealthier than Buffett himself.
STOCKS・1 DAY AGO
Business Insider

A member of a superyacht crew also told The Times of London that one owner had his bar stools made from whale foreskin.
BOATS & WATERCRAFTS・26 DAYS AGO
The Motley Fool

With a solid foundation and a decent plan in place, it gets much easier to make the right decisions for your long-term financial health.
STOCKS・2 DAYS AGO
FOXBusiness

Tesla CEO Elon Musk said this week that the U.S. must "stop the infighting" in order to be competitive with China, warning that the world's second-largest economy will someday dwarf America's output. "What we’re going to see with China, for the first time that anyone can remember who is alive,...
ECONOMY・3 DAYS AGO
The Motley Fool

Warren Buffett's approach could keep your money safer amid volatility.
STOCKS・17 HOURS AGO
The Motley Fool

Secular changes in technology and culture favor some names at the expense of others.
STOCKS・17 HOURS AGO
The Motley Fool

Berkshire Hathaway made several new stock purchases, but this one is particularly interesting.
STOCKS・1 DAY AGO