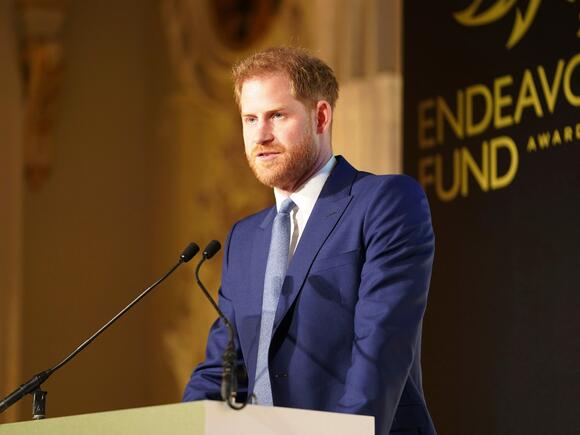 The number of trips Prince Harry has taken back to the United Kingdom have been fairly staggered and relatively limited. The Duke of Sussex has attended a few meaningful events with his family, including the statue unveiling dedicated to his mother, Princess Diana , and the funeral of his late grandfather, Prince Philip . Each journey Harry’s taken back to the U.K. has been done solo, leaving his wife Meghan Markle and two children, Archie, 2, and Lilibet, 7 months, back in California — and now we know why. Prince Harry has petitioned the British government for the ability to hire his own security for his family’s U.K. visits, despite a decision made by the British Home Office that would limit the private security team’s access to prudent information such as potential threats.

According to a statement published by Harper’s Bazaar , Harry wants to bring his family back to his home country. “ The UK will always be Prince Harry’s home and a country he wants his wife and children to be safe in,” a statement from the Duke of Sussex’s legal spokesperson said. “With the lack of police protection comes too great a personal risk.”

Harry’s representative went on to say, “The Duke and Duchess of Sussex personally fund a private security team for their family, yet that security cannot replicate the necessary police protection needed whilst in the UK. In the absence of such protection, Prince Harry and his family are unable to return to his home.” Basically, because of the U.K. Home Office’s decision, any security Prince Harry would privately hire to travel with him and his family from the states to England (as opposed to U.K. taxpayer funded security) would not be fully informed about any potential threats wherever the family would go. And that’s a risk Harry is not willing to take.

Since making their decision to take a step back as senior members of the royal family, Harry and Meghan have been scrutinized more than ever . It’s nothing wholly unfamiliar for Harry, as his legal spokesperson noted in the statement, “Prince Harry inherited a security risk at birth, for life.” But as a husband and father, Harry has more to think about than protecting only himself, and he wants to be able to provide the best security possible so his family — on both sides of the pond — can finally reconnect. “While his role within the institution has changed, his profile as a member of the Royal Family has not,” Harry’s spokesperson said. “Nor has the threat to him and his family.” 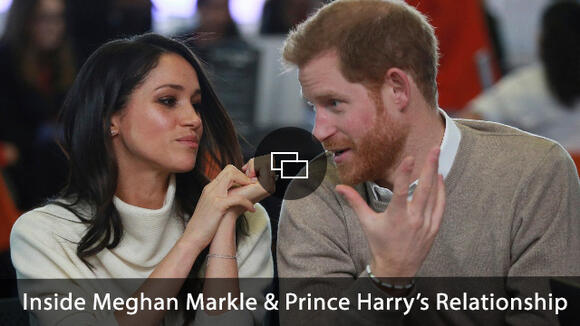 Harry and kids would be perfectly safe with Charles since he has the protection of the met police. Meghan woukd not be hsppy with that,of course. She's not happy with anything she csn't control. Y'know, Harry has mental issues as it is, Meghan with her own mental problems, being delusional thinking she is more important than she is, is making it worse for him with her demands. I wish he had met a woman who was not so controlling as Meghan.

poor poor magnut. will she ever be happy. Her and Harry have no business talking about mental health. When they are both mental case's .

Magnut won't let the kids go to the UK because the Queen has some grounds that she has rights over all her grandchildren. over Williams and Kate children also . this is just more of magnut getting her face in the media.

According to Tina Brown's new book, "The Palace Papers," Prince William was aware of his status as future king from a young age.
CELEBRITIES・26 DAYS AGO
Fox News

Prince Harry and his wife Meghan Markle "were really stunned" after the royal family "shut the door" following their decision to step back from "The Firm." The claim was made by a former adviser to former Vanity Fair editor Tina Brown, who has written a new book about the British royal family coming out on April 26 titled "The Palace Papers: Inside the House of Windsor – the Truth and the Turmoil."
CELEBRITIES・27 DAYS AGO
epicstream.com

Prince Harry has always spoken highly of his late mother, Princess Diana. In fact, he recently revealed that he still feels the Princess of Wales’ presence at home and when he’s sharing stories about her late mother with his two children. “It's constant. It has been over the...
WORLD・26 DAYS AGO
SheKnows

Click here to read the full article. The internet is always a curious place and social media is often where rumors get started. On Tuesday, MSN published a now-deleted article about Kate Middleton and Prince William that seemed a little far-fetched. They claimed the royal couple had separated and the Duchess of Cambridge moved out with their three kids. We just saw the duo in Glasgow, Scotland together last week, making an appearance at a primary school — and it was a successful visit — so it seems rather strange that an outlet would report such a story. What is continuing...
ACCIDENTS・4 DAYS AGO

Click here to read the full article. When you become a parent, you automatically start thinking about your kids’ safety. From putting them to sleep on their back to making sure their car seats are correctly installed (then teaching them about fire safety and stranger danger when they get older), protecting kids is a full-time job. And even though Prince Harry and Duchess of Sussex Meghan Markle’s kids are young, the royal parents are working hard to make sure the online world is safe for Archie, 3, and Lilibet, 11 months, and the next generation of kids. On May 16, the...
RELATIONSHIPS・5 DAYS AGO
Hello Magazine

Princess Eugenie has taken to her Instagram Stories to make an exciting announcement related to The Anti-Slavery Collective, which she co-founded with her best friend Julia de Boinville back in 2017. Resharing a message from the charity organisation, the mother-of-one revealed she was posting "news from my charity". WATCH: Princess...
CELEBRITIES・26 DAYS AGO
Hello Magazine

Gwyneth Paltrow is a doting mom to two teenage children, Apple and Moses, who she shares with ex-husband Chris Martin. The family are notoriously private, but over the weekend the award-winning actress gave a rare insight into their upcoming plans - and how they are changing things up this year for Mother's Day.
FAMILY RELATIONSHIPS・26 DAYS AGO
PopCrush

Last month it was revealed that Sharon Osbourne would be returning to television, partnered with Piers Morgan on a new U.K. series named The Talk. This comes nearly a year after Osbourne was suspended and eventually exited the U.S. talk show The Talk after expressing her support for Morgan in an intense discussion over race with co-host Sheryl Underwood. Now, in a new interview with the U.K.'s Sunday Times, Osbourne reveals how cancel culture impacted her as she eventually parted ways with her longtime daytime talk series amidst public backlash.
CELEBRITIES・27 DAYS AGO

A woman has revealed several “red flags” that she found in the apartment of the man she’s dating, which included two books about pregnancy and a woman’s ring.In a recent video shared to TikTok, Devin, @discoveringdevin, filmed herself sitting on a bed and putting her thumb down, as the text reads: “Red flags in his apartment.”She then began by showing four Apple MacBooks, all placed on top of each other, on a desk. “Four laptops…what are you hiding?” Devin wrote in the text over the clip.Next, she documented what appeared to be a “girl’s ring” on a white shelf....
RELATIONSHIP ADVICE・27 DAYS AGO
PopCrush

90 Day Fiancé: Before the 90 Days star Johnny Chao is showing off a new look on social media. The reality TV star rocked a fresh-faced look on the show. However, Chao debuted some new facial hair in his most recent post on Instagram. More specifically, he grew a beard and mustache.
TV & VIDEOS・26 DAYS AGO
SheKnows

Prince Charles Will Have To 'Prove' His Capabilities As King, One Royal Expert Claims

Click here to read the full article. If you purchase an independently reviewed product or service through a link on our website, SheKnows may receive an affiliate commission. In the last several months alone, we’ve seen members of the British royal family step in and step up to serve the monarchy in Queen Elizabeth II’s stead amid her recent health fluctuations. Of all the members of the House of Windsor, eyes have been primarily fixed on Prince Charles, who will one day ascend the throne. While the future King of England has had his whole life to prepare for the role,...
U.K.・4 DAYS AGO
SheKnows

Click here to read the full article. If you purchase an independently reviewed product or service through a link on our website, SheKnows may receive an affiliate commission. When The Flight Attendant premiered in November 2020, it quickly became one of the most talked about series on HBO Max. The show follows Kaley Cuoco as Cassie Bowden, a flight attendant who struggles with alcoholism and some fairly self-destructive tendencies. Based on the novel by Chris Bohjalian, the first batch of episodes saw Cassie fall into a murder mystery after spending a night in a hotel with a man on her flight —...
TV SERIES・5 DAYS AGO