Arsenal are optimistic their Carabao Cup semi-final second leg against Liverpool will go ahead as planned on Thursday night.

The Gunners successfully appealed to the Premier League to have Sunday’s north London derby away to Tottenham called off in the absence of a number of players. 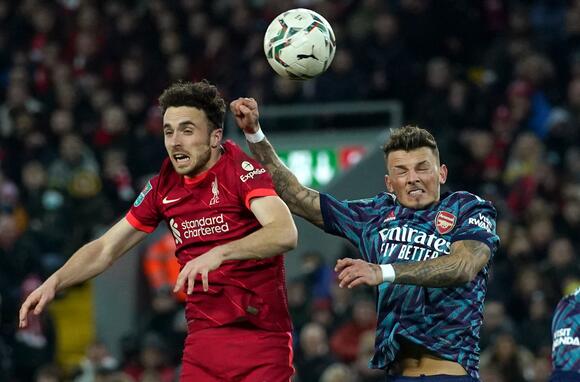 However, the PA news agency understands there have been no additional Covid-19 cases in the past two days and a couple of players are now likely to be fit following short-term injury problems.

The rules for the Carabao Cup, governed by the EFL rather than the Premier League, also offer a wider scope to those players who are deemed to be available for the competition.

The first leg finished goalless at Anfield last week, with Granit Xhaka sent off in the first-half for the visitors.

The match at the Emirates Stadium should have been the first of the two-legged semi-final but it was rearranged after a number of positive coronavirus cases for the Reds.

Chelsea await the winners of Thursday’s tie in the final, scheduled to take place at Wembley on February 27.

Everton striker Dominic Calvert-Lewin has revealed he “endured some of the most difficult times” of his career and life this season and said “talking saved my life”.The England international struggled with injuries in the 2021-22 campaign and his club narrowly avoided Premier League relegation.He shared the news on social media, urging young people not to suppress emotions. View this post on Instagram A post shared by Dominic Calvert-Lewin (@domcalvertlewin)“On a personal note I have had to dig deep within myself at times...
PREMIER LEAGUE・4 HOURS AGO
The Independent