Amid fears over interest rate hikes, many top growth stocks are down 20%, 40%, or even 60% or more from their all-time highs in a relatively short amount of time. Higher inflation and interest rates could hurt the present value of future earnings, causing many high-multiple stocks to sell off.

To be fair, after stratospheric runs through the pandemic, a lot of top growth names had gotten ahead of themselves, so the declines have seemed reasonable. However, some best-in-class growth stocks have now been thoroughly discounted. If the pain continues, these top names would become absolute bargains for the forward-thinking investor. 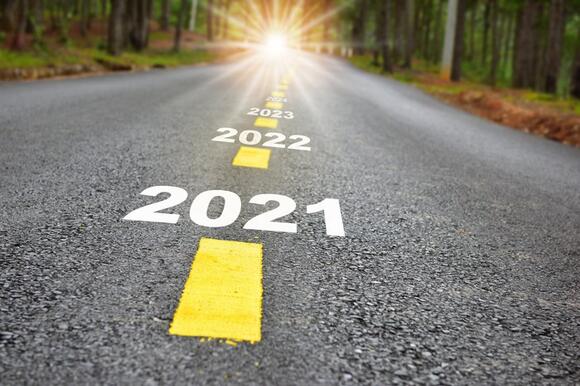 Shares of Southeast Asian mobile gaming, e-commerce, and digital finance company Sea Limited (NYSE: SE) have been more than cut in half in just two months. Sure, the company reported slowing sequential growth in its profitable digital entertainment segment last quarter, which is heavily influenced by the four-year-old gaming hit Free Fire . However, it was somewhat inevitable that mobile-gaming growth might soften, as the third quarter marked the first summer since vaccines were widely available.

Yes, Chinese internet giant Tencent did just sell some of its Sea Limited stake, which could shake others' confidence in the company. But Tencent really just sold off a small portion of its holdings, decreasing its economic interest in Sea from 21.3% to 18.7%. That's just a 12% trimming of its position. In addition, Tencent is converting super-voting shares to regular shares, so its voting power will go under 10%.

The move might actually be due to the fact that Sea is rapidly expanding around the world, entering the huge markets of India and Europe last year. Likely, customers and authorities in those countries wouldn't want a company overly influenced by China to be too successful or retain too much consumer data. So the divestiture and reduction in Tencent's voting share could have been necessary for Sea to succeed in its next wave of growth.

After Sea's rapid correction, its stock trades for just eight times revenue. And while the company is burning through cash, it still has about $7 billion in net cash on its balance sheet, and it grew revenue by more than 120% last quarter. It's hard to say when these types of stocks will bottom, but Sea is still executing quite well, and its growth path is long.

Although it's already 40% off its highs, CrowdStrike Holdings (NASDAQ: CRWD) still trades at an expensive-looking 34 times sales, so it could very well sell off further.

But it also might not. CrowdStrike is a best-in-class cloud security company that can justify its high valuation. Not only is its patented Falcon agent and Threat Graph architecture taking market share from legacy cyber players, but the overall cybersecurity market itself also should grow at double-digit rates for the next decade, especially in the cloud, where CrowdStrike excels.

The company grew annualized recurring revenue by 67% last quarter, and added customers at an even higher 75% clip, with a net retention rate of 125%. But it isn't resting on those laurels, as it's still investing heavily, both internally and through acquisitions, to expand its offerings from endpoint security to an entire comprehensive cybersecurity platform.

The company sees its total addressable market growing to $55 billion next year, up from $25 billion at its initial public offering, and growing to a potential $116 billion by 2025 as enterprises are forced to invest more in cloud-based security amid rising threats.

What I like most about CrowdStrike is the network effect of its platform, which uses a combination of artificial intelligence and centralization that enables its Threat Graph to become smarter the more clients it gets. With that compounding advantage and huge growth opportunity, the stock is a definite buy target amid any further sell-off.

Brazilian payments company StoneCo (NASDAQ: STNE) is down nearly 80% over the past year and carries a market cap of just $5 billion today, so it might be hard to see how it falls further. But of course, anything is possible.

StoneCo's stock has been decimated amid high inflation and surging interest rates in Brazil. While its payment processing business shouldn't be too affected, since it takes a fixed percentage of every transaction that goes through its merchant customers, other elements of its business have been negatively affected.

Mainly, StoneCo had been ramping up its merchant lending in the third quarter just as interest rates have spiked, which could be a problem. Brazil's economic picture has deteriorated somewhat, which is not exactly the type of environment in which you want to make more loans. In addition, StoneCo has to borrow on its own lines of credit to fund the loans, but it has been reluctant to raise rates on customers as rapidly as its own interest costs have gone up. So margins in its credit business have come down.

At the same time, StoneCo is also doubling down on certain growth initiatives. Management wants the company to branch out from its core high-margin payments processing business to become a comprehensive digital open-banking solution across enterprise resource planning, order management software, insurance, and other digital banking products.

These growth initiatives could make StoneCo a much bigger business in the long run, but it's requiring investment now. So the company's high 30.8% adjusted net income margin in the third quarter of 2020 plummeted to just a 9% net profit margin last quarter, with adjusted net profits falling 53.9% over the prior year.

While that drop looks scary, revenue did also surge 57.3% as management refocuses on growth over profits right now, coming out of the pandemic. If its initiatives work out, and if Brazil's economy doesn't deteriorate too much, margins should rise again and the stock could bounce back in a big way. So investors should definitely look to this high-risk, high-reward growth stock amid any further sell-off.

They just revealed what they believe are the ten best stocks for investors to buy right now... and Sea Limited wasn't one of them! That's right -- they think these 10 stocks are even better buys.

Although the financial markets attempted a bounce back on Tuesday, they are largely in the midst of an extended sell-off that has punished some of the biggest names in stocks. The Dow Jones Industrial Average's seven-week slump is its longest since 2001, while the S&P 500's six-week losing streak is its longest since June 2011, CNBC reports.
STOCKS・3 DAYS AGO
The Motley Fool

Known more for its income, this company has lots of room to continue expanding.
STOCKS・1 DAY AGO
Markets Insider

This tech stock is sitting on a tremendous secular growth opportunity.
STOCKS・2 DAYS AGO
The Motley Fool

These stocks have a history of rising dividends in a variety of conditions.
STOCKS・1 DAY AGO
TheStreet

Musk and Bezos Agree on Who Is Responsible for Inflation

It's rare to see Elon Musk and Jeff Bezos agree on things. The former is the richest man in the world with an estimated fortune of $213 billion as of May 16, according to Bloomberg Billionaire Index. The second is the second richest man on the planet. His fortune is...
BUSINESS・3 DAYS AGO
The Motley Fool

Are investors overreacting to Netflix's latest underperformance?
STOCKS・2 DAYS AGO
The Motley Fool

The impact of rising costs took investors by surprise this week.
STOCKS・8 HOURS AGO
The Motley Fool

Secular changes in technology and culture favor some names at the expense of others.
STOCKS・13 HOURS AGO
The Motley Fool

The discount retailer provided its first-quarter earnings and an update for the year, and Wall Street didn't like what it saw.
STOCKS・9 HOURS AGO
The Motley Fool

There's no need to panic for one big reason.
REAL ESTATE・2 DAYS AGO