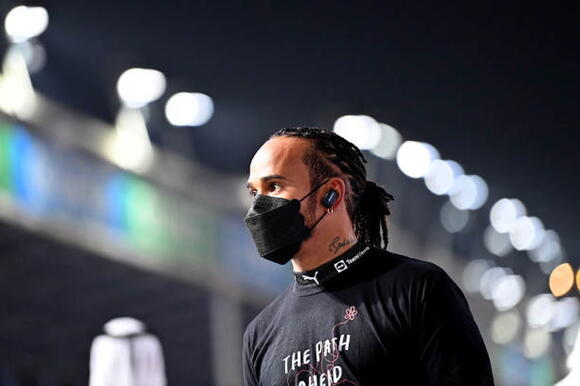 The Formula 1 off season rumbles on with the aftermath of Abu Dhabi still an intense topic in F1 circles, not to mention the link between that and Lewis Hamilton’s future. The seven-time world champion appears to be switching off after the bitter ending to the 2021 season as Max Verstappen stole a maiden world title following a thrilling final lap.

But there is also much to debate and discuss surrounding both new rules for the upcoming season, as well as uncertainty surrounding who will line up on the grid.

Another trend is how Mercedes, Toto Wolff and the FIA mend their relationship ahead of next season, with Michael Masi’s decisions and performance a source of pain for the Silver Arrows.

All will be revealed in two months when the FIA’s inquiry becomes public on the eve of the opening weekend of the 2022 season.

With George Russell in theory joining Hamilton at Mercedes next season, there will be a shuffle elsewhere, with Sergio Perez not certain to return to Red Bull. Carlos Sainz at Ferrari, Fernando Alonso at Alpine, Pierre Gasly and Yuki Tsunoda at AlphaTauri, Sebastian Vettel at Aston Martin, Nicholas Latifi at Williams, Alex Albon at Williams, Guanyu Zhou at Alfa Romeo and Mick Schumacher at Haas will all need to secure new contracts too. Follow all the latest F1 news below:

F1: What time is Spanish Grand Prix today and how can I watch?

Formula 1 is back for the sixth round of the 2022 season with the Spanish Grand Prix.Last year’s winner Lewis Hamilton has endured a testing season with Mercedes lagging behind Ferrari and Red Bull.Hamilton and George Russell will hope the W13 has been upgraded to produce in Barcelona. Meanwhile, Charles Leclerc and Max Verstappen continue to battle it out at the top of the drivers’ standings.Here’s everything you need to know ahead of the race.When is the Miami Grand Prix?The Spanish Grand Prix at Circuit de Barcelona-Catalunya is due to begin at 2pm BST on Sunday 22 May.How can...
MOTORSPORTS・1 HOUR AGO
The Independent

Charles Leclerc bounced back from a spin to put his Ferrari on pole position for the Spanish Grand Prix.Championship leader Leclerc lost control of his Ferrari through the chicane on his first attempt in Q3 at a sweltering Circuit de Catalunya on the outskirts of Barcelona to leave him sweating.But the Monegasque kept his cool with his last effort to deliver an impressive lap under pressure and beat rival Max Verstappen by three-tenths of a second.Verstappen, who trails Leclerc by 19 points, complained he had no power on his last attempt. Carlos Sainz finished third in the other Ferrari, with...
MOTORSPORTS・1 HOUR AGO
The Independent

Tony Brooks: Formula One legend who just missed out on the top prize

Very much the quiet and understated hero of British motorsport during one of its most dangerous and deadliest eras, Tony Brooks, who has died aged 90, was the first British racing driver to win a Grand Prix in a British car for 32 years and the very last of those Formula One winners who competed during the 1950s. Fascinated by speed and fired by an underlying and hugely competitive nature, Brooks not only helped break the Italian domination of the sport but in tandem with fellow driver Stirling Moss, helped usher in a homegrown revival in Formula One racing....
MOTORSPORTS・11 HOURS AGO
The Independent

Pep Guardiola has joked Manchester United fans should wear Manchester City shirts as his side look to hold off Liverpool and retain the Premier League title.This season has been a tough watch for United supporters, with frustration at their own side’s inconsistency exacerbated by the fact their two most bitter rivals have been duelling for the title.When it comes to choosing between the lesser of two evils, however, it would appear a majority of United fans would rather that – albeit through gritted teeth – City pipped the Merseysiders.A Liverpool triumph would see the Anfield club equal United’s record of...
PREMIER LEAGUE・13 HOURS AGO