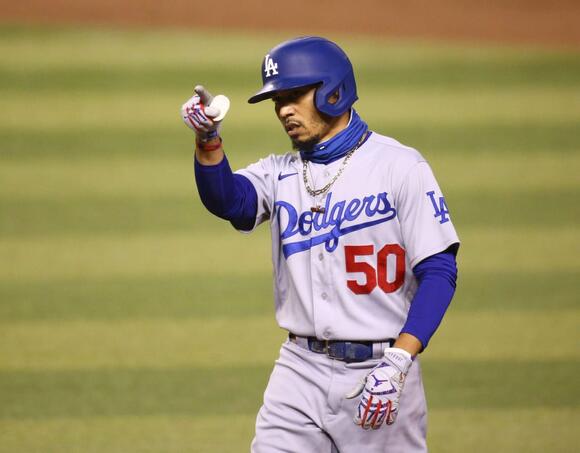 It's difficult enough to perfect your craft and become one of the best all-around players in a sport, but Mookie Betts appears to be an athlete who does much more than baseball.

The 2018 AL MVP and two-time World Series champion has taken his dominance to other sports as well. Whether it's bowling a 300 or running a great route in football. The question isn't what can he do but, but what can’t he do?

Betts will be adding another skill to his repertoire. His Propagate media company has agreed to a contract with One Media/Marketing Group. Mookie will serve as one of the producers on scripted and un-scripted films. In addition to films, the two business partners will also be producing TV and podcasts. Some of which are already under production.

“I am excited about the opportunity to partner with Propagate to not only create fresh, uplifting and inspiring content but to also give opportunities to other aspiring creatives.”

“Mookie Betts is a man of many talents - an All-Star baseball player who’s been part of multiple World Series Championship teams, a professional 10-pin bowler, and now a content producer. We are thrilled to partner with Mookie and the OMG team and can’t wait to get started on the projects we have in development.”

Now Mookie Betts can display yet another talent beyond baseball.

Clayton Kershaw has a setback in his road to recovery.
LOS ANGELES, CA・1 DAY AGO
Inside The Dodgers

The Dodgers are going to be rolling out relievers left and right for Saturday's game in Philadelphia.
PHILADELPHIA, PA・12 HOURS AGO
Inside The Dodgers

Hanser Alberto took the mound during the Dodgers blowout win of the Arizona Diamondbacks.
LOS ANGELES, CA・1 DAY AGO
Inside The Dodgers