The Idaho Press covers the Treasure Valley and includes Kuna, Meridian, and Boise. 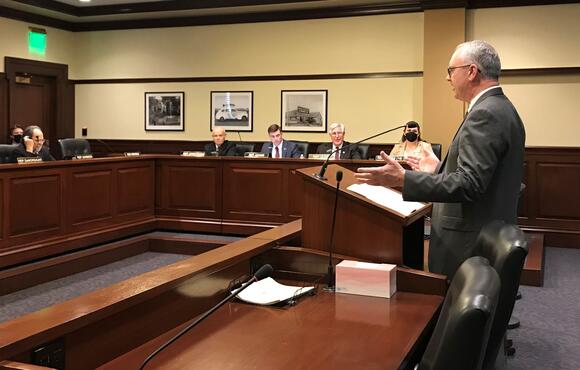 “It’s a business decision — it should be up to business,” Palmer, a Republican, said after presenting his bill to the House Business Committee.

He acknowledged that some Idaho cities, including Boise, already have such local ordinances on the books; his bill would wipe them off and forbid them in the future. “We want everybody to be the same across the whole state,” Palmer said.

In December of 2019, the city of Boise passed an ordinance capping rental application fees at $30, and also imposing other restrictions, including allowing such fees only for a unit that will be available to rent in “a reasonable time period.” City Council members said the aim was to assist low-income residents in Boise’s increasingly competitive and expensive housing market.

The House committee voted unanimously to introduce Palmer’s bill, clearing the way for a full hearing, but afterward, Rep. Brooke Green, D-Boise, said, “It’s in poor taste. It’s a terrible time to bring something up such as this, when our communities are hurting really bad regarding housing and affordability.”

She said she looked forward to hearing public testimony on the proposal. “I welcome the conversation we’re going to have in this committee regarding this issue,” Green said.

Rep. Steve Berch, D-Boise, said he believes that under the bill, a rental company would be free to charge a non-refundable $300 application fee for an apartment it’s actually already rented, and not tell the prospective tenant that up-front.

“That’s pure legalized robbery,” Berch said. “This bill would allow that. … This is a bill that only an unscrupulous landlord could love.”

Kathy Griesmyer, government affairs director for the city of Boise, said, “For us, it’s disappointing that at a time when the affordable housing crisis is spreading across the state in both rural and urban communities, that the Legislature would take away one of the few tools that local governments have to respond to community needs to address the housing crisis.” She added that there have been no issues with or complaints about Boise’s ordinance since it went on the books in 2019.

“So this really is a solution in search of a problem that just flies in the face of what local residents are asking for,” she said.

Palmer told the committee that the state law forbidding local rent control has been on the books for roughly 30 years. “In the current statute we have, it doesn’t have anything about fees and deposits,” he said. “All this is to me is a cleanup bill. We’re going through and adding that into it.”

Also last year, HB 152 passed both houses and was signed into law to require security deposits for rentals managed by a third-party manager be held in a separate account at a federally insured financial institute; that bipartisan bill, co-sponsored by Reps. John Gannon, D-Boise, and Caroline Nilsson Troy, R-Genesee, took effect July 1. That measure involved only state-level regulation, not local.

The Idaho Press covers the Treasure Valley and includes Kuna, Meridian, and Boise.