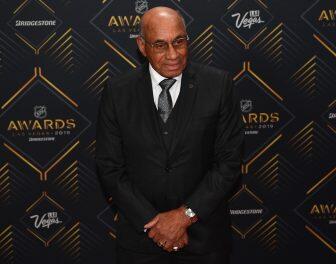 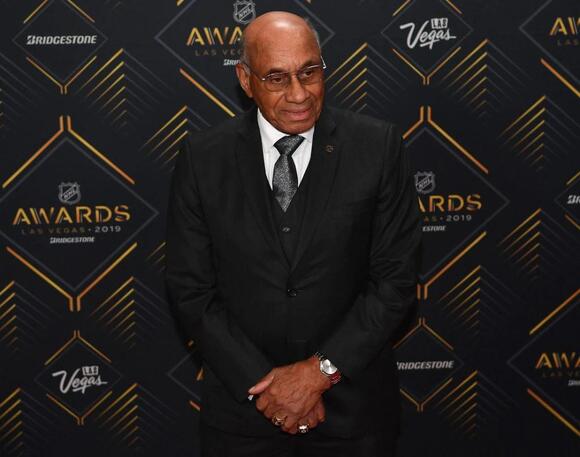 When Boston hosts the Carolina Hurricanes on Tuesday night, the Bruins will retire the No. 22 of Hall of Fame wing Willie O’Ree — 64 years to the day since he broke the NHL’s color barrier.

The Bruins originally had planned to retire his number last season, but with the pandemic limiting attendance, the date was pushed back to commemorate the date of his entry to the NHL. O’Ree was inducted into the Hockey Hall of Fame in the “builder” category in 2018.

The streaking Bruins will look to continue their winning ways as they host the Hurricanes, who are looking to start a winning streak of their own.

Boston is playing its best hockey of the season after Taylor Hall’s goal 1:41 into overtime Saturday gave the Bruins a 4-3 victory over Western Conference powerhouse Nashville.

Hall’s tally gave the Bruins a season-best fifth consecutive victory and their eighth triumph in nine games since emerging from the league’s coronavirus pause.

Brad Marchand scored his team-leading 20th goal and had an assist, Craig Smith and Mike Reilly also scored and Linus Ullmark stopped 26 of 29 shots in the Boston victory.

It was a different environment on the ice for the Bruins, who were outhit 46-45 in a physical battle with the Predators.

“A lot of guys on our team are starting to feel comfortable, myself included, playing that type of game,” Hall said.

The Hurricanes won for the sixth time in eight games Saturday when Vincent Trocheck had a goal and an assist in a 4-1 home win over the Vancouver Canucks.

The win broke up a two-game losing streak — which included a 6-0 rout by the Columbus Blue Jackets on Thursday.

“You don’t want to have another (game like that),” Carolina coach Rod Brind’Amour said of the loss to Columbus. “There weren’t any lulls in how we played (on Saturday) and that’s what we needed. That’s how we need to play.”

Martin Necas recorded his 100th NHL point by recording a goal and an assist against Vancouver. Sebastian Aho and Steven Lorentz also scored and goalie Frederik Andersen recorded 30 saves in the win.

“It was a great start by our guys,” said Andrei Svechnikov, who logged two assists. “We just played a physical game. We moved the puck really well up and down the ice. We tried to beat them on the rush and that’s why I think we were successful today.”

The Hurricanes will be without Necas against the Bruins after the team placed him in the NHL’s COVID-19 protocol on Monday. The center is Carolina’s fifth-leading scorer with 21 points (eight goals, 13 assists) on the season.

Nothing gets the people going quite like the Stanley Cup Playoffs. Find out how to live stream every NHL Playoff game here.
NHL・16 HOURS AGO
Sportsnaut

Luka Doncic and the Dallas Mavericks are up against it in their Western Conference Finals series against the Golden State
DALLAS, TX・16 HOURS AGO
Sportsnaut

Marina Mabrey knocked down a huge 3-pointer late on a night when she scored 20 points, and she carried the
DALLAS, TX・11 HOURS AGO
Sportsnaut

The St. Louis Blues and Colorado Avalanche will have to work through major injury concerns as their second-round Western Conference
SAINT LOUIS, MO・2 DAYS AGO
Sportsnaut

The St. Louis Cardinals hope they have saved some runs for the opener of a two-game set with the Toronto
SAINT LOUIS, MO・2 DAYS AGO
Sportsnaut

It will be the Miami Heat’s chance to turn the tables in the Eastern Conference finals when they play host
BOSTON, MA・13 HOURS AGO
Sportsnaut

The 2022 Detroit Pistons draft includes the No. 5 overall pick in the first round. Fresh off another disappointing season,
DETROIT, MI・18 HOURS AGO
Sportsnaut

The Miami Heat had an absolutely disastrous performance against the Boston Celtics in Game 4 of their NBA Eastern Conference
BOSTON, MA・21 HOURS AGO
Sportsnaut

Surprising when they are expected to be bad? Eagles can do that. Last season was proof they know how to rebound quickly from a bad season. Going from an average team to a great one and meeting high expectations has been a problem for the Eagles.
PHILADELPHIA, PA・26 MINUTES AGO