Burnley have asked the Premier League to postpone Tuesday’s fixture against Watford due to coronavirus and injury issues.

The Premier League board is due to meet later on Monday to review the application, which comes after the Clarets’ fixture against Leicester on Saturday was called off at Burnley’s request.

A Burnley statement said: “Burnley Football Club can confirm it has made an application to the Premier League for the postponement of Tuesday night’s match at home to Watford.

“The decision was reluctantly made to submit the application due to a high number of injuries and Covid-19 cases within the squad.”

Saturday was the fourth time this season Burnley had a match called off due to cases of Covid-19, but the first time the request had come from the Turf Moor club.

Tuesday’s fixture had already been rearranged – it was originally due to be played on December 15 but was postponed due to positive cases within the Watford camp.

Burnley last played on January 8, when they were without seven players for the 2-1 FA Cup loss to Championship side Huddersfield, a match which was also missed by manager Sean Dyche and coach Steve Stone following positive tests.

Since then, the Clarets have lost Chris Wood in a surprise transfer to Newcastle – forced on Burnley due to a release clause in the New Zealand striker’s contract – while Ivory Coast international Maxwel Cornet is at the Africa Cup of Nations. 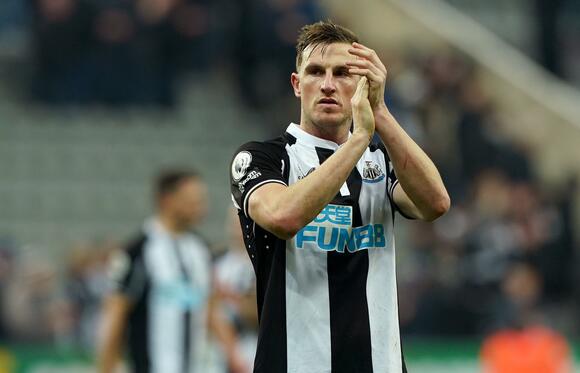 Dyche’s side have played only 17 Premier League games, the fewest of any team, and sit bottom of the table after Saturday’s results, three points shy of 17th-placed Watford.

In addition to the Watford match, Burnley’s fixtures against Everton and Aston Villa were postponed last month, while they must still reschedule November’s match against Tottenham, which was called off at short notice due to heavy snow.

Monday’s request comes at a time when several Premier League managers have again raised concerns over the criteria being applied when reviewing applications for postponement, with injuries and players on international duty seemingly being taken into consideration.

LIVERPOOL travel to Southampton tonight in their penultimate league game of an gripping season. Southampton sit four points behind Aston Villa in the table as it stands. With both sides having two games remaining in the season, Hassenhuttl still is confident on the chances of his team catching Steven Gerrard’s side.
SOUTHAMPTON, NY・29 MINUTES AGO
The Independent

Rebekah Vardy and her husband Jamie have left court early because “Mrs Vardy isn’t feeling very well”, her lawyer has said. The Vardys did not return to the courtroom after a mid-afternoon break. Both sides’ lawyers are currently quizzing expert IT witnesses about how evidence in the trial, particularly Whatsapps between Ms Vardy and her agent, was recovered. Earlier today, Wayne Rooney said he asked teammate Jamie Vardy to get his wife to “calm down” during Euro 2016 at the request of the England manager.Mr Rooney said that then-national team boss Roy Hodgson and assistant Gary Neville wanted him...
CELEBRITIES・2 HOURS AGO
The Independent

The witness box of Court 13 is far from the only box into which Wayne Rooney has made a well-timed late arrival, and the results were typically devastating. Manchester United and England’s record goalscorer was the penultimate witness in his wife’s defence, and though we can’t know yet, it’s quite possible he’s decided the game.In the latter stages of their careers, once-rampaging attackers like Rooney have to learn to play a little bit smarter. Their all-action days are over. They can’t always track back. Instead they must conserve their energy, wait for the moment, and then, wallop! They pounce.Which is...
1 HOUR AGO
The Independent

Manchester City legend Georgia Stanway has joined Bayern Munich, it has been confirmed.Stanway, who has 31 caps for England, made her senior debut for the club at 16 and has gone onto become the club’s top scorer. The midfielder has slotted 57 goals in 165 appearances but she will now step away from the Women’s Super League club.“I joined Manchester City with a dream of becoming a professional footballer,” she said. “I have been grateful to call it my home for the past seven years.“Today, I leave as the club’s leading scorer, with over 150 appearances and seven domestic trophies....
SOCCER・4 HOURS AGO

Henry Arundell’s attacking instincts have drawn a comparison with Australia great Matt Giteau after Eddie Jones picked the London Irish flyer for the first time.Arundell has been fast-tracked into England’s 36-man training squad that will gather in London for three days from Sunday to make initial preparations for the 19 June appointment with the Barbarians.The 19-year-old has impressed through his devastating running from full-back that has produced length-of-the-field tries for Irish and England Under-20 in what is his debut season.Twelve appearances for the Exiles, only five of them starts, have offered enough evidence for Jones to place him in contention...
RUGBY・4 HOURS AGO