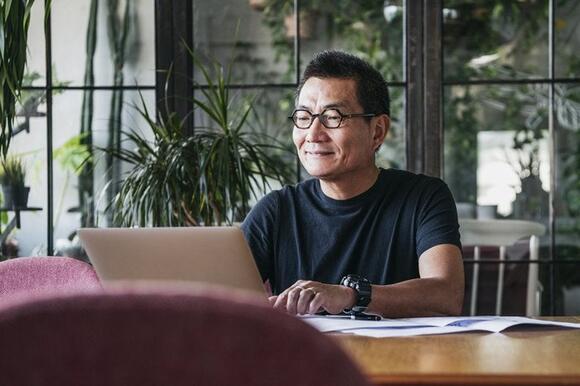 Bitcoin (BTC) had a rough start to the year. Its price has fallen over 35% since its November high, according to CoinMarketCap data. On Jan.10, it dropped below $40,000 -- the lowest it's been since September. It has gained a little ground since then, but is struggling to break out.

Many crypto investors are wondering whether we're close to the bottom, and if we are, whether the king of cryptos might be about to surge. To answer that, we need to consider why Bitcoin fell in the first place and what factors could cause it to rise again.

Why did Bitcoin fall?

This isn't the first time we've seen dramatic dips in Bitcoin prices, and it won't be the last. Cryptocurrency is an extremely volatile and unpredictable investment, and these dips are part and parcel of cryptocurrency investing. But there are some specific triggers for Bitcoin's recent slide.

Inflation is at a 39-year high of 7%, meaning consumers face increased costs for things like food, gas, and housing. The Federal Reserve is taking steps to curb inflation, including probable interest rate hikes beginning in March. This has a big impact on high-risk investments like Bitcoin as people start to move their cash into safer asset classes.

The economic worries caused by the emergence of the omicron variant marked the start of Bitcoin's recent woes. As COVID cases rose at the end of last year, economic fears grew and pushed the price of Bitcoin down. Some also argue the leading crypto -- which had reached an all-time high on Nov. 10 -- was due for a correction.

Following China's crypto ban , a number of Bitcoin miners moved their operations to Kazakhstan. By July, the country had become responsible for about 18% of Bitcoin mining worldwide, according to the Cambridge Centre for Alternative Finance. However, Kazakhstan currently faces widespread protests over fuel prices and other issues. This caused the government to cut the internet across the country, and Bitcoin miners can't operate without an internet connection.

What next for Bitcoin?

There are always financial experts ready to sound the death knell for cryptocurrencies , just as others proclaim we're on the verge of a lift off to new highs. But these extreme views don't tell the whole story. Some factors could help Bitcoin surge, while others could pull it down further.

Out of the triggers above, only Kazakhstan's mining issues are really behind us -- and even then, the country's unrest continues. Omicron is here. It will probably have a smaller economic impact than previous COVID waves, but we don't yet know how it will play out. And inflation and anti-inflationary measures will be with us for the foreseeable future. That makes it unlikely Bitcoin will surge in the coming weeks. There's also the prospect of increased regulation, but that's been on the horizon for a number of months now.

That said, it's also true previous lows have preceded new highs . In 2021, Bitcoin lost almost half its value over the summer before climbing to a new all-time high in November.

Unfortunately, that was a very different market. The outlook for many asset classes in 2022 is a lot flatter than last year. Low interest rates, stimulus checks , and various economic easing measures meant there was a lot of money around in 2021. And, in spite of worries about the pandemic, people were willing to take a chance on a riskier asset class.

If you're considering buying the dip, bear in mind that Bitcoin's price could still fall further. Make sure you understand the risks involved and only invest money you can afford to lose. That way if the worst happens and the bottom falls out of the market, it will be frustrating but you won't face financial ruin.

Bitcoin could take time to regain its highs

Cryptocurrency investments are different from the stock market. When you invest in a stock, you're buying a small part of a business. You can evaluate that business's value based on its earnings reports, balance sheets, and potential to generate profits. Cryptocurrencies don't have the same backing -- you aren't buying a part of a company, you're buying a token or coin. That's why sentiment is so important: Ultimately, Bitcoin is only worth as much as people are willing to pay for it. It's also one of the reasons Bitcoin is volatile, since market confidence can rise and fall quickly.

Some argue Bitcoin is a form of digital gold -- a store of value that will hold its value for the long term. This argument is bolstered by the fact that only 21 million Bitcoins will ever be produced. Unlike traditional currencies like the U.S. dollar, the supply of Bitcoin is fixed. That could -- in theory -- mean its price will increase over time.

That's not the only reason people buy Bitcoin. Some believe it is the future of money, or at least the future currency of the internet. Bitcoin made huge strides in terms of adoption last year, which gives credence to this idea. Not only do more individuals hold Bitcoin, but it's also accepted by more merchants, and it's attracted institutional support, too.

The world has woken up to Bitcoin in the last few years. It's still a risky investment, but in time, with the right headwinds, there's a good chance it can eventually regain and supersede its 2021 highs.

Silk Road founder Ross Ulbricht is forfeiting billions of dollars worth of Bitcoin (BTC) and other crypto assets to the US government. According to a new court filing, Ulbricht will relinquish any claim to over 69,000 BTC and undisclosed amounts of Bitcoin Gold (BTG), Bitcoin SV (BSV) and Bitcoin Cash (BCH) worth a combined $3 billion as part of a settlement.
PUBLIC SAFETY・22 DAYS AGO
The Motley Fool

Unsurprisingly, both are stablecoins.
STOCKS・16 HOURS AGO
The Motley Fool

Shiba Inu Is Down 85%, But Here's How It Could Recover

There's one simple way to boost the price of Shiba Inu tokens.
STOCKS・2 DAYS AGO

Now might be an optimal time to buy this e-commerce stock.
STOCKS・2 DAYS AGO
The US Sun

MILLIONS of Americans are set to receive Social Security checks worth up to $1,657 tomorrow. The cash boost will come just 48 hours before Supplemental Security Income payments, worth up to $841, are set to land in around eight million bank accounts on April 29. Seniors with birthdays on the...
BUSINESS・21 DAYS AGO
The Motley Fool

These exceptional companies are on sale and can remain in your portfolio forever.
STOCKS・2 DAYS AGO
electrek.co

As part of a lawsuit between shareholders and Elon Musk regarding his “funding secured” tweet, new text messages and emails between Musk and people involved have been released. The communications pretty much confirmed how most people saw the situation: Elon Musk took a meeting with the head of...
BUSINESS・22 DAYS AGO

"The West made the fatal mistake of becoming reliant on Russian energy supplies," Mikhail Khodorkovsky said. "The West has to pay for its mistakes."
ENERGY INDUSTRY・22 DAYS AGO
Markets Insider

Indonesia accounts for about half of the world's supply of palm oil — the world's most widely used vegetable oil.
INDUSTRY・22 DAYS AGO
ohmymag.co.uk

Blackout and crisis preparedness expert Herbert Saurugg has recently warned against the complete power grid blackout that could plunge entire Europe into darkness. He predicts a widespread blackout could be lurking in the not too distant future and such an event can cause extremely chaotic conditions worldwide. However, those who are prepared for an emergency can definitely bridge the difficult days well.
ENERGY INDUSTRY・22 DAYS AGO
The Motley Fool

Home price gains don't seem to be slowing down.
REAL ESTATE・1 DAY AGO
The Motley Fool

They're all available for bargain prices right now.
STOCKS・1 DAY AGO
Business Insider

"No one wants to see the outbreak of a third world war," Chinese Foreign Ministry spokesman Wang Wenbin told reporters during a briefing.
CHINA・21 DAYS AGO
Business Insider

Here's one stock that continues to perform even as many stocks in the broader market sell off.
STOCKS・2 DAYS AGO
The Motley Fool

These fallen growth stocks could rebound sharply once the dust settles.
STOCKS・2 DAYS AGO
Inc.com

One of the most promising cryptocurrencies has cratered.
STOCKS・15 HOURS AGO
The Motley Fool

1 Under-the-Radar Growth Stock to Buy in May

Growth stocks may not be en vogue right now, but that's just fine for patient investors with long investing horizons.
STOCKS・2 DAYS AGO