I kick off every new trading week by singling out three stocks that I think investors should avoid. Whether it's upcoming earnings, unsustainable optimism, or some other potential sell-off catalyst, I see them as vulnerable investments for the week ahead. My three stocks to avoid last week were on the move -- as Delta Airlines (NYSE: DAL) , Lucid Motors (NASDAQ: LCID) , and SeaWorld Entertainment (NYSE: SEAS) were down 3%, up 1%, and down 7%, respectively -- averaging out to a 3% decline.

The S&P 500 slipped 0.3% for the week, so I won last week.  My bearish picks have now fallen by more than the general market in 12 of the past 13 weeks. This week, I see Netflix (NASDAQ: NFLX) , Lucid Motors (NASDAQ: LCID) , and United Airlines (NYSE: UAL) , as stocks that you may want to consider steering clear from. Let's go over my reasons for the near-term pessimism. 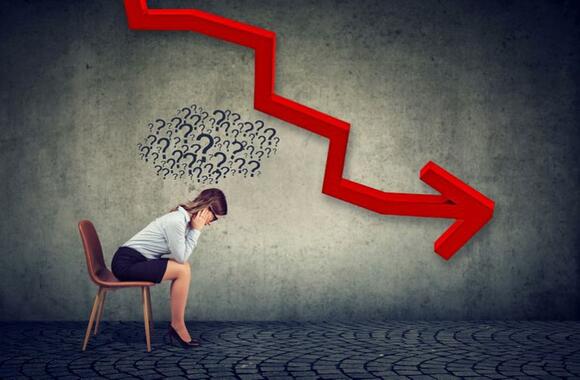 I have sometimes picked stocks that I own, and this time I'm going with my largest single investment. Last week ended on a strong note, with Netflix shares rallying late on Friday after there were signs of a price increase for U.S. subscribers . Investors have reacted favorably to price upticks in the past.

Netflix reports its first-quarter results shortly after Thursday's market close. Netflix used to be automatic with its quarterly updates, but it has fallen short a couple of times over the past two years. Did it push out a price increase days before a financial update because it may not be a very good quarterly report? The stock may very well initially inch higher on Tuesday, when the abridged trading week begins on momentum from the price increase, but it wouldn't be a surprise if the typically great Netflix had a so-so quarter. Even with the Red Notice film and Squid Game series breaking viewership records on the platform, if subscriber growth was uninspiring, it may lead the market to wonder about the strategic decision to bump prices higher in this growingly competitive climate.

The one pick I made last week that climbed higher -- and one of just two picks to have moved higher over my past 24 stocks to avoid -- is Lucid Motors. There's no denying that the new automaker's Lucid Air is an impressive electric vehicle. You don't become MotorTrend 's Car of the Year as a debutante without doing a lot of things right. There will be growing pains, but when you have the industry's respect and critics raving about your powertrain technology, you have to like Lucid's long-term chances.

The problem with Lucid Motors is that it's now commanding a market cap of nearly $70 billion. It's going to take a lot of time to justify that mark-up for a start-up, especially since it has yet to even hit the growing pains that come with any new car manufacturer.

There were a couple of headlines pushing the stock higher last week, but what they pointed to don't seem sustainable. Plans to open a factory in Saudi Arabia in the next four years is too far away. Chatter about Apple (NASDAQ: AAPL) teaming up with Lucid to build its inevitable entry into the electric-vehicle market seems more like wishful thinking than a partnership probability. Apple tends to ride solo over calling shotgun.

The one analyst move that happened last week wasn't very encouraging. Charles Coldicott at Redburn initiated coverage of the stock with a neutral rating. Coldicott thinks the market for large sedans is mostly in China, a region that hasn't been kind to outside automakers in the past. His price target of $39 as a fair value estimate is lower than where the stock is now.

A couple of legacy air carriers are reporting earnings this week. I focused on Delta last week, and that airline stock moved 3% lower despite better-than-expected results. I can't imagine United will fare much better. With the omicron variant eating into domestic demand and starting to restrict some international travel, it's hard to get excited about the near-term outlook for the industry.

Analysts see United Airlines returning to profitability later this year, but that optimism is also starting to wane. Three months ago, Wall Street pros were modeling a profit of $2.90 a share at United for 2022. That goal has been whittled down to $1.54. With passengers having second thoughts about boarding planes given the new COVID-19 variant and some flights across several airlines getting nixed because they don't have enough healthy pilots and other crew members to fly, the challenges are real. The industry's recovery may take some time, and if a strong report wasn't enough to save Delta last week, it's not likely to help United when it reports on Thursday morning.

If you're looking for safe stocks , you aren't likely to find them in Netflix, Lucid Motors, and United Airlines this week.

10 stocks we like better than Netflix
When our award-winning analyst team has a stock tip, it can pay to listen. After all, the newsletter they have run for over a decade, Motley Fool Stock Advisor , has tripled the market.*

They just revealed what they believe are the ten best stocks for investors to buy right now... and Netflix wasn't one of them! That's right -- they think these 10 stocks are even better buys.

Berkshire Hathaway made several new stock purchases, but this one is particularly interesting.
STOCKS・2 DAYS AGO
ohmymag.co.uk

Blackout and crisis preparedness expert Herbert Saurugg has recently warned against the complete power grid blackout that could plunge entire Europe into darkness. He predicts a widespread blackout could be lurking in the not too distant future and such an event can cause extremely chaotic conditions worldwide. However, those who are prepared for an emergency can definitely bridge the difficult days well.
ENERGY INDUSTRY・26 DAYS AGO

The stock price has dropped 30% year to date.
STOCKS・1 DAY AGO
inputmag.com

Elon Musk, the world’s wealthiest man, who thinks tunnels are immune to natural disasters, is purchasing Twitter. The company confirmed on Monday afternoon that it had accepted the billionaire’s offer. “Twitter, Inc. today announced that it has entered into a definitive agreement to be acquired by an entity wholly owned by Elon Musk, for $54.20 per share in cash in a transaction valued at approximately $44 billion,” reads the official press release. “Upon completion of the transaction, Twitter will become a privately held company.”
BUSINESS・26 DAYS AGO
electrek.co

This healthcare stock looks like a bargain today.
STOCKS・14 HOURS AGO
The Motley Fool

You could make even more with several of the stocks continuing to soar this year.
STOCKS・15 HOURS AGO
Entrepreneur

The start of a new bull market in the technology sector is a matter of when, not if.
STOCKS・1 DAY AGO