How are Adtech Companies Preparing for a Cookieless World?

Cookies have been around for decades. In the mid-1990s, advertising cookies were created to collect data on users so that advertisers could place targeted ads on screens. These cookies did not focus on privacy, and they could track a consumers' data.

However, as the use of cookies slowly starts to fade, The Trade Desk (NASDAQ: TTD) and PubMatic (NASDAQ: PUBM) are ready to capitalize and thrive in this new environment. Both companies have used cookies in the past, but the innovative steps they have taken recently to adjust to this inevitable change could allow them to rise over their competitors. Here's why. 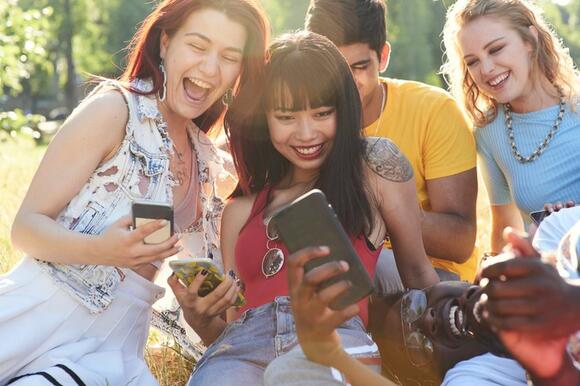 Advertising technology (adtech) companies have historically relied on cookies heavily. The Trade Desk, for example, used data from cookies to suggest where advertisers should place ads. PubMatic also uses cookies to ensure that ads on a publisher's site -- the site of the company selling ad space -- won't degrade the user experience.

However, many companies are quickly jumping ship on cookie usage. Companies like Microsoft (NASDAQ: MSFT) and Apple (NASDAQ: AAPL) have banned cookies on their web browsers. The only company yet to prohibit cookies is Alphabet 's (NASDAQ: GOOG) (NASDAQ: GOOGL) Chrome, but its ban is scheduled for 2023, so the end is near for cookies on web browsers.

So how are adtech companies like The Trade Desk and PubMatic adapting to this major change? Both companies are embracing the major innovation that changes how advertisers can effectively reach their target audiences, and these innovations allow for a new level of privacy for consumers.

How is The Trade Desk adapting?

The Trade Desk has developed Unified ID 2.0 (UID2), which is rapidly becoming the industry standard replacement for cookies. It is free for advertisers and publishers to create pseudonymous identities for their users. Unlike cookies, UID2 does not compromise the privacy of a consumer without their consent, acquiring data -- like an email address -- only after it is voluntarily given by the consumer.

This gives advertisers, publishers, and consumers the benefit of cookies without compromising the privacy of consumers -- a win for all parties. The Trade Desk also benefits from all of this. While UID2 might be a free platform, it uses the partnerships it creates and the data collected to further itself as the leading buy-side adtech platform. The company currently is the primary place that advertisers go for their programmatic advertising needs, and the data and partnerships the company receives through UID2 will only make their platform stronger.

Some of the partnerships the Trade Desk has made with UID2 show just how broad-reaching this platform is, and the Trade Desk will likely capitalize on it. The company recently reached a partnership with the leading over-the-top (OTT) streaming platforms in Southeast Asia that demonstrates that UID2 has the potential to be addopted across the world.

The Trade Desk is already amazingly successful and profitable: It brought in over $300 million in revenue and $59 million in net income in Q3 2021 alone, but the success of UID2 will likely propel these figures forward. It makes sense that as an emerging leader in the future of advertising, it trades at 37 times sales, but considering that global ad spend is $763 billion today and growing, I think shares are worth paying up for .

How is PubMatic adapting?

The Trade Desk might have the industry-leading open-source tool, but that does not mean other adtech companies cannot succeed. The Trade Desk operates on the buy side, meaning it is focused on the success of advertisers. However, PubMatic is on the sell side, meaning it is focused on publishers making the most bang for their buck. Another important factor is that most of the volunteered data on UID2 comes from the publishers' sites.

This makes PubMatic incredibly valuable. As one of the major sell-side platforms, it has 1,370 publishers collecting data. PubMatic has created what it calls an Identity Hub, which serves as an intermediary between publishers and UID2 -- along with dozens of other cookieless identifier solutions. The Identity Hub collects data from publishers, who, in turn, get access to the vast number of advertisers using UID2 and other platforms. This unlocks many advertisers that could potentially advertise on the publisher's site, making the site much more valuable.

Over two-thirds of Q3 revenue came from the Identity Hub, showing that PubMatic is seeing lots of success in the area. If it continues to grow its Identity Hub solution, it has the potential to become one of the leading sell-side platforms in the adtech space. At just seven times sales, the stock doesn't have a lot of success priced in today, despite Q3 revenue growth of 54% year over year and a net income margin of 23%. If the company can succeed in this cookieless environment, PubMatic shares could skyrocket.

They just revealed their ten top stock picks for investors to buy right now. The Trade Desk is on the list -- but there are nine others you may be overlooking.

A "moonshot" stock in a bearish market.
MARKETS・2 DAYS AGO

Warren Buffett and Berkshire Hathaway recently revealed they have sold their last remaining investment in Wells Fargo.
STOCKS・22 HOURS AGO
The Motley Fool

It may not be as scary as homeowners expect.
REAL ESTATE・2 DAYS AGO
electrek.co

As part of a lawsuit between shareholders and Elon Musk regarding his “funding secured” tweet, new text messages and emails between Musk and people involved have been released. The communications pretty much confirmed how most people saw the situation: Elon Musk took a meeting with the head of...
BUSINESS・25 DAYS AGO

The discount retailer provided its first-quarter earnings and an update for the year, and Wall Street didn't like what it saw.
STOCKS・23 HOURS AGO
The Motley Fool

Go off the beaten path to increase your dividend income with these three names.
STOCKS・2 DAYS AGO
The Motley Fool

An astounding lack of cashflow is Walmart's biggest problem.
BUSINESS・1 DAY AGO
The Motley Fool

Carnival: What Nobody Talks About

Reopening from the pandemic is excellent news, but has Carnival taken on too much water already?
INDUSTRY・2 DAYS AGO
The Motley Fool

The start of a new bull market in the technology sector is a matter of when, not if.
STOCKS・1 DAY AGO