This year will be a big test for cannabis company Sundial Growers (NASDAQ: SNDL) . With one recent acquisition closed and another that could be complete in the next few months, the business is undergoing some significant changes that will likely dictate the direction of its share price this year.

In 2021, its stock was up over 400% at one point and ended up finishing the year with a 22% gain -- far better than the Horizons Marijuana Life Sciences ETF , which fell 19%. Can Sundial continue to outperform the broad marijuana index, or will 2022 be a tougher year for the stock? 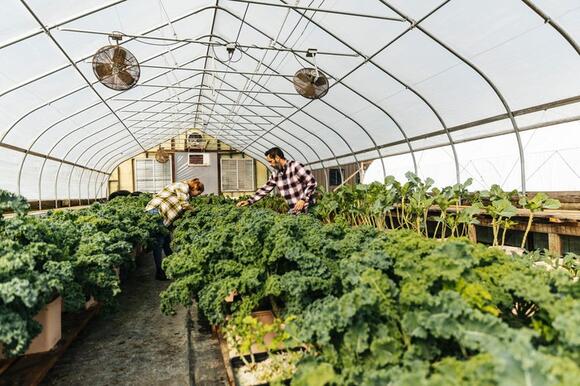 Why its shares could skyrocket

There are multiple scenarios where I can see Sundial having a great year.

The first way is through posting strong quarterly results. In two of its last three periods, the company has reported positive adjusted earnings before interest, taxes, depreciation and amortization ( EBITDA ). Many marijuana producers in Canada struggle to stay out of the red, and if Sundial can continue to record positive numbers on its bottom line, that can help make it a more attractive stock to buy compared to its peers. And if it can accomplish that while also getting the boost it'll likely get from recent acquisitions, including alcohol retailer Alcanna (which has cannabis shops in its portfolio through its subsidiary Nova Cannabis ), that will only make the pot stock look that much more impressive. Canadian pharmaceutical and cannabis company, Tilray recently posted its quarterly results. And while it recorded a profit, its sales were down 8% on a quarter-over-quarter basis; growth in the cannabis sector is hard to come by. Balancing that with strong adjusted EBITDA numbers can make Sundial a top stock to own.

Another reason Sundial may skyrocket is its popularity with retail investors. The stock has proven that it can attract a lot of hype. In 2021, that excitement led to its shares jumping to a high of $3.96 -- a price it would have likely never reached if not for the power of retail investors and its popularity on Reddit forums. Alas, today, at less than $0.60, it's nowhere near that value. But it's not just Sundial that is struggling; the sector as a whole has seen better days. In the past six months, the Horizons Marijuana Life Sciences ETF has crashed 40%, while Sundial's decline has been more modest, at 33%. If there's some catalyst, such as a bill that would legalize pot in the U.S. that's making progress and puts marijuana stocks at the forefront, that could send Sundial and other pot stocks surging. And with Sundial being one of the more popular ones in the sector, it could stand to benefit the most from such a development.

In both of these scenarios, however, a lot would need to go right for either the industry or Sundial itself for the stock to take off.

Why Sundial could crash

It's not hard to see why Sundial's stock could crash this year. The company is a dilution machine, and between share issues and warrants, that could drive the stock down, even if it performs well. During the past 12 months, the company has issued common stock worth more than 1.2 billion Canadian dollars. A problem for Sundial is that it hasn't been generating positive cash flow. While it is posting positive adjusted EBITDA, it consistently burns through cash, and over the past four quarters, it has used up CA$173 million in its day-to-day operating activities. That doesn't include what it has spent on acquisitions, which has totaled more than CA$400 million during the same time frame.

What may exacerbate the issue is its acquisition of Alcanna (which remains pending but should close in the first quarter of this year) and also retail pot shop operator Inner Spirit -- that transaction closed in July 2021. These acquisitions, while promising for Sundial's future growth, could be a drag on its cash flow this year.

The positive is that as of Nov. 9, 2021, Sundial had CA$571 million in unrestricted cash on hand, providing it with plenty of cushion to keep its business afloat before it may need to issue more shares.

Which scenario is more likely?

In terms of probability, a crash in Sundial's share price looks more likely than the stock skyrocketing. Sundial may be in for some hard times ahead as it gets into a highly competitive retail pot market. Although it has generated some decent results of late, that may not be sustainable because expenses are likely to increase. And I'm not overly optimistic about U.S. legalization giving it a lift, either. U.S. President Joe Biden hasn't indicated he's in favor of legalizing pot, and that looks like a long shot in 2022, at best.

If you're thinking about investing in Sundial, you may be better off waiting until 2023 to reassess the business, as the next 12 months likely won't be easy ones for the company. And at the end of it, its share price could be a heck of a lot cheaper than it is right now.

Here's The Marijuana Stock You've Been Waiting For
A little-known Canadian company just unlocked what some experts think could be the key to profiting off the coming marijuana boom.

And make no mistake – it is coming.

Cannabis legalization is sweeping over North America – 15 states plus Washington, D.C., have all legalized recreational marijuana over the last few years, and full legalization came to Canada in October 2018.

And one under-the-radar Canadian company is poised to explode from this coming marijuana revolution.

Because a game-changing deal just went down between the Ontario government and this powerhouse company...and you need to hear this story today if you have even considered investing in pot stocks.

Simply click here to get the full story now.

These stocks have been big winners in the past and they could rise even more over the next decade.
STOCKS・2 DAYS AGO

A 5x return isn't a slam dunk with these stocks. But it's not a farfetched proposition.
STOCKS・19 HOURS AGO
The Motley Fool

Among the Dow Jones Industrial Average's 30 components are three that analysts believe could more than double over the next year.
STOCKS・2 DAYS AGO
The Motley Fool

Berkshire Hathaway stock has a long history of beating the market, and is well-positioned to outperform in the future.
STOCKS・15 HOURS AGO
The Motley Fool

Your financial goals define the role dividend stocks can play (or not play) in your portfolio.
STOCKS・1 DAY AGO

Brookfield Infrastructure is performing quite well during the current market downturn.
STOCKS・20 HOURS AGO
The Motley Fool

REITs can be a port in the economic uncertainty storm.
STOCKS・2 DAYS AGO

You don't need to beat the market by much to triple the value of your portfolio in a decade. These two stocks should hit that target early and keep going for decades beyond that.
STOCKS・2 DAYS AGO
The Motley Fool

Market Rebound? Not for These 2 Marijuana Stocks

These beaten-down digital assets are backed by a compelling investment thesis.
STOCKS・2 DAYS AGO