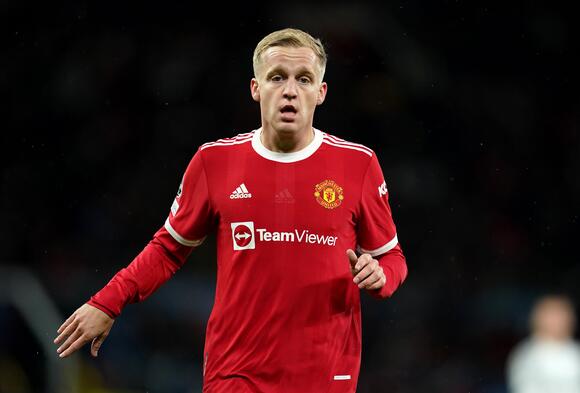 Donny van de Beek has rejected his reported loan deal to Newcastle from Manchester United, according to the Telegraph. The 24-year-old midfielder had been in the sights of the Magpies as they battle against relegation, but the club’s unstable position was also said to be what caused Van de Beek to turn the deal down.

Newcastle have struggled with other transfer prospects too but, according to the Daily Express, the club is optimistic a deal for Sevilla defender Diego Carlos can be closed this week. The 28-year-old Brazilian reportedly wants to move to the Premier League and seems undeterred by the Magpies’ bad run. The club are also still interested in Liverpool’s Nat Phillips and Tottenham’s Joe Rodon, according to the paper. 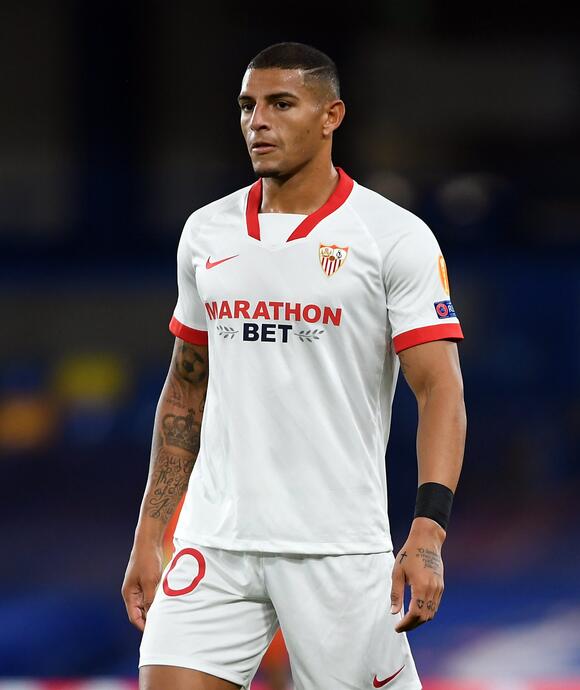 The Mirror reports that Arsenal are targeting Djed Spence , who has impressed while on-loan at Nottingham Forest. The 21-year-old Middlesbrough right-back drew the attention of Arsenal manager Mikel Arteta with his performance against the Gunners in the FA Cup. The paper reports that Spence would be valued around £10 million by Middlesbrough and that any deal would have to be done on a loan back basis. But the player is also reportedly being watched by Italian clubs Roma and Inter Milan.

The Gunners have also made an official offer for Fiorentina striker Dusan Vlahovic , according to the Metro. Arsenal’s interest in the player has been well reported in recent weeks, as were rumours of a player-plus-cash deal according to the Italian paper Corriere Della Sera cited by Metro, with an offer of £50 million and Lucas Torreira on the table.

Ronald Araujo : The 22-year-old Barcelona centre-back is drawing interest from big names in the Premier League, including Manchester United, Liverpool and Chelsea, according to Spanish publication Marca.

Ousmane Dembele : The 24-year-old French winger may leave Barcelona for Manchester United or Juventus, according to Spanish publication Sport.

Kevin De Bruyne reflected on his best title yet after helping Manchester City to their fourth Premier League success in five seasons.The Belgian playmaker was City’s star man as they held off the challenge of Liverpool in a thrilling run-in before completing the job with a dramatic comeback victory over Aston Villa on Sunday.That De Bruyne ended the campaign widely and comfortably regarded as City’s player of the year speaks volumes for his inspirational qualities, considering that the first half of his campaign was marred by fitness problems.Champions’ Spam part 1! 🤪🏆🫣 pic.twitter.com/vjXQloXukH— Kevin De Bruyne (@DeBruyneKev) May 22, 2022His...
PREMIER LEAGUE・4 HOURS AGO
The Independent

Manchester City’s plan was to go 2-0 down against Villa, jokes Pep Guardiola

Pep Guardiola joked it had been part of his plan all along that Manchester City should fall 2-0 behind against Aston Villa as his side celebrated their fourth Premier League title in five years with a city-centre parade on Monday.A day after City added another incredible comeback story to their history, scoring three goals in six minutes to beat Villa 3-2 and edge out Liverpool by a single point, City shared the moment with thousands of supporters along Deansgate.Guardiola then appeared on stage puffing on his now customary cigar to thank fans.“It was the plan, 0-2, calm, calm,” Guardiola said...
PREMIER LEAGUE・5 HOURS AGO
The Independent

Everton striker Dominic Calvert-Lewin has revealed he “endured some of the most difficult times” of his career and life this season and said “talking saved my life”.The England international struggled with injuries in the 2021-22 campaign and his club narrowly avoided Premier League relegation.He shared the news on social media, urging young people not to suppress emotions. View this post on Instagram A post shared by Dominic Calvert-Lewin (@domcalvertlewin)“On a personal note I have had to dig deep within myself at times...
PREMIER LEAGUE・4 HOURS AGO