Which Africa Cup of Nations matches are on TV today? Kick-off time, channel and how to watch 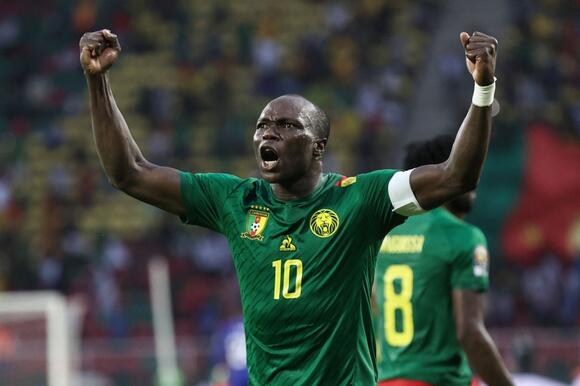 The Africa Cup of Nations has reached the last batch of group-stage games and the hosts, along with their Group A rivals, will be the first nation to complete their opening fixtures.

Cameroon have impressed so far as one of the more attack-minded, adventurous sides of the tournament - putting four goals past Ethiopia certainly helped in that regard last time out. They are on six points, with Burkina Faso and Cabo Verde both on three and Ethiopia pointless after two games.

There’s still everything to play for though, for all four sides: Second place guarantees progression to the last 16, but four third-placed teams from the groups will also go through.

As such, a final-game win could prove all-important, particularly with the amount of late points which have been won across the last week or so at the tournament.

Here’s everything you need to know ahead of Monday’s games.

Who is playing and what time are the matches?

The final two Group A games will be played simultaneously, kicking off at 4pm GMT.

Burkina Faso against Ethiopia will be played in Bafoussam.

Where can I watch them?

Cameroon vs Cabo Verde will be broadcast live on Sky Sports Main Event and Sky Sports Football, while Burkina Faso vs Ethiopia is on Sky Sports Premier League. Both fixtures can be streamed on the Sky Go app for subscribers. If you’re not a Sky customer you can grab a NOWTV Day Pass here to watch without a subscription. We may earn commission from some of the links in this article, but we never allow this to influence our content. This revenue helps to fund journalism across The Independent.

Liverpool fans converge on Paris ahead of Champions League decider

Liverpool fans, many without tickets, have told of their “mammoth” journeys to Paris for the Champions League final.The Reds will take on 13-time winners Real Madrid at the Stade de France, just north of the city, on Saturday, with supporters beginning to flock over.Up to 70,000 fans are expected to arrive, according to local authorities, with some leaving early in the morning and driving for 10 hours.One supporter, James Richards, 24, from Birkenhead, told the PA news agency: “I left around 4am yesterday, I’m not looking forward to leaving here but I had to be here with the lads.“I don’t...
PREMIER LEAGUE・2 HOURS AGO
The Independent

Harvey Elliott is itching for action but determined to soak up the occasion regardless of whether or not he features in the Champions League final.The 19-year-old midfielder hopes to be on the bench at least as Liverpool take on Real Madrid for European club football’s top prize at the Stade de France in Paris on Saturday.That would underscore an impressive rise for the boyhood Liverpool fan, who four years ago was in the crowd as the Reds were beaten by the Spanish giants in the final in Kiev.“I am still supporting the team as a fan but to be able...
PREMIER LEAGUE・3 HOURS AGO
The Independent

Is Karim Benzema the deadliest finisher in Europe? Dissecting the data behind the world’s best goalscorers

After one of Karim Benzema’s 10 goals during the Champions League knockouts, someone on BT Sport declared we were watching “the best finisher in the world” (I forget who or when, but I think the quote was rounded off with a “Fletch”).It is hard to argue with this statement. Benzema has had an incredible season, scoring 44 goals in 45 games, including 15 in the Champions League which puts in reach Cristiano Ronaldo’s record of 17 in a single campaign – Benzema scored hat-tricks against PSG and Chelsea, and it is not unimaginable that he might leave Saturday’s final against...
UEFA・1 HOUR AGO
The Independent

Northern Ireland boss Ian Baraclough says Kyle Lafferty deserves his international recall at the age of 34 after helping Kilmarnock into the cinch Premiership.Lafferty, a hero of Northern Ireland’s successful Euro 2016 qualifying campaign and the second top scorer for his country’s men’s team, has been selected for next month’s Nations League fixtures against Greece, Cyprus and Kosovo.“I suppose it was big news when Kyle was left out of the squad previously, but the door was never closed on him,” Baraclough said.🔥 Your Northern Ireland squad for the upcoming @UEFA Nations League games! #GAWA #NorthernIreland ➡️ https://t.co/chuvp3ABpE ⬅️ pic.twitter.com/cUtj5ZcbuN— Northern...
WORLD・2 HOURS AGO