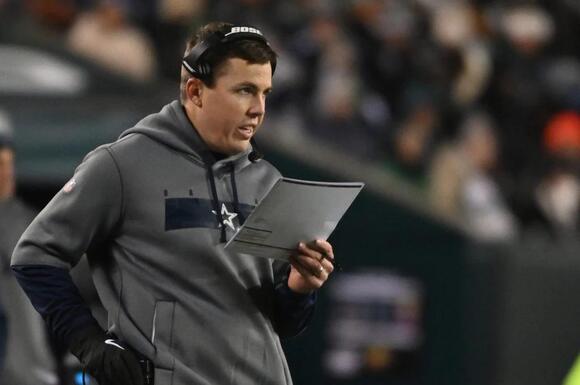 First off, Dallas committed a franchise playoff record 14 penalties in what ended up being a narrow 23-17 home loss to the 49ers.

For his part, McCarthy drew the ire of the football world by playing it conservative with the team down 16 in the second half.

However, it’s the final play of the game that has people talking. With just 14 seconds left and no timeouts, Dak Prescott executed a designed run. Unfortunately, the Cowboys were not able to get another play off — ending the game in the process.

Following the game, it’s being reported Kellen Moore actually called the designed run , not Mr. McCarthy. According to NFL insider Mike Silver, McCarthy was on the headset and was alright with the play call.

That’s just all sorts of horrible right there. Dallas was driving down the field and had time to throw one more pass on the outside before trying for a game-winning touchdown. Instead, the team called the one play that just didn’t make any sense. It’s not a great look for Moore, McCarthy and Co.

Ahead of Sunday’s loss, it was reported that McCarthy’s job might be on the line if a 12-5 team exited from the NFL Playoffs early. Now that this has happened, there’s growing rumors that McCarthy could in fact be out of a job.

It’s something a visibly upset Jerry Jones did not want to touch on after the game .

“I don’t even want to discuss anything like that at this particular time,” the longtime owner told reporters at AT&T Stadium.

Jones also went on to say that a team with this combination of talent should not be exiled in the Wild Card round of the NFL Playoffs. That’s hard to disagree with.

The backdrop here is interest in Kellen Moore as a head coach from multiple teams. Perhaps, that’s one of the reasons McCarthy’s seat is relatively hot at this point. 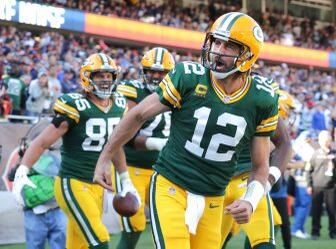 However, it’s also safe to assume that Moore’s play call on that Prescott run will be a subject of conversation in interviews with other teams.

As for the Cowboys, they have not made it to the NFC Championship Game in over a quarter-century. Despite finishing 12-5 during the regular season, we’re now looking at a long off-season in Big D. Sunday’s horrible performance adds another layer to that.

pure stupidity to call this play with what time was left.but the game wasn't lost because of this bad call.with the players they have and to play as bad as they did they got serious problems.teams with less then half the talent on them playing better ball.

With that last call it looked like Dallas wanted to lose the game. Suppose there was some big money on that? just asking.

The Dallas Mavericks made one of the best decisions in the 2018 NBA Draft when they selected Jalen Brunson out
DETROIT, MI・2 DAYS AGO
Sportsnaut

Set to become a free agent this past offseason, the Cincinnati Bengals made sure to place the franchise tag on
CINCINNATI, OH・4 HOURS AGO
Sportsnaut

It doesn’t take much to spark a frenzy among the NFL community. Our latest example of this craze came when
NEW ORLEANS, LA・1 HOUR AGO
Sportsnaut

Las Vegas Raiders: Why the Bryan Edwards trade made sense with the new McDaniels system

Who doesn’t need a 6-foot-10 forward with 3-point range and an on-your-head dunk mindset? That’s what oddsmakers are asking about
NBA・2 HOURS AGO

If you are one of those people who despise NFL legend Tom Brady and would very much enjoy a public
TAMPA, FL・2 HOURS AGO
Sportsnaut

TCU baseball had a historic day on Saturday when the program posted an insane 30 runs in one game. Suffice
FORT WORTH, TX・2 DAYS AGO